Has Meghan Markle alienated Prince Harry from all of his friends? One tabloid’s cover story claims Harry is trapped in a “lonely world.” Let’s take a look at the rumor.

Read Also: Queen Elizabeth Gifting Prince Harry A Cottage On Her Estate To Get Away From The U.S.?

This week’s edition of Us Weekly reports Prince Harry feels “trapped” by his wife Meghan Markle. After moving from the UK to Los Angeles, it’s likely Harry and Markle aren’t as close as they once were to some old friends. But the outlet insists Harry is growing weary of his lonely domestic life. An insider tells the tabloid, “Harry lives a pretty solitary life these days.” 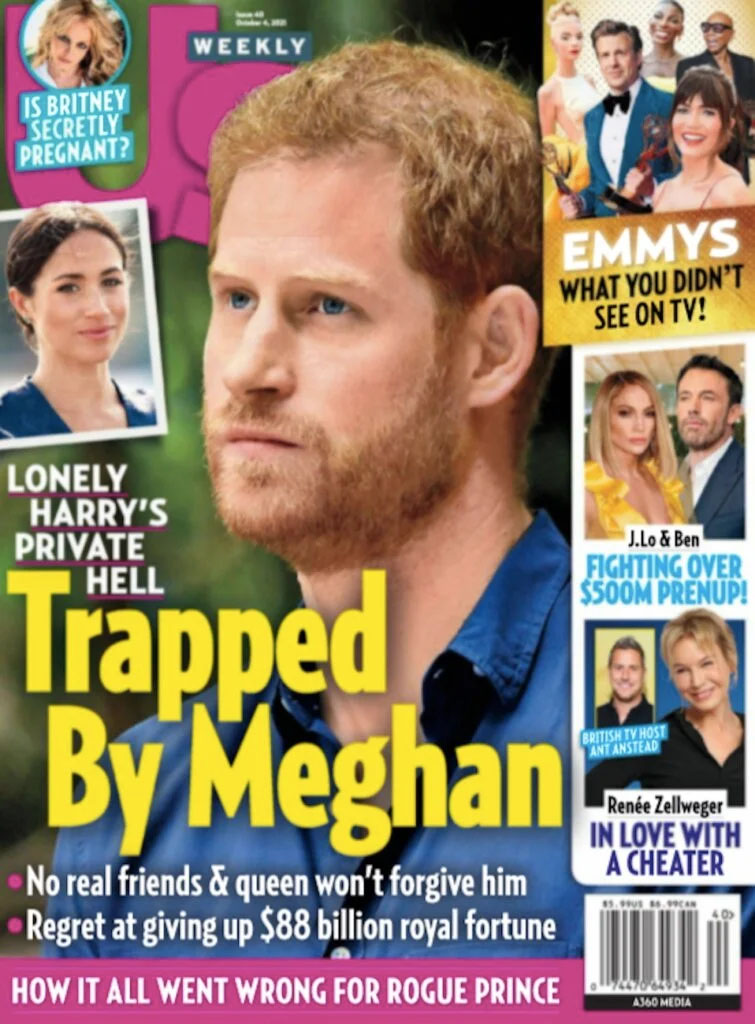 According to the report, Harry spends his downtime riding his bike around Montecito or hiking. “Harry says he loves being able to move around unrecognized,” the tipster dishes, “but some of his old friends find it hard to believe. It’s like he’s in hiding. It’s very out of character for him.”

Read Also:  Kate & Will reveal they have “lots of chickens”, just like Meghan & Harry

The magazine recalls that Harry was “the life of the party” back in England. “He was very social,” another source adds. “He loves doing normal things like hanging out with friends at the local pub.” But now, he and Markle “rarely leave the house.”

The outlet notes that Harry has struggled to make friends in the U.S. An alleged neighbor of the couple says Harry “goes through bouts of loneliness,” and also calls him and Markle “an immensely private couple.” According to the magazine, Harry was much happier during his days as a working royal before he met Markle.

And after giving a status update on Harry’s “shaky” relationship with his royal relatives, the magazine claims Markle has too much control over Harry. “It’s one thing to be madly in love, but the feeling among the Cambridges and Harry’s dad, Prince Charles, is that he’s turned into Meghan’s personal puppet,” the snitch explains. “It’s like he can’t see beyond it anymore.”

The source remarks that Harry and Markle’s tumultuous relationship is bound to give. “The honeymoon period doesn’t last forever,” the insider jabs. But, finally, the tabloid tries on a more positive outlook. According to yet another insider, Harry “is excited about what the future holds.”

This source purports, “He has a ton of exciting projects on the horizon in America and globally and is dedicated to being the best husband and father he can be. He and Meghan are going to grow old together,” adding, “They have each other’s backs no matter what.”

So, according to the tabloid, Harry is miserable and being controlled by Markle, but is also super excited about the future and has a totally solid relationship with his wife? It’s clear from the magazine’s lack of consistency that there is no real story here.

First of all, Markle and Harry had a healthy social life before they were forced to limit social interaction because of the COVID-19 pandemic. Furthermore, they just had another baby together back in June. As many parents could probably attest, raising children puts a damper on your social life.

Harry has been pretty vocal about the fact that he was struggling with his mental health as a working royal, so it’s a bit heedless to say he was “happier” back then. And between raising two kids, working with multiple charity organizations, working on projects for both Netflix and Spotify, and writing a memoir, who can blame Harry for not “hanging out with friends at the local pub” every day? This report was just an attempt to further villainize Markle, and it was executed very poorly.

Read Also: [VIDEO] Harry And Meghan Get Caught With Their “Pants Down” by a Rolling Camera

The tabloids are constantly casting doubt on Prince Harry and Meghan Markle’s marriage. Not long ago, Life & Style reported Harry and Markle were on the outs after a series of “huge fights.” Then WHO claimed Harry was relishing a “new life without Meghan.” And more recently, In Touch claimed Harry was begging Markle to stop spending so much money on clothes. Clearly, the tabloids aren’t reliable when it comes to the Sussexes.

Adele Marrying New Boyfriend After Only A Few Months Of Dating?

Prince Harry Fed Up With ‘Being Eclipsed’ By Meghan Markle?