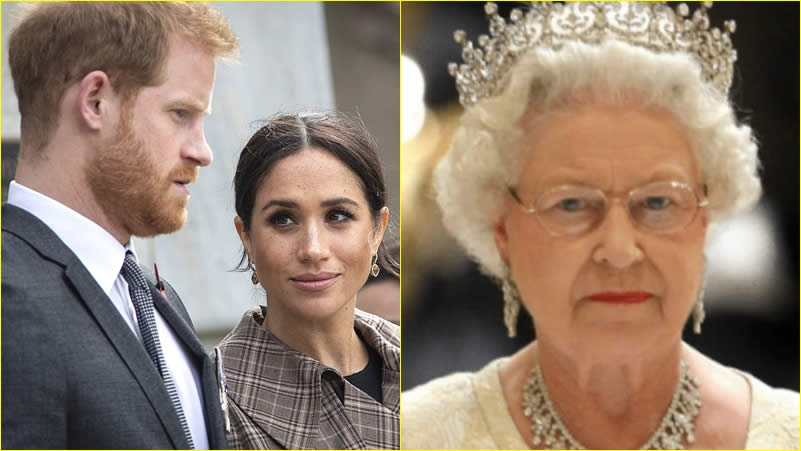 Meghan Markle and Prince Harry planned to release a new chapter of Finding Freedom, but it is already not well-received by a royal author.

PEOPLE Magazine shared a sneak peek this week of the upcoming new chapter of Finding Freedom. While the book’s existence has been long criticized by royal fans, it will indeed receive more condemnation since the couple took a swipe at the Queen.

The news outlet quoted the part of the book that sent shockwaves to Angela Levin.

The part reads, “The Queen’s ‘recollections may vary’ comment ‘did not go unnoticed by the couple, who a close source said was ‘not surprised’ that full ownership was not taken.”

A friend of Meghan, reportedly, asked her how they can move forward from the Queen’s “little accountability.”

Read More: ‘No more Nice Queen’ as she ‘fights back’ against Prince Harry and Meghan Markle

According to the royal commentator and biographer, if what was written was true, the Duke and Duchess of Sussex’s arrogance already reached the limit. The couple’s lack of respect can also be seen on that part.

Related: Queen to hold Crucial talks with Harry and Meghan

One said, “Will they ever stop attacking the RF? What do they want? They’ve chosen their path away from the RF. It was accepted by the RF but they continue to attack.”

“Lack of respect is baked into these two — and their lapdog as well. It’s the bitterness, constant stabbing with a thousand little knives at his grandmother, and lack of remorse that I find reprehensible. I still stand with HMTQ and her poise and dignity,” another added.

It was not the first time Prince Harry and Meghan mentioned Queen Elizabeth II, though. During their interview with Oprah Winfrey, Meghan said that there were “concerns and conversations” within the royal family ever since she entered the firm.

She also alleged that joining the royal family caused her to suffer from mental health problems. These issues even, reportedly, caused her to have suicidal thoughts.

In return, Buckingham Palace released a statement, saying that the family will address the recollections privately.

More: Queen hits back at Meghan and Harry after Damning tell-all

Currently, Meghan is also facing bullying claims, and the Palace already launched investigations to look into the issues.

Royal Family fury as Prince George’s brutal mocking not as bad as The Crown: ‘Tosh!’