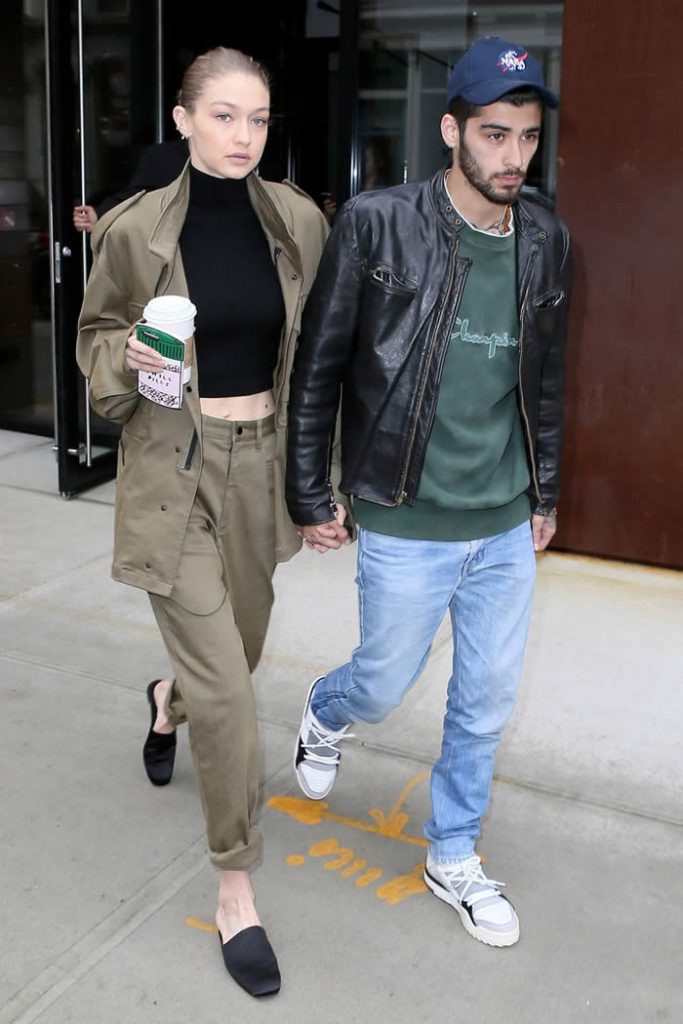 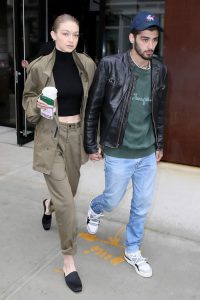 Things are looking bright for Gigi Hadid and Zayn Malik. After celebrating Hadid’s 22nd birthday this past weekend, the young couple stepped out in stylish sync yesterday afternoon in New York.

The forecast was overcast and drizzly, but the rain didn’t make a dent in their casually coordinated style. Hadid’s army-inspired jacket and pants tied in with Malik’s Champion sweatshirt in a similar shade of green, and her knit crop top also matched his weather-worn leather jacket.