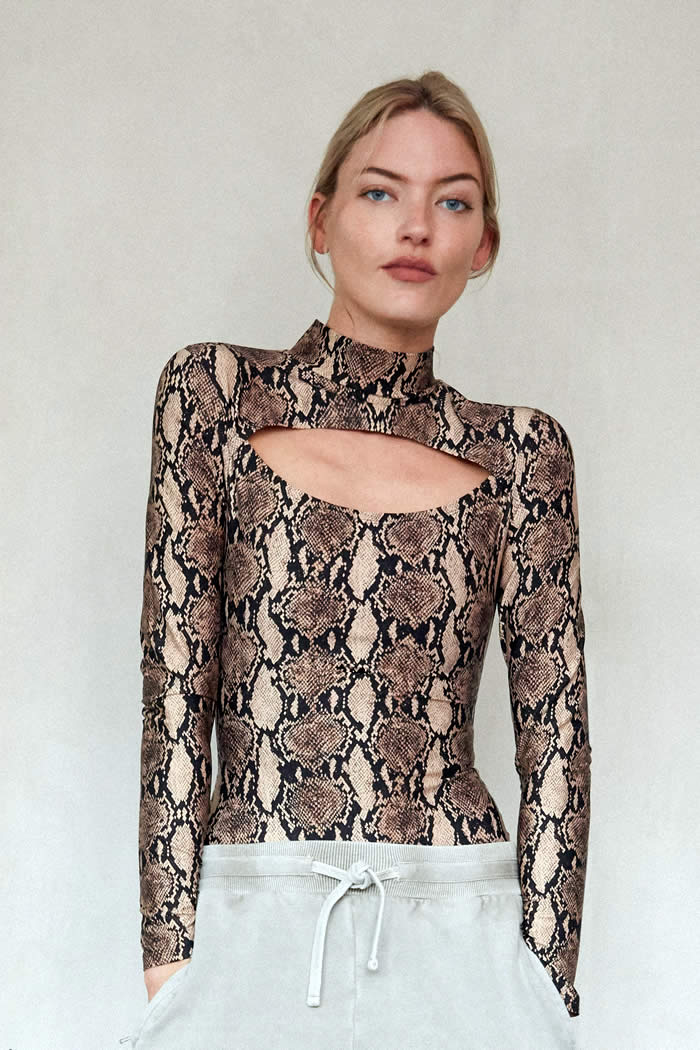 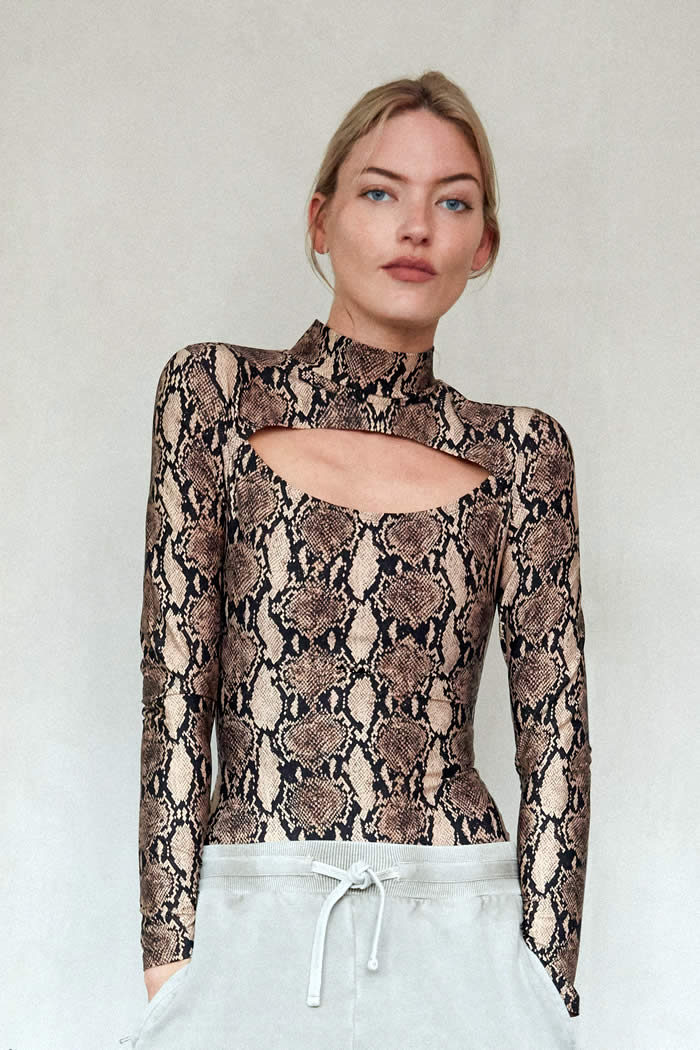 A.L.C. x Bandier will consist of about 12 pieces that can transition from the gym to home and beyond.

Bandier, the activewear retailer, is collaborating with A.L.C., the Los Angeles contemporary firm, on a fashion-meets-fitness collection, launching today.

A.L.C. x Bandier will consist of about 12 pieces that can transition from the gym to home and beyond. The lineup includes tops, leggings/jumpsuits, a hoodie and a blazer in a technical fabric. The collection retails from $98 to $198. Lieberman, who is based in L.A., said she initially met Jennifer Bandier, founder of New York-based Bandier, years ago when Bandier was working in artist development in the music industry, and Lieberman was styling musical artists. They reconnected and started talking about a collaboration about a year ago.

“It just felt so natural spending time with her and reconnecting,” Lieberman said. “It takes awhile to develop the right product and get it in the stores. It was a very thoughtful and considered collaboration from a design standpoint.”

As a longtime friend and fan of the brand, Bandier said she had been wanting to work on a collaboration for years. “The timing finally worked out for both of us, and we set out to create a collection that combined the best of both brands. The on-the-go nature of Bandier paired with the elevated feminine designs of A.L.C. came together for a collection that showcases the seamless fluidity from fashion to fitness and back,” Bandier said. Lieberman believes that her contemporary collections often have a sporty attitude, although she’s never done a true activewear line.

“We’ve often said our clothes, because of the modernity and the cutouts, and the spirit which which they are designed, there’s always been a sporty touch to it. A lot of the tenets of our design would work very well toward the world of athletics,” said Lieberman, noting that she previously did a collaboration with Nike.

According to Lieberman, the idea behind the collaboration was how to make “these perfect pieces work for a woman who is on the go and cares about herself, her self-care, exercising, and cares about the way she looks.”

“And she doesn’t have time to run home in between her Pilates and picking up her kids at school, or going to work even,” she added.

The goal, she said, was to take a performance athletic pant and design it so it can easily fold into one’s wardrobe, and have a more versatile position in one’s life.

As a brand, Lieberman said, “We lean into mature, polished casualwear. I love the track suit.…but never [have done] performance wear. We do feel that the shapes of our knitwear have always lent themselves beautifully to this world,” she said.

She tweaked some of their classic snakeskin prints and colorblocking, both identifiable with A.L.C., and their classic knits, a core item of the company, and translated it to work for performance. “The guiding North Star was, ‘Does it work for life and performance?’ That’s what drove it,” she said.

Lieberman said the collaboration at this moment is just for one season.

Asked if she would consider doing her own activewear line someday, Lieberman said, “I’m open to anything. But it’s the collaborative spirit that I love so much, but I’d never say never. More and more, people come to you what your core competency is.”

Bandier is no stranger to collaborations. This summer, the brand partnered with LoveShackFancy on a limited edition of athleticwear and accessories, “which sold out within minutes on the site and amassed an instant wait list,” Bandier said. Other collaborations she has done have been with Sincerely Jules, Solid + Striped and Stephanie Gottlieb x Carolyn Rowan, she said.

“The best collaborations are the ones where both brands come together to bring their visions to life through a shared product. We love working with unexpected brands outside of the athletic/leisure world in order to introduce a new product to the Bandier consumer that pushes the boundaries of our usual offerings,” Bandier said.

Lieberman believes that women, while still craving comfort, may want to start dressing up a little more in the spring.

I think they will want to have this performative activewear that looks modern, that has an edge, and want to pair it with things that are comfortable.…At the end of the day, women are women and want to look good.”

To get the word out about the collaboration, Bandier and A.L.C. will be running a social media campaign featuring model Martha Hunt, who will showcase pieces from the collection.

The partners also hosted a socially distanced workout class in Los Angeles on Tuesday to introduce the collection to influencers in a class led by star trainer Amanda Kloots.

Are Felicity Huffman And William H. Macy Divorcing Now That She Has Served Her Prison Sentence?