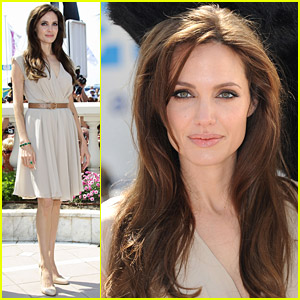 Angelina Jolie would kill to defend her family because she would do anything to protect partner Brad Pitt and their six children.

Angelina Jolie would kill to defend her family.

The Oscar-winning actress raises six children – Maddox, 10, Pax, eight, Zahara, seven, Shiloh, five, and three-year–old twins Knox and Vivienne – with partner Bard Pitt and she says she would do anything to protect them.When asked if she could kill to defend herself, Angelina replied: "I think I could, yeah. I certainly could defend my family."

Angelina is famed for charity work with war-torn countries and she admits she’s had some terrifying experiences when she’s visited them.

The UN ambassador said: "I had moments where I’ve been in a house and people have pounded on the doors and screamed at you and said, ‘We know she’s in there and we want her passport,’ and I’ve had moments recently when I went to Afghanistan, and I’ve got off the plane thinking, this is fine. And then I got there and they said, ‘The people are very angry with you. They are angry that you are a woman and you are American and you are with UNHCR (United Nations High Commissioner for Refugees), so you are the target.’

"And so they gave me a briefing and they said everybody needs to write their blood type down. There’s a guy outside with a bulletproof vest, he put his passport in the vest, because he would be the one to take me out. I wrote a note to Brad in the process and figured if anything happens he’ll find it. I was fine, but then two weeks later they did attack the UN and they killed everybody in the bunker."