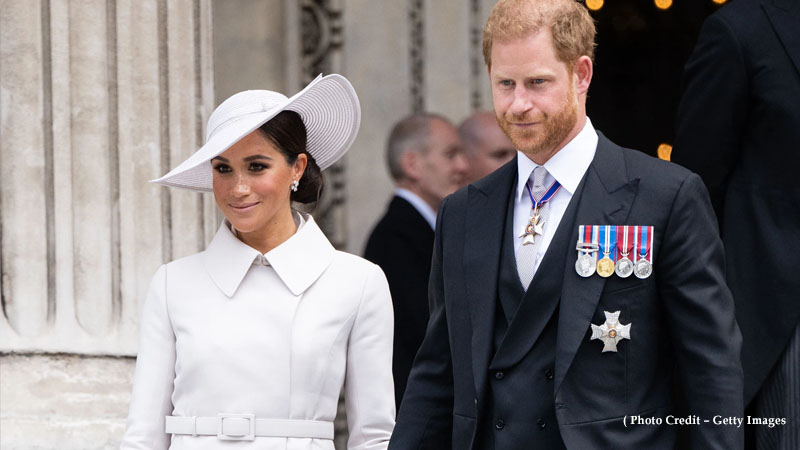 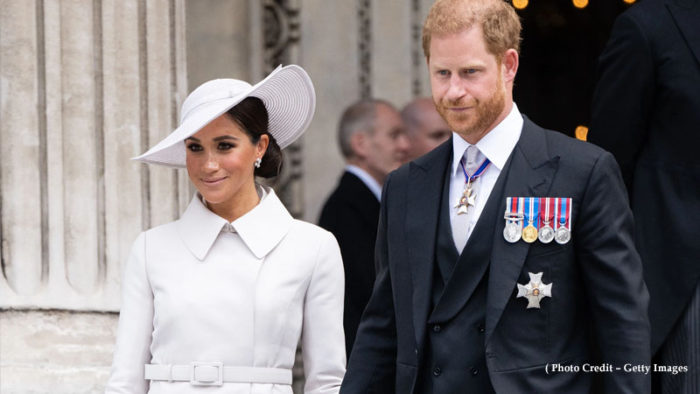 Duke of Sussex Prince Harry and Meghan Markle have dismissed rumors of their rift with a special personal video message.

The royal couple shared a special personal message for Sir Elton John on the occasion of his retirement.

Meghan and Harry made a surprise appearance on a program Elton John Live: Farewell from Dodger that was aired on Disney+ where they paid a rich tribute to the British musician.

In the video circulating on social media, Archie and Lilibet’s mother says: “Hi Elton, we just wanted to say congratulations and that we are just so proud of you and that we were able to see you on your farewell tour also.”

At the end of the video clip, smiling Meghan leans her head on her husband Prince Harry’s shoulder before blowing a kiss to the camera, apparently rejecting rumors of a rift between the couple.

Meghan had sparked rift rumors with Prince Harry when she was spotted enjoying a shopping day with her close friend in California, where she lives with the Duke and their kids Archie and Lilibet.