Eniko Mihalik found herself interested in fashion. In 2002, an innocent trip to the mall opened the door for the 15 year old's adult career. 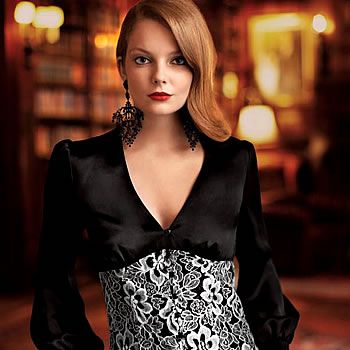 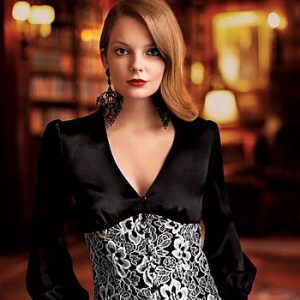 Eniko Mihalik was born on May 11, 1987, in Bekescsaba, Hungary. Born with a naturally thin frame, she was frequently badgered by other children because of it, with some going so far as to suggest she was physically ill. While being teased certainly wasn’t enjoyable for Eniko Mihalik, she ended up using the teasing as motivation later on.

As she grew up, Eniko Mihalik found herself interested in fashion. In 2002, an innocent trip to the mall opened the door for the 15 year old’s adult career. While shopping, Eniko Mihalik was approached by an agent who suggested that she try modeling. Eager to show her classmates that her skinniness could be put to good use, she took the woman up on the offer and participated in that year’s Hungarian Elite Model Look, walking away with top honors. After graduating to the international competition phase, Eniko Mihalik finished fourth, but she was poised to take further strides in the modeling world.

Eniko mihalik debuts with chanel and models for gucci:

Eniko Mihalik made her professional modeling debut in 2006 under the guidance of the legendary designer Karl Lagerfeld for his Autumn/Winter Chanel Haute Couture collection. In 2007, she would repeat the Chanel Autumn/Winter experience but also participate in shows for nine designers including Giorgio Armani, Allegra Hicks, Fatima Lopez, and Alice McCall.
In January of 2008, Eniko Mihalik was chosen by Models.com as their Model of the Week. It proved to be a good omen for the rest of the year, which saw her walk in shows for designers like Isaac Mizrahi and also make a splash in magazines, including the cover of V magazine and French Revue des Modes. Last but not least, she also joined fellow beauties Abbey Lee and Lily Donaldson as Gucci models for the Fall 2008 campaign.

Eniko mihalik on the covers of vogue and i-d:

Now a hot commodity in the modeling world, Eniko Mihalik is represented by numerous agencies, including industry heavyweights like Storm Models and Elite Model Management. She started January of 2009 with another magazine cover, but this time it was for the UK-based i-D magazine. She would also grace the May 2009 cover of the Japanese version of Vogue.
In 2009, Eniko Mihalik climbed the model ranks up to No. 16, and nowhere would her success be more visible than on the catwalk at the Spring/Summer 2009 shows. Eniko Mihalik showed off the works of more than 50 high-profile designers, including Versace, Tommy Hilfiger and Givenchy. To top it off, she added to her campaign portfolio by modeling for MaxMara and Samsonite.