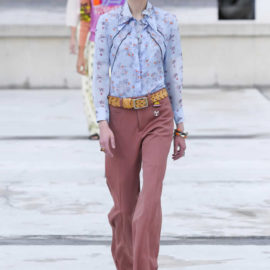 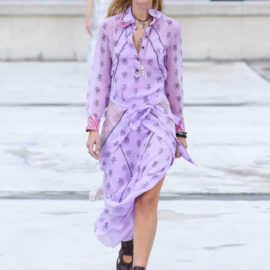 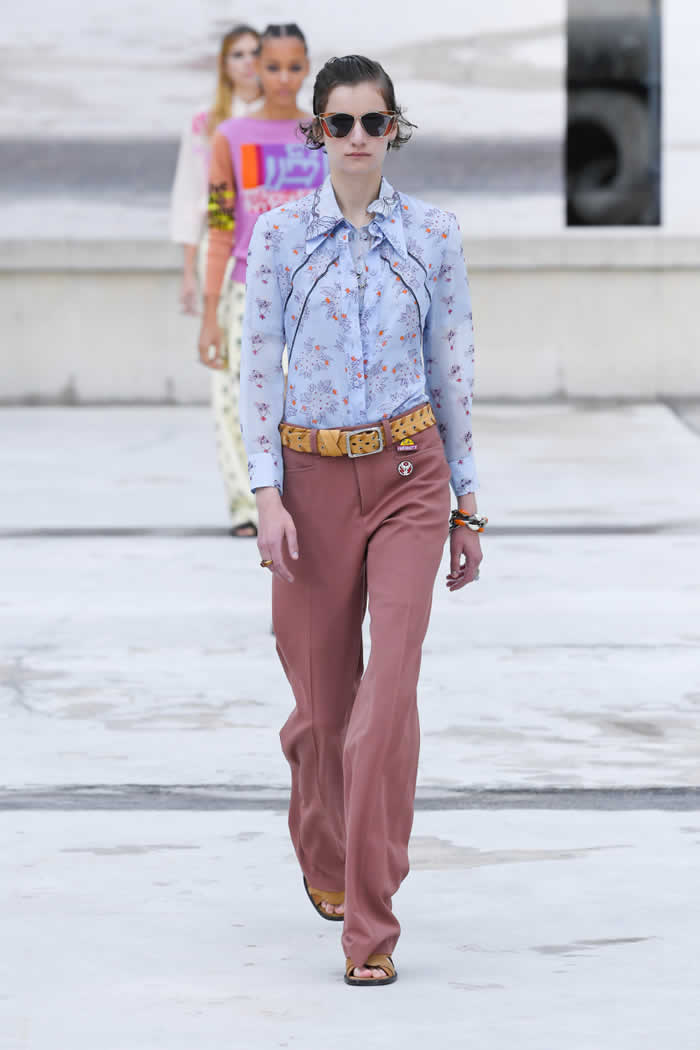 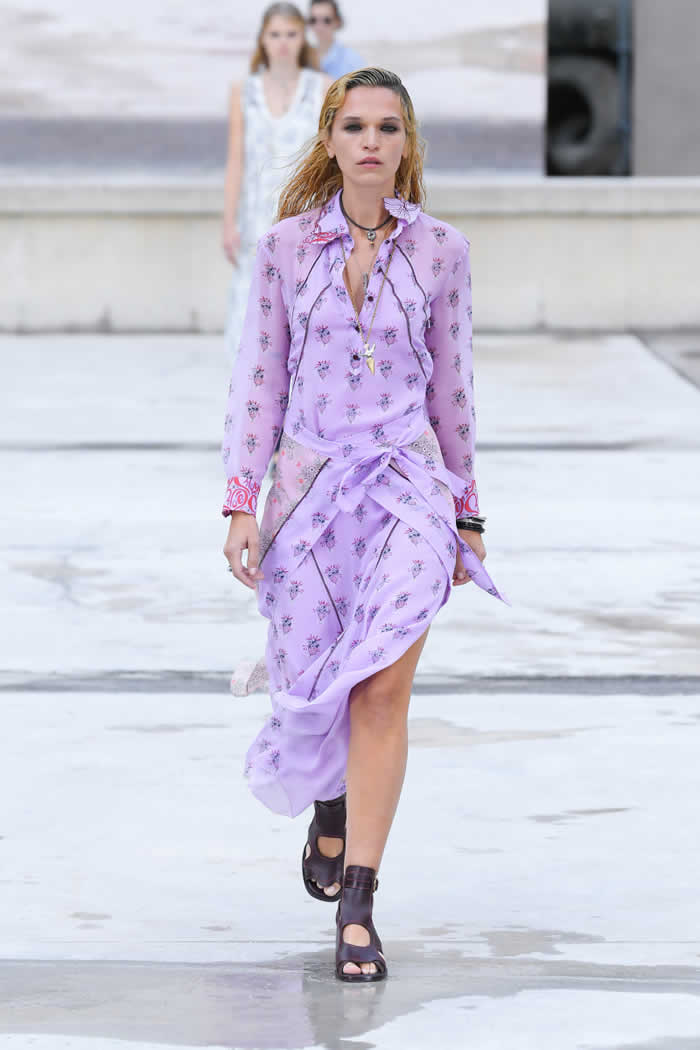 Giant screens erected at the foot of the Palais de Tokyo broadcast video footage of a well-dressed woman on a busy bridge snapping photos of the Paris scenery on her smartphone — along with some wind-blown selfies. Another screen depicted a woman in a flowing shift dress chatting with her friends on the banks of the Seine and showing off her cute Kelly green handbag.

Influencers in the wild? Nope. Here was Natacha Ramsay-Levi’s latest collection for Chloé, captured on camera in the real world nearby before they strode onto the runway set. The designer reined in her experimental tendency to focus on approachable silhouettes, including roomy three-hole dresses with delicate lines of lacework, feminine blouses, easy sweaters and those trusted, often boyish trousers for which the French house has been known.

“It was about simplifying,” she said during a preview. “You’ll see the clothes are very pragmatic.”

Ramsay-Levi has a penchant for unusual colors that she calls “washed neon,” and they certainly stood out against the pale stone square under a partly cloudy sky: Here a loosely tailored skirt suit in a melange of terracotta and salmon shades; there a long, squarish dress in an offbeat purple.

The clothes worked best when the designer was sparing with her decorative impulses: a dribble of silver, paisley-shaped doodads down the side of a white shift or a navy skirt, or Art Nouveau floral shapes appliquéd on a bib-fronted blouse.

Like Maria Grazia Chiuri at Dior, Ramsay-Levi rallies behind women artists that are often little known, and deserve a broader platform. This season, she homed in on the late Corita Kent, a religious sister who won acclaim in the Sixties for her slogan-based works about poverty, racism and war, and her messages of peace and social justice.

Further nudging a woman-focused brand toward a wider purpose, Ramsay-Levi placed the word “Hope” on the hip of a simple white shift, while slogans on T-shirts and sweaters included “I can handle it,” and “For emergency, use soft shoulder.”

“I picked those because I think they’re very strong messages of optimism. But also of actions,” she reasoned.