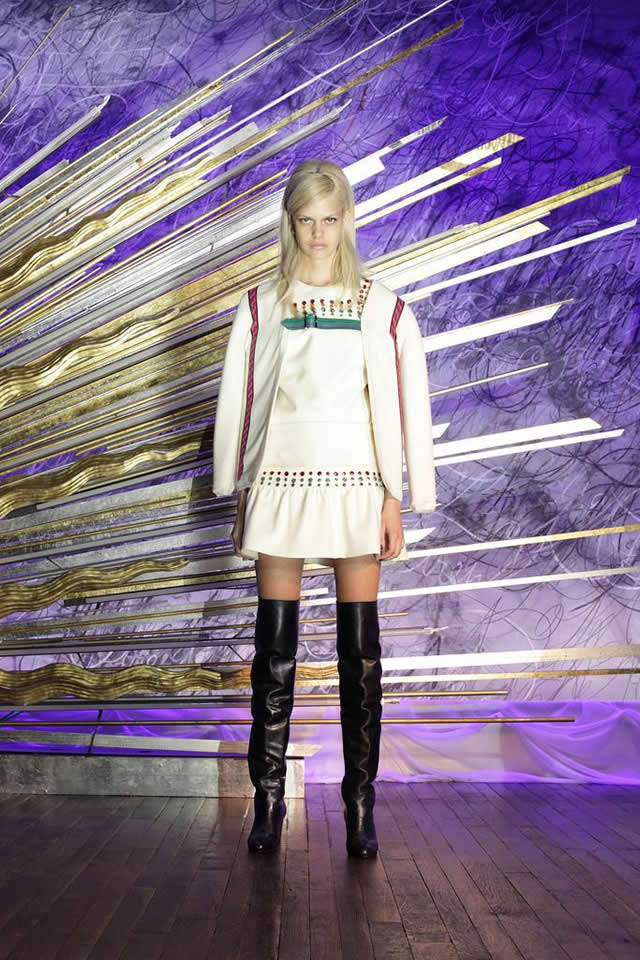 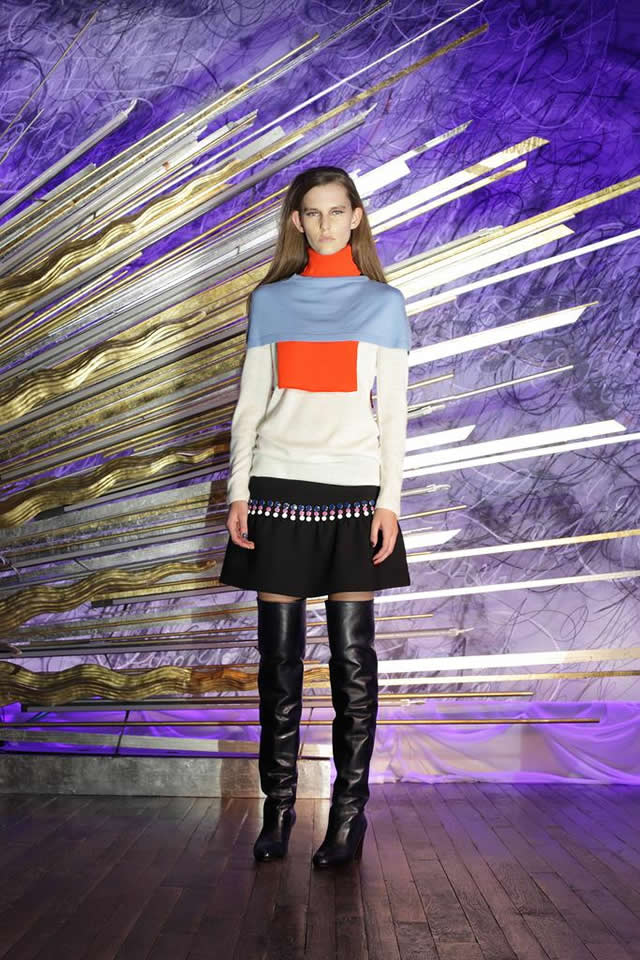 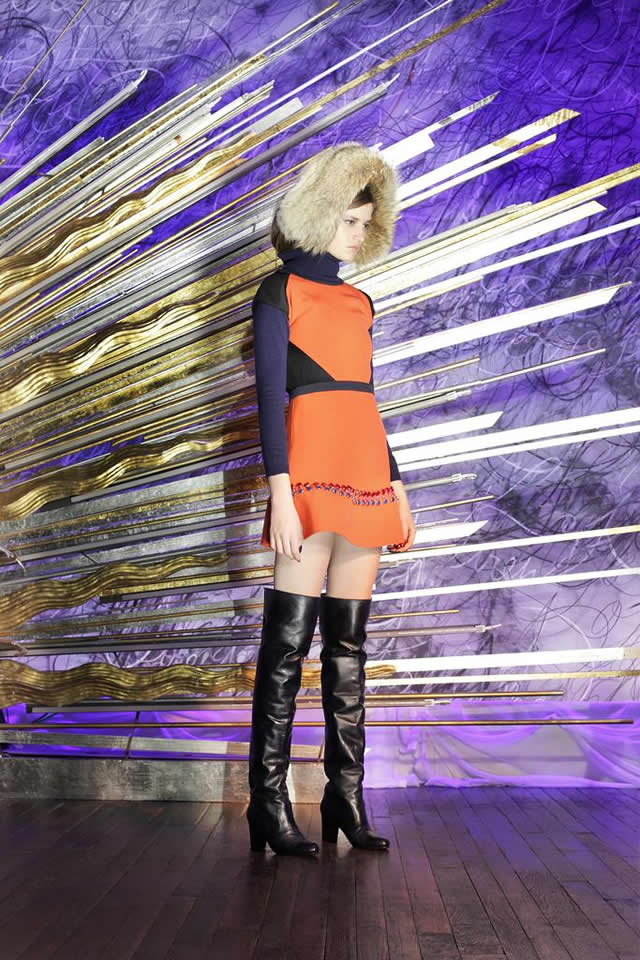 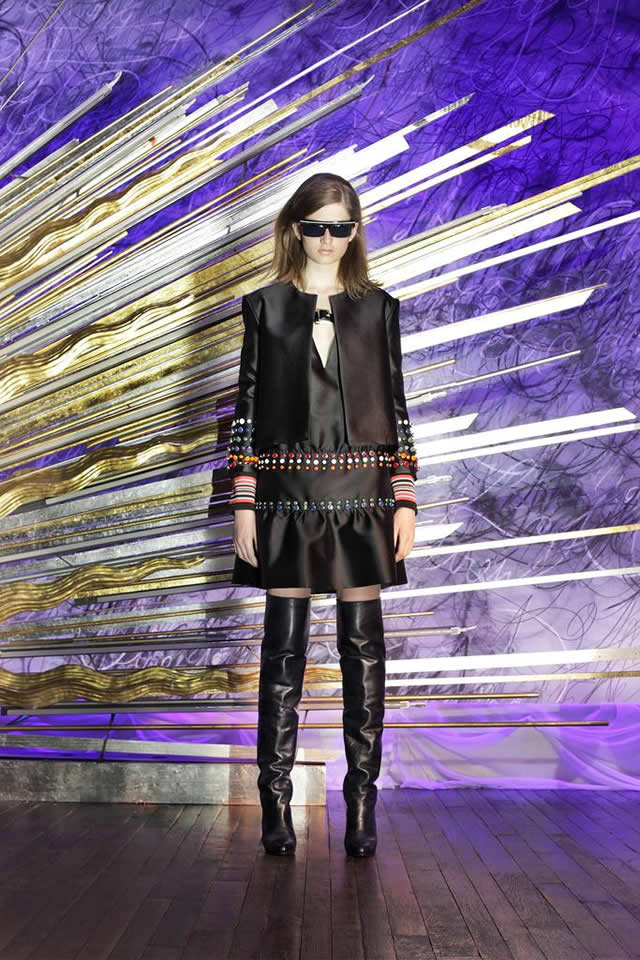 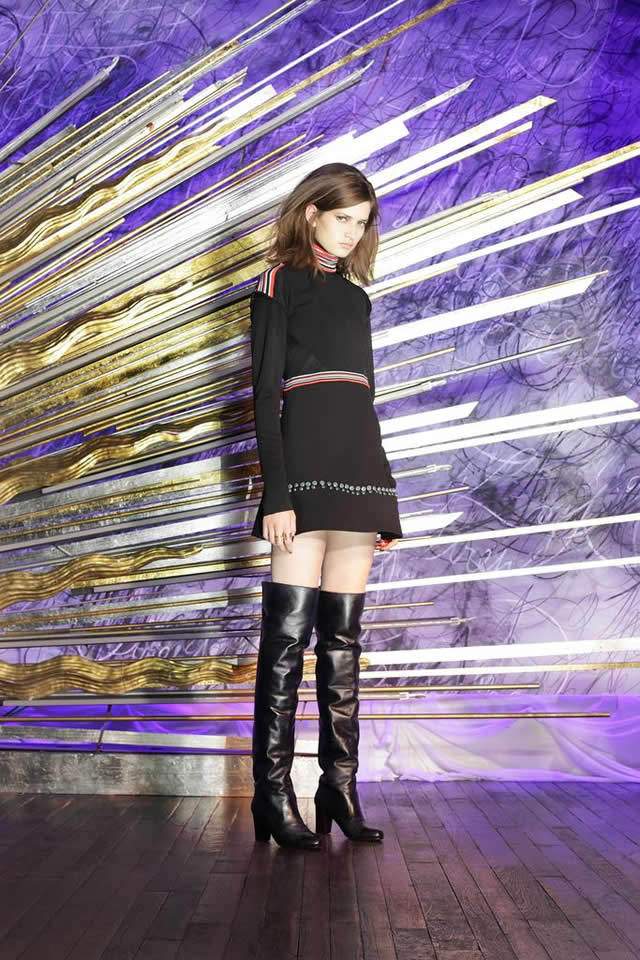 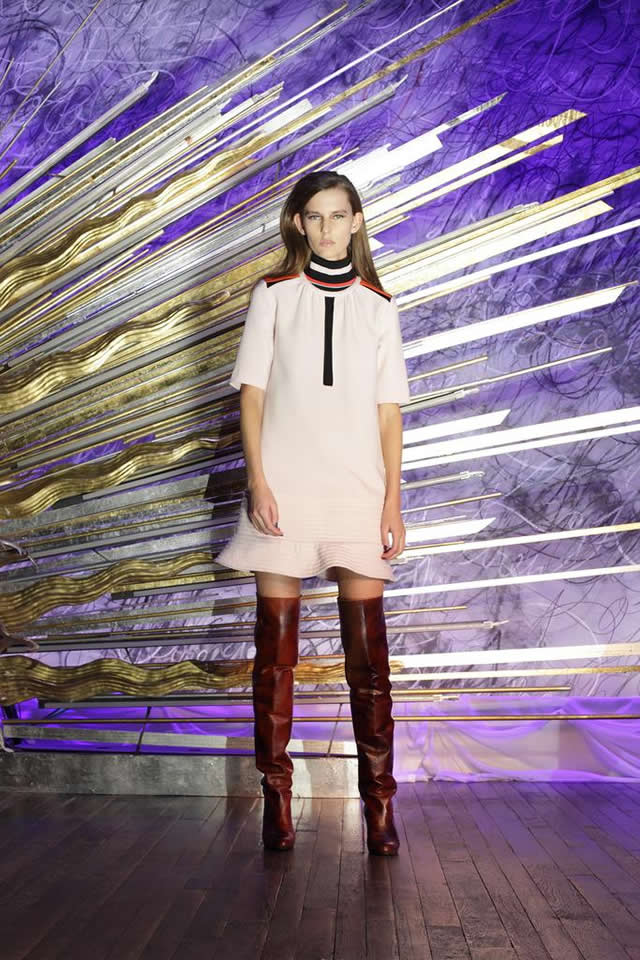 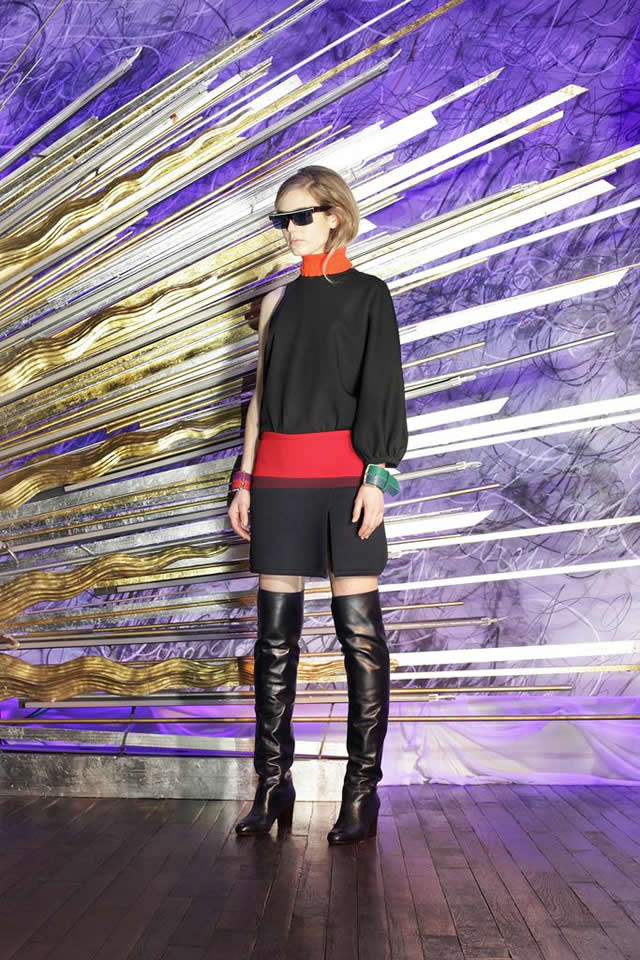 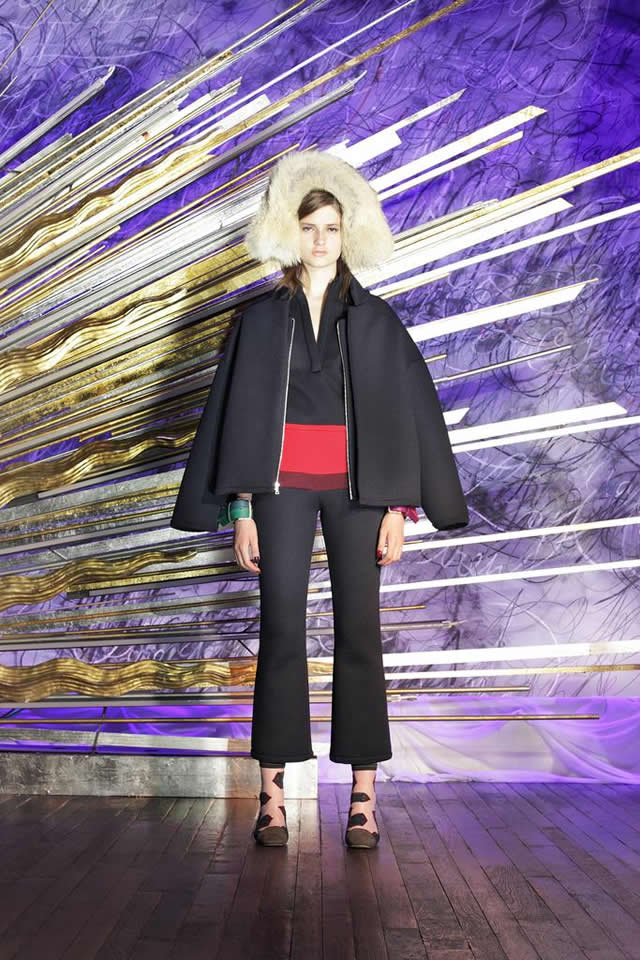 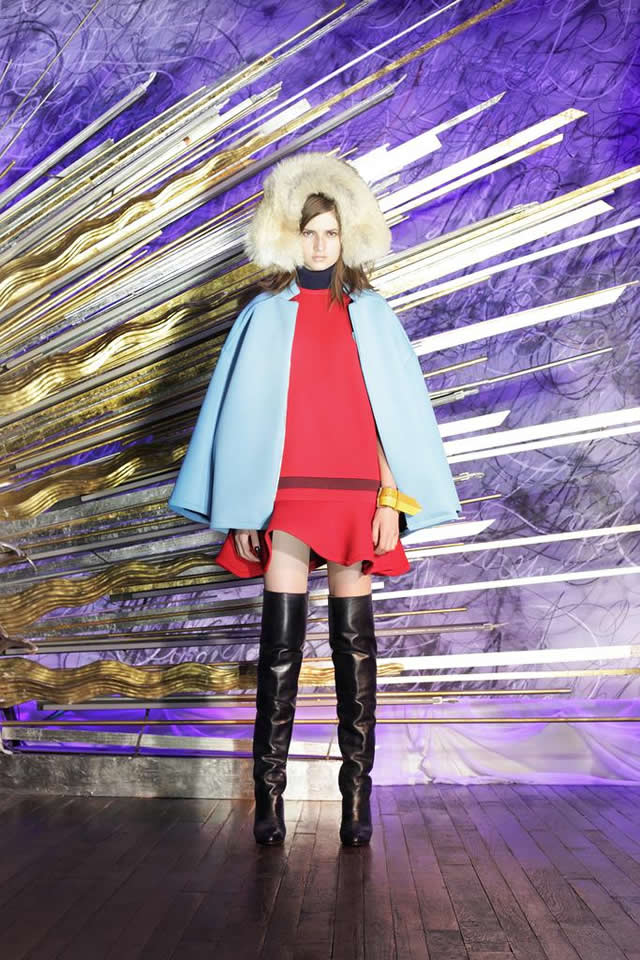 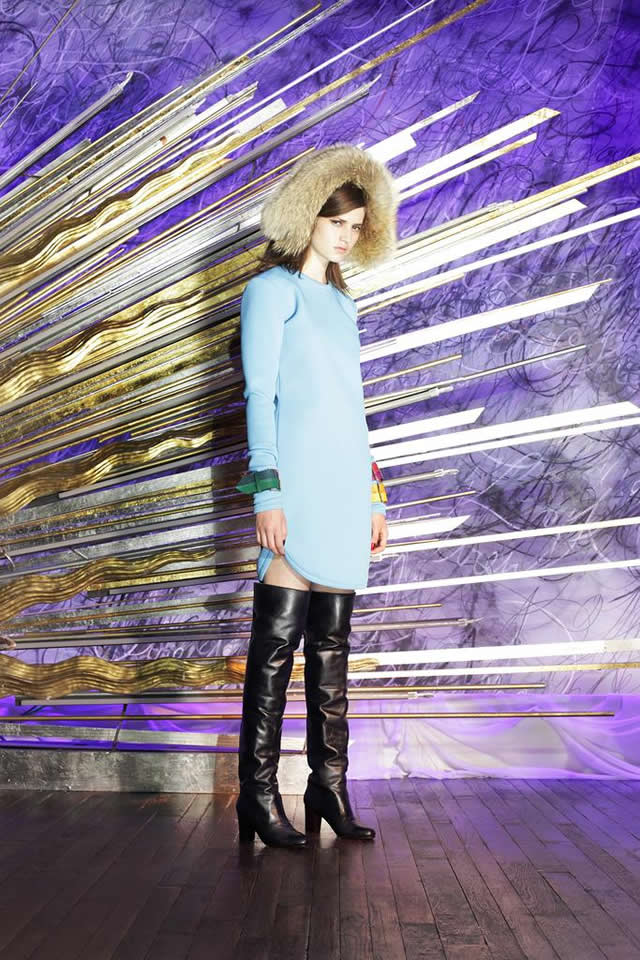 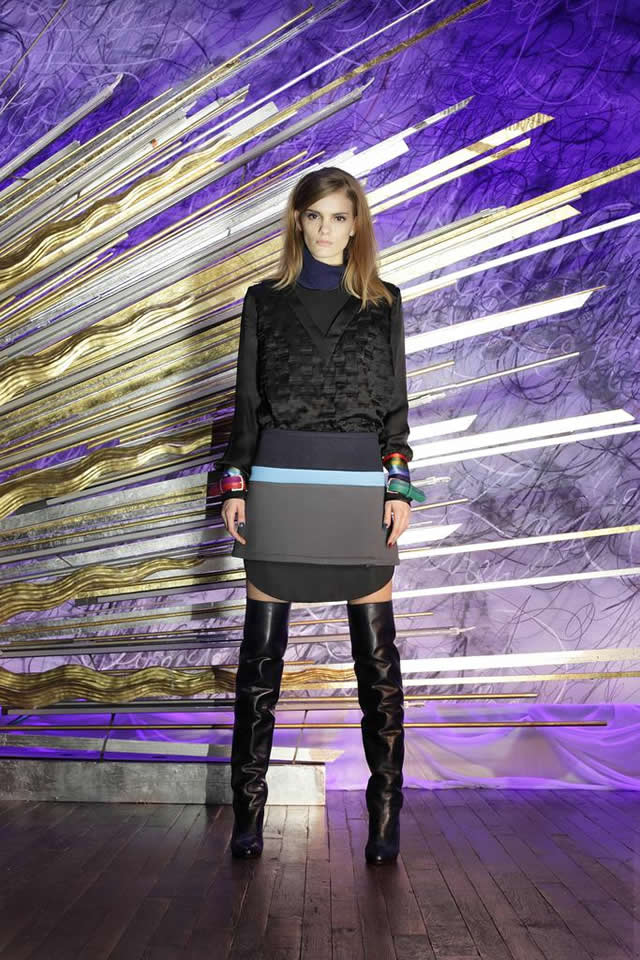 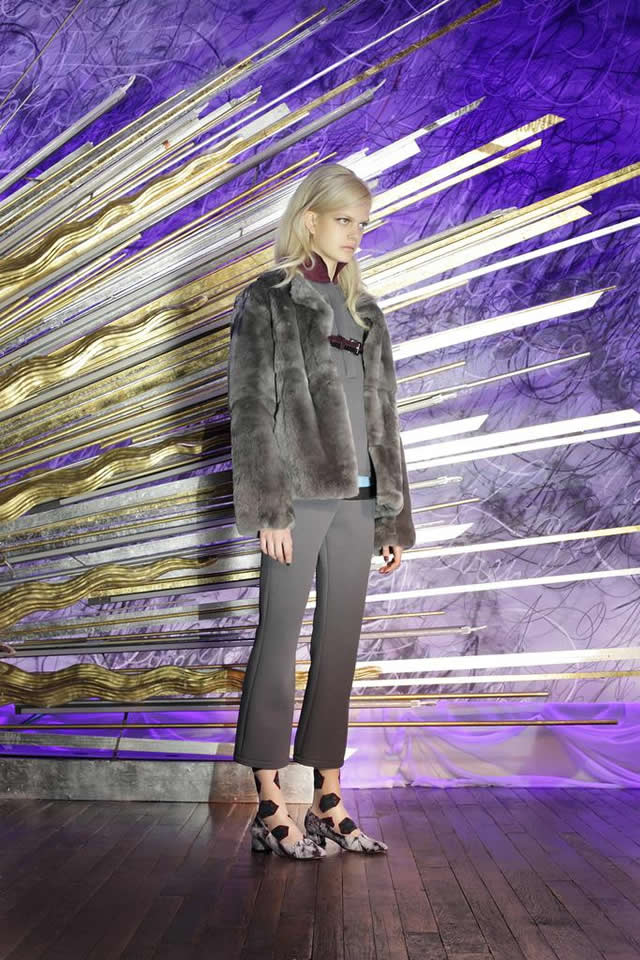 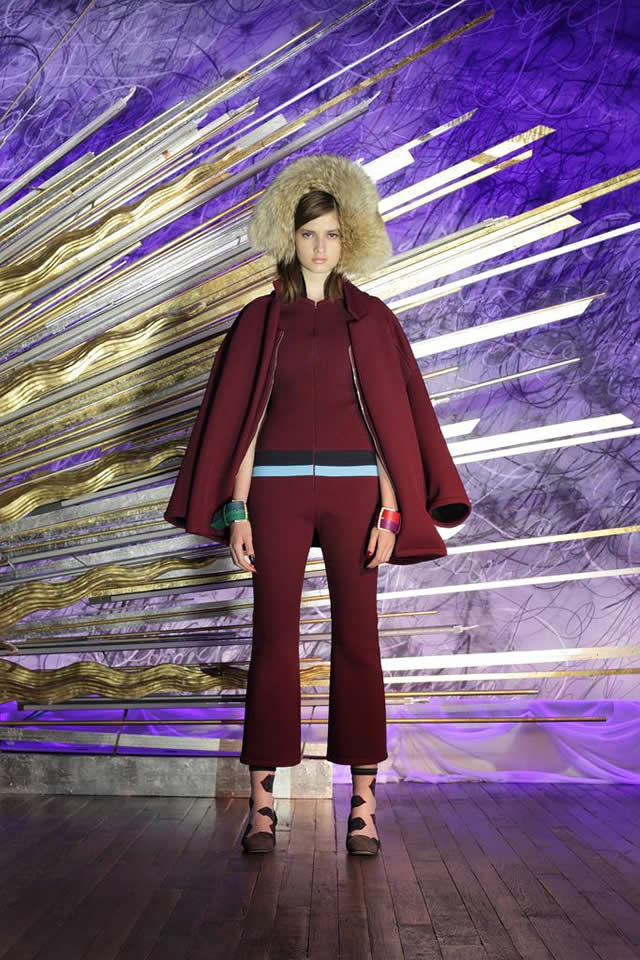 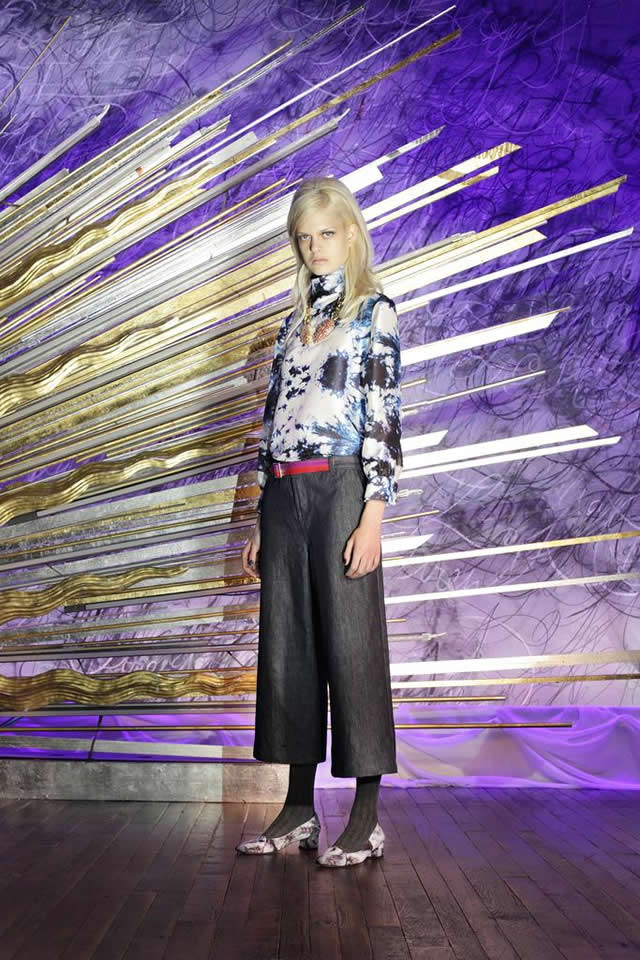 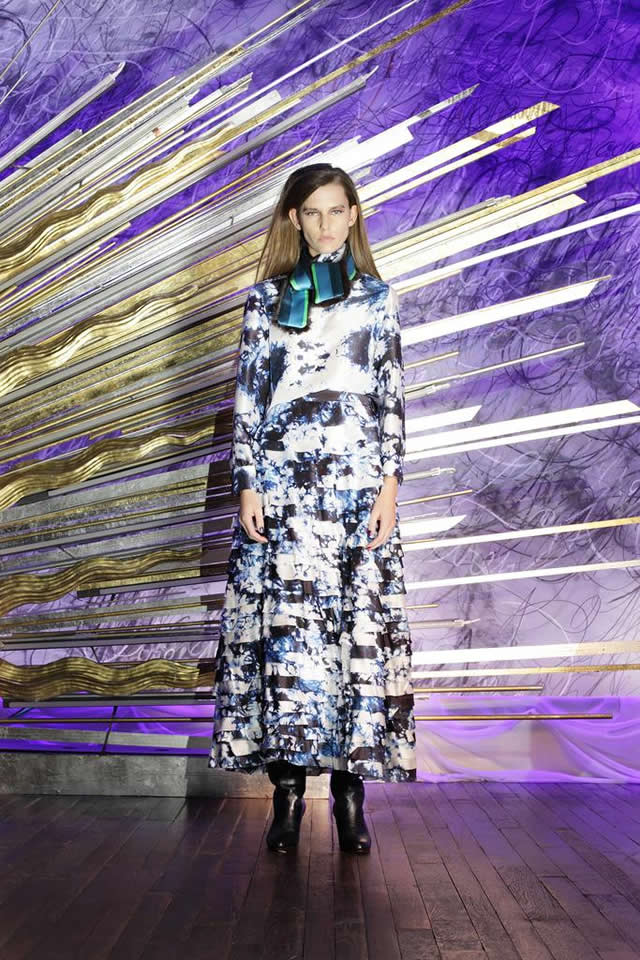 0
It all happened just in time for Fall 2014; "I absolutely love the artistry," Rowley said while shooting her lookbook in the space several days before the show. The designer made good use of the space the night of the presentation too. As guests walked down the still-dilapidated staircase (although now the look is intentional), models standing in glass boxes greeted them. After entering the main area and passing the laboratory-like cocktail bar, more models awaited, standing against antiqued metal screens. On the stage, a collection video-featuring a trained knife thrower-was projected.
Rowley put quite the effort into the scene, and the clothes were thoughtful too. A colorful series with an early-seventies vibe-insert Rainbow Brite reference here-was all about turtlenecks, from the red dress with a flippy skirt that was topped with a pale blue parka to the bonded piqué knit in navy. Colorful appliqués were another big idea, either placed on the hips of a golden-hued skirt or scattered around a black bateau-neck dress.
"I feel like it’s good to have one completely polarizing piece," Rowley said of the rainbow-striped racerback shift covered in a junk drawer full of doodads, from a pair of sunglasses to house keys and a blue ribbon. An ode to Leo Sewell’s trash sculptures, it played to the youthfulness of the collection and also to Rowley‘s desire to keep fashion from taking itself too seriously.
Previous Article