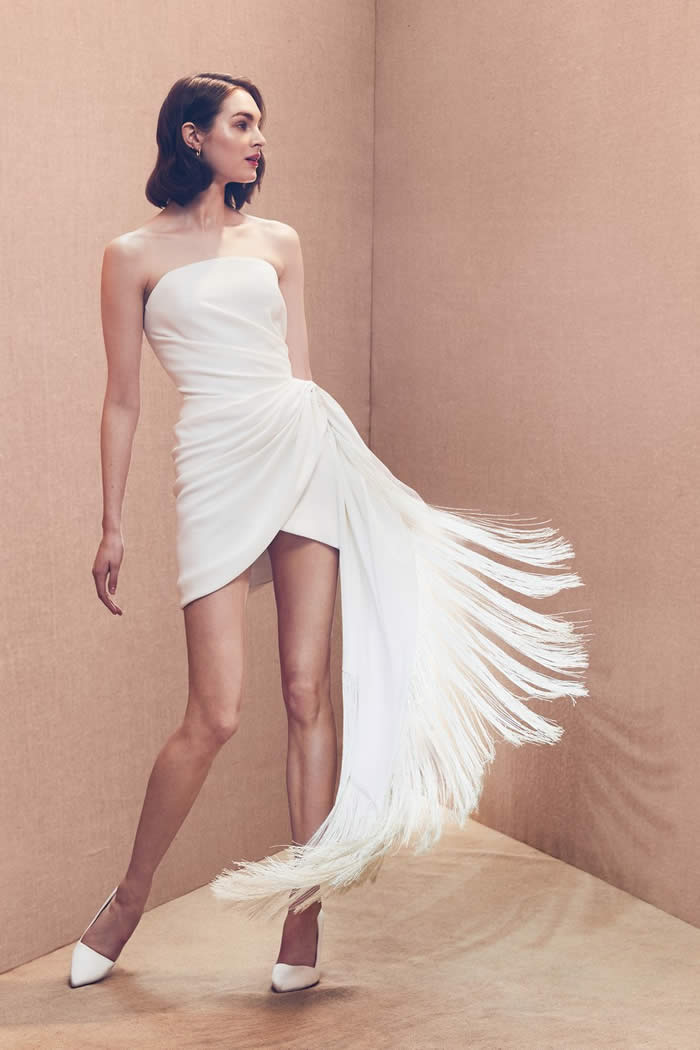 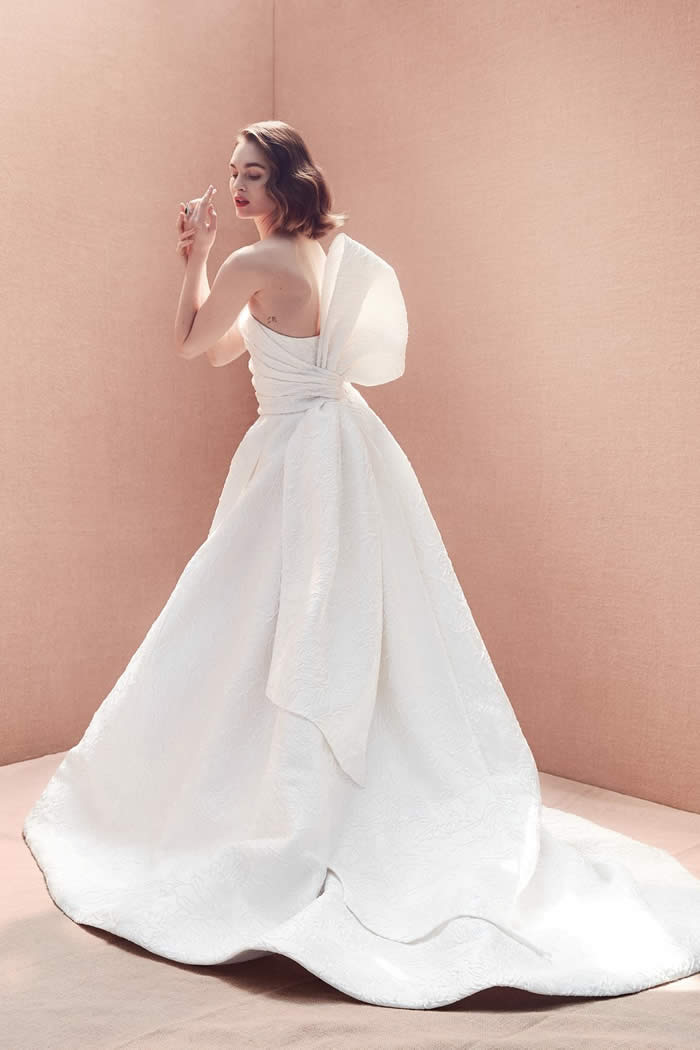 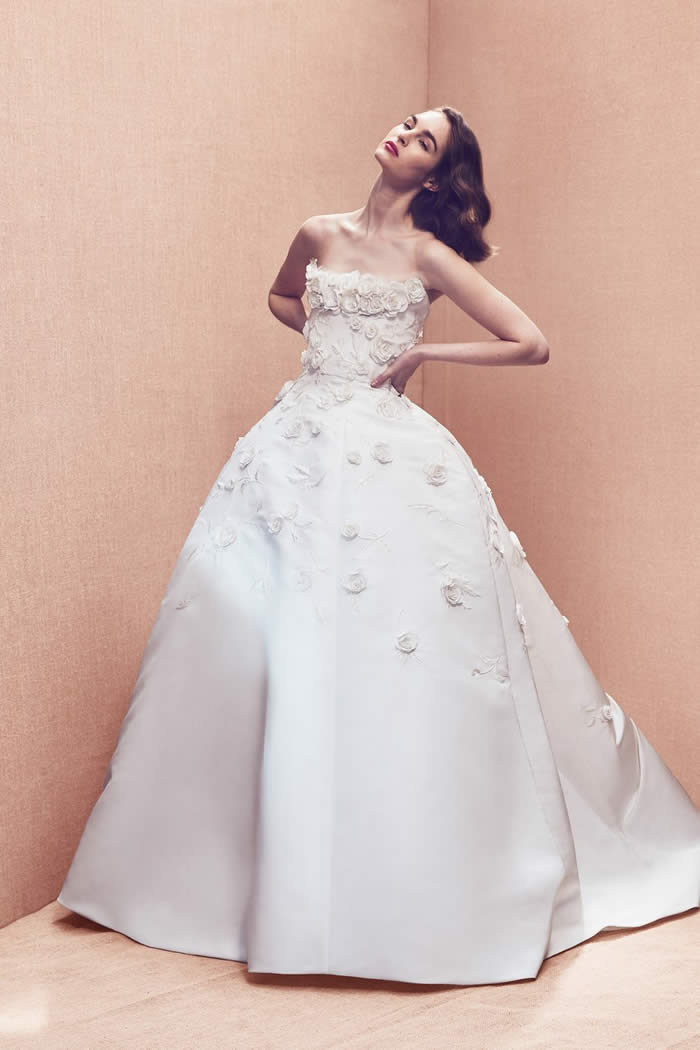 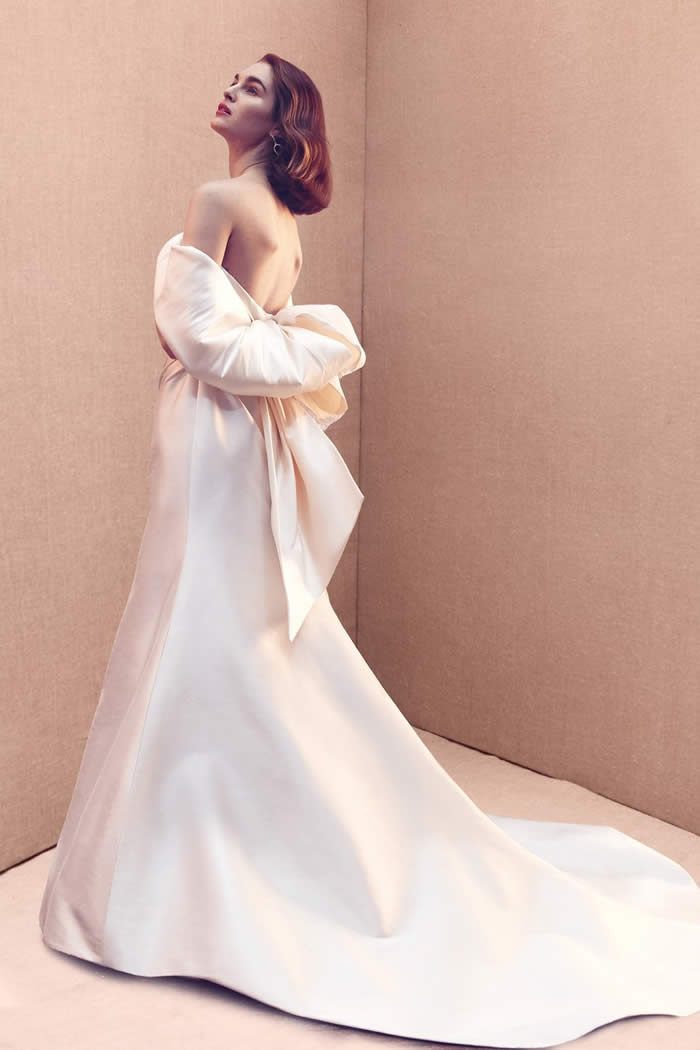 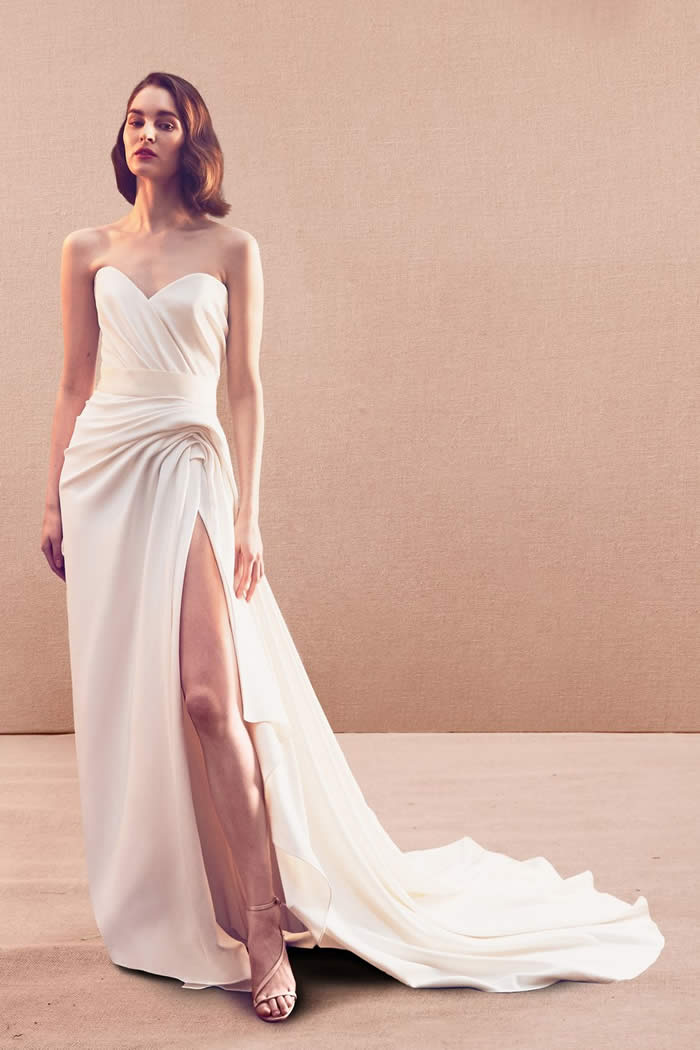 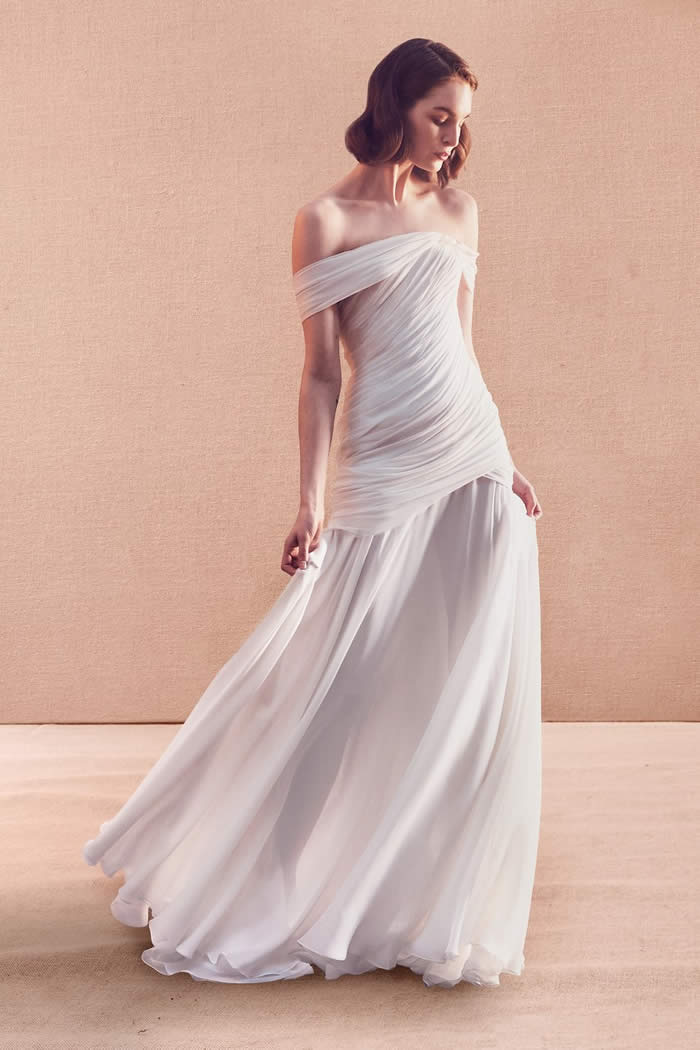 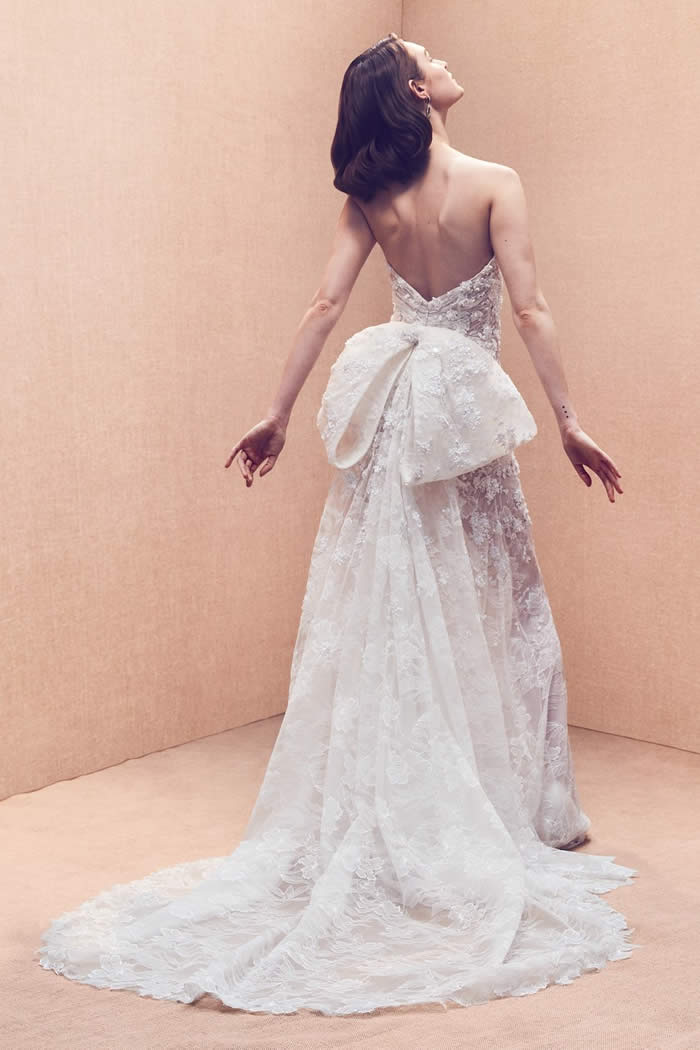 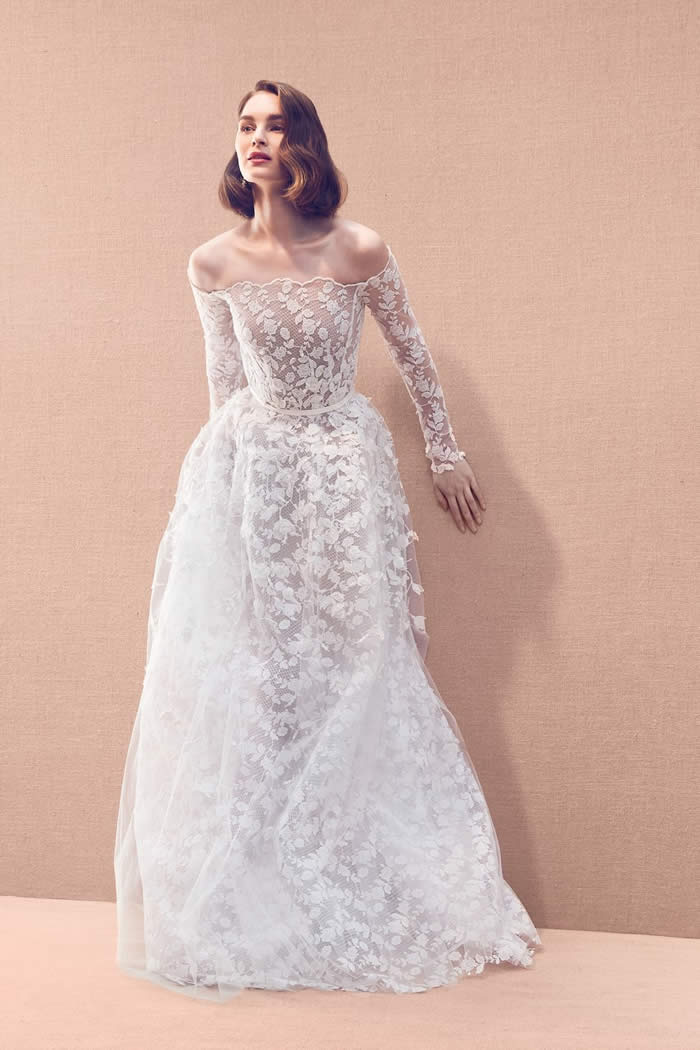 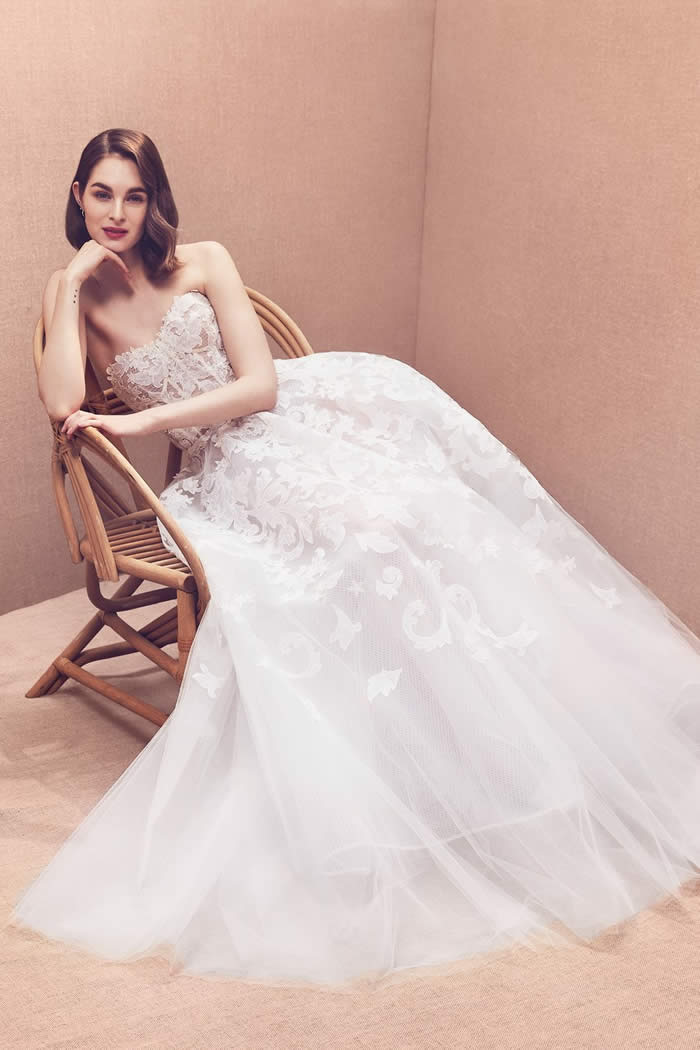 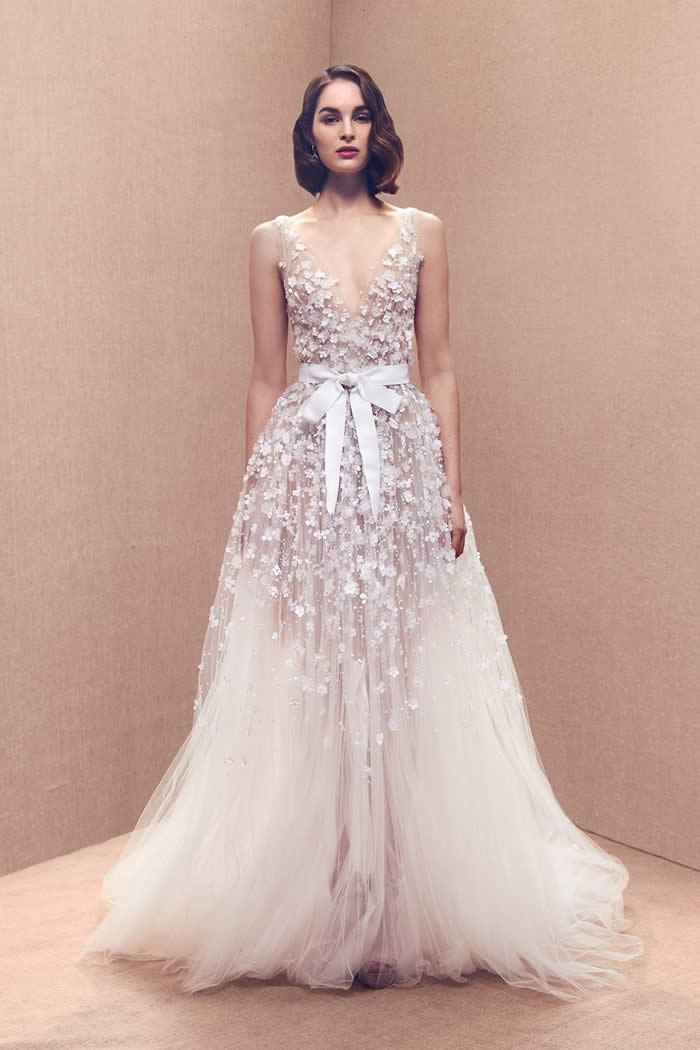 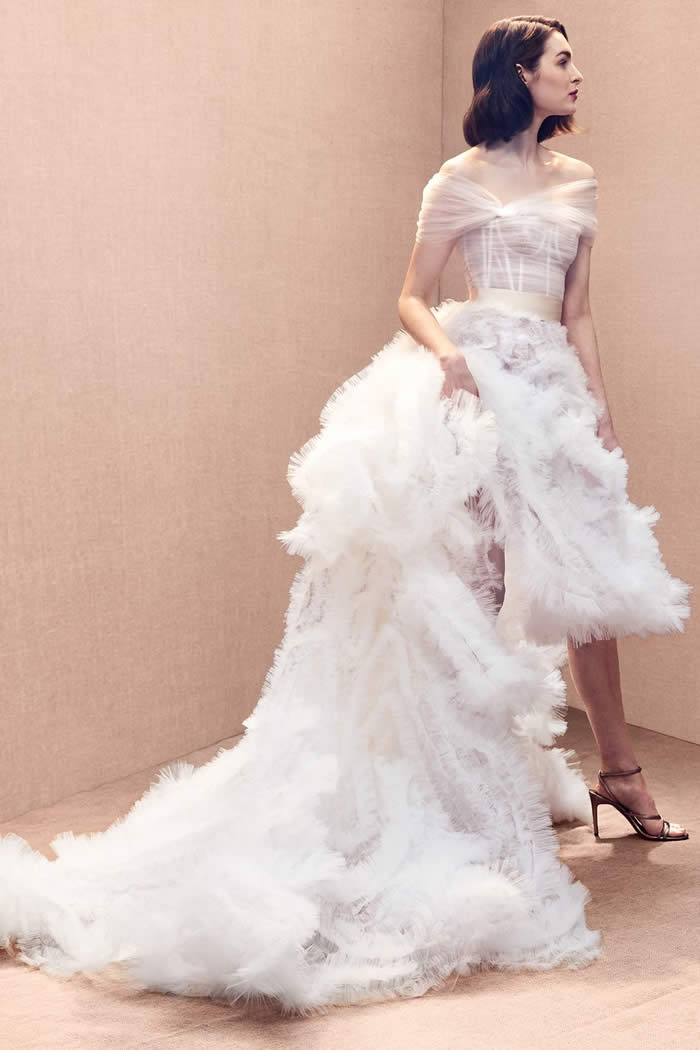 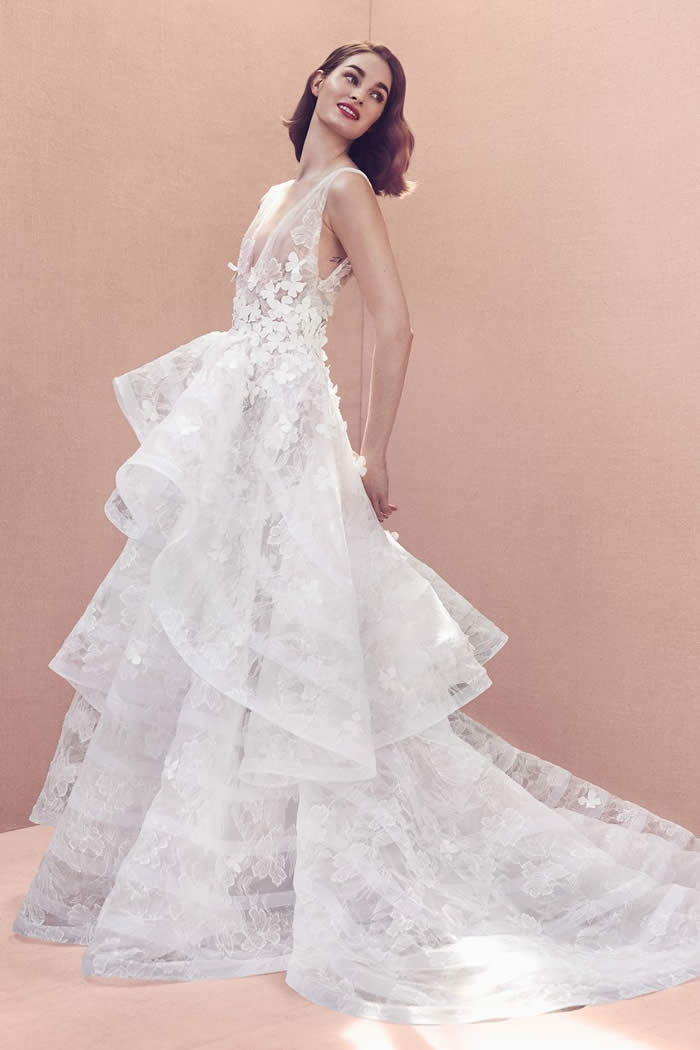 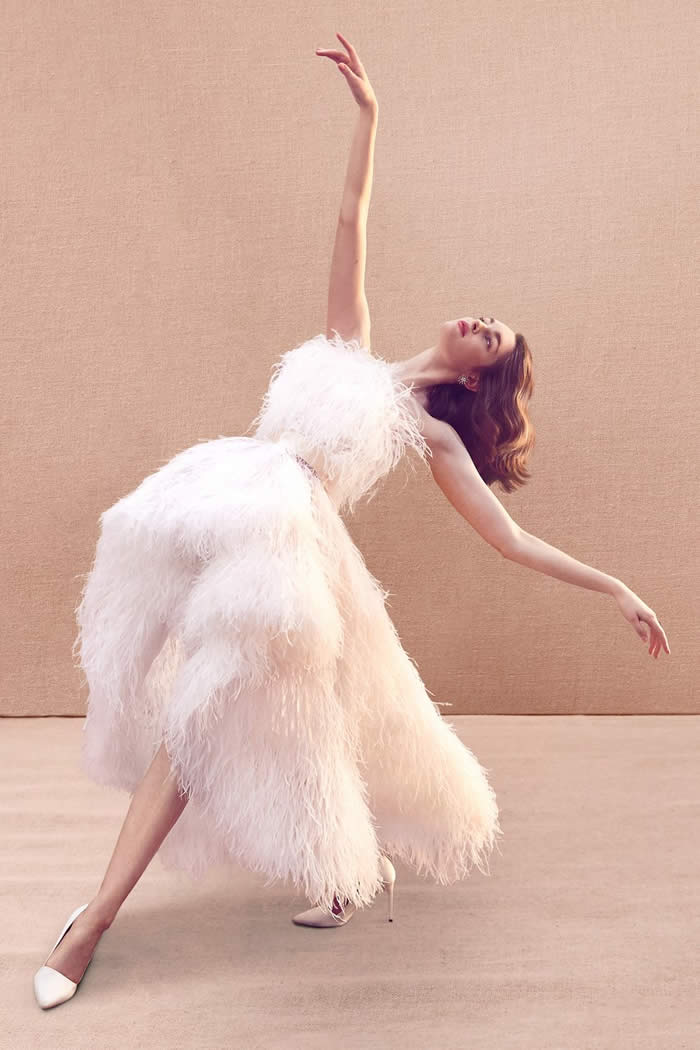 The fact that the first look in Fernando Garcia and Laura Kim’s new bridal collection is a fringed minidress says a lot about their wedding business. For those who remember a few very similar dresses in their Spring 2019 and Fall 2019 ready-to-wear shows, it says even more.

On the former note, brides are getting more comfortable experimenting with new lengths and silhouettes, and many of them are buying more than one gown for their rehearsal dinner or reception (where this mini would come in). At the same time, designers who work in both fashion and bridal are starting to break down the walls between the two worlds. Instead of establishing completely separate visions, they’re letting the standout pieces and themes from the runway influence their bridal lines and vice versa.

Some of the Spring 2020 gowns took that quite literally, like the finale look: an abbreviated version of the duo’s white feathered gown from Fall 2019 (which Lupita Nyong’o later wore to this year’s Vanity Fair Oscar party). Speaking of red carpets, the custom strapless ivory gown Regina King wore to accept her best supporting actress award inspired a column here with sculptural draping at the hip.

That said, there were still brand-new numbers you likely won’t see on an Oscar de la Renta runway: classic ball gowns with scattered floral appliqués, a high-low dress with a tufted tulle train, and lace columns with XXL bows knotted in the back. Plenty of Oscar brides still want something quite traditional, but even the most “bride-y” dresses were lightened up to be easy to wear; Garcia said one of them weighed less than a pound. Why bother changing into a second dress when your first gown is so light, you forget you’re even wearing it?