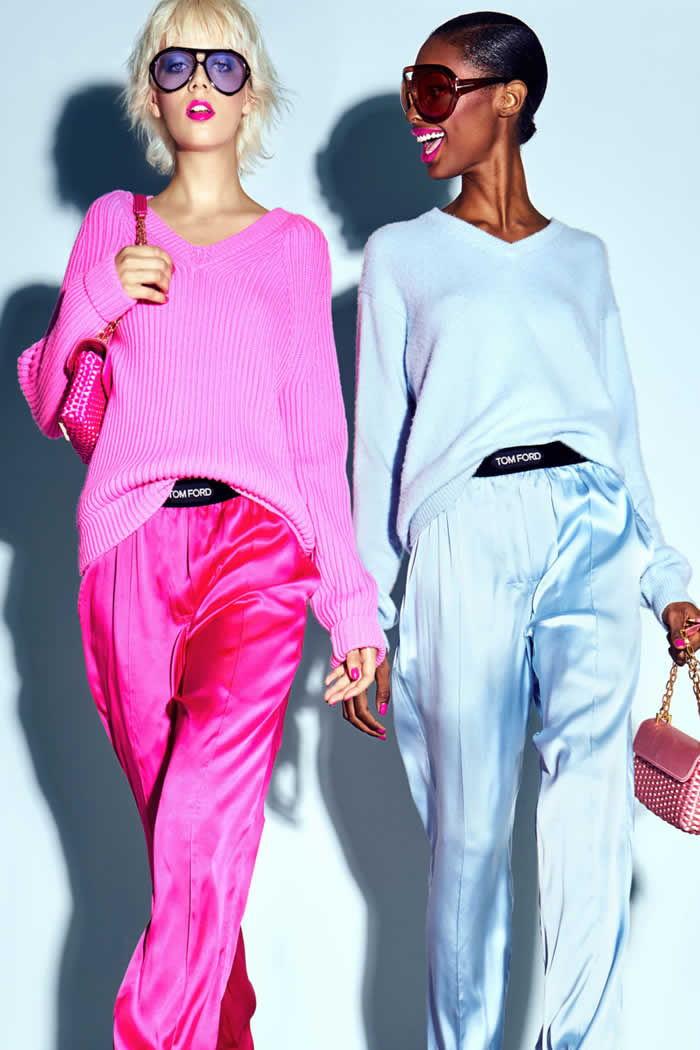 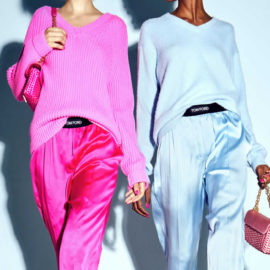 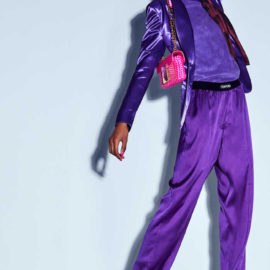 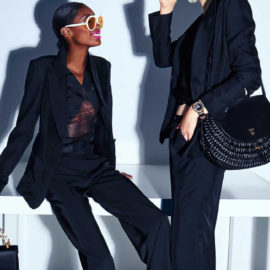 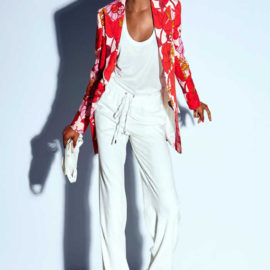 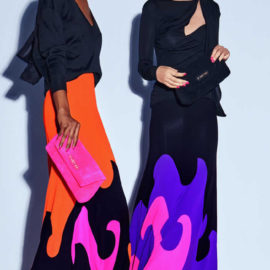 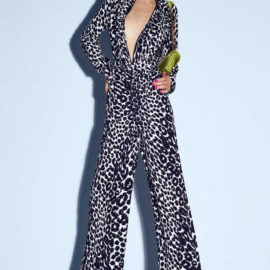 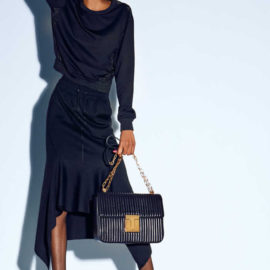 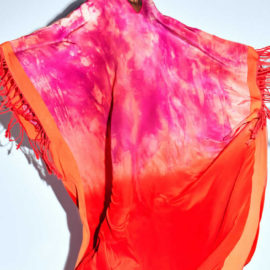 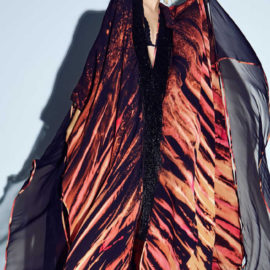 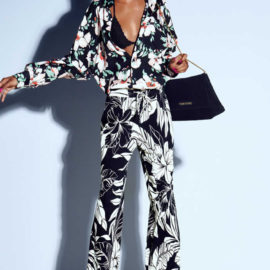 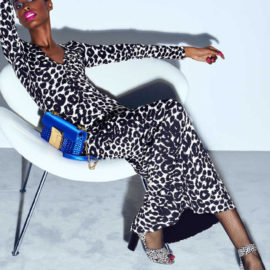 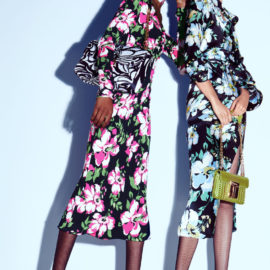 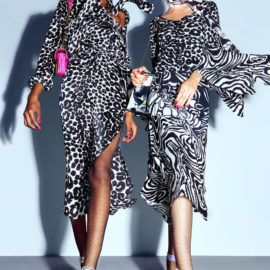 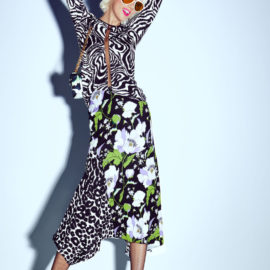 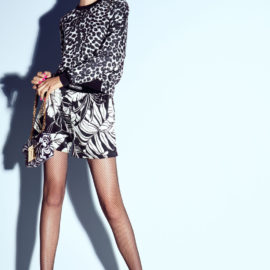 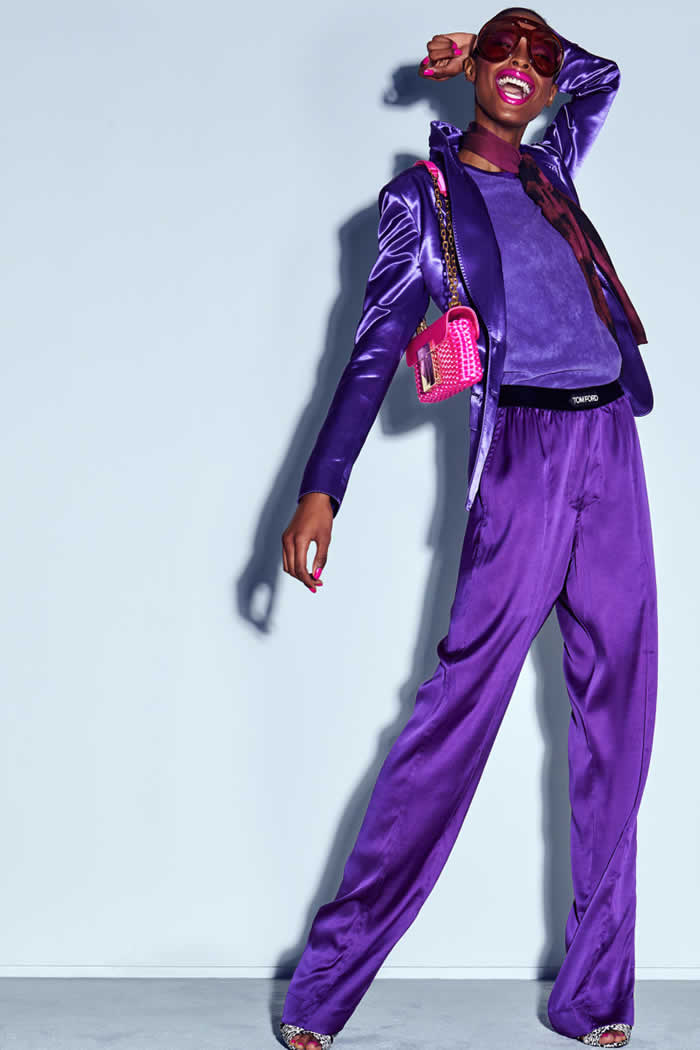 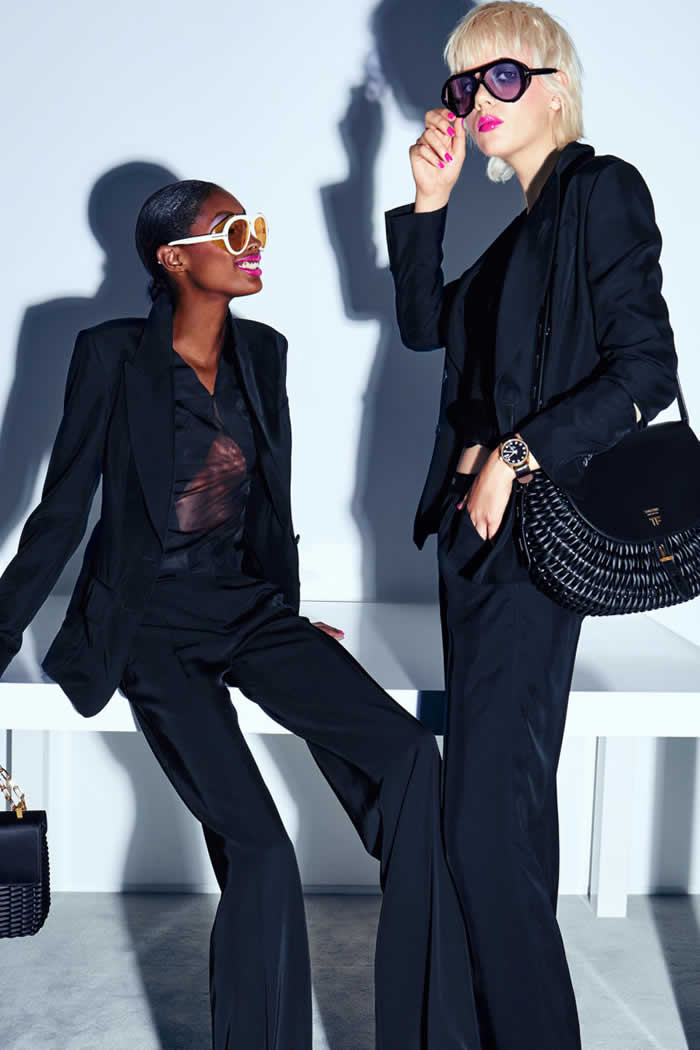 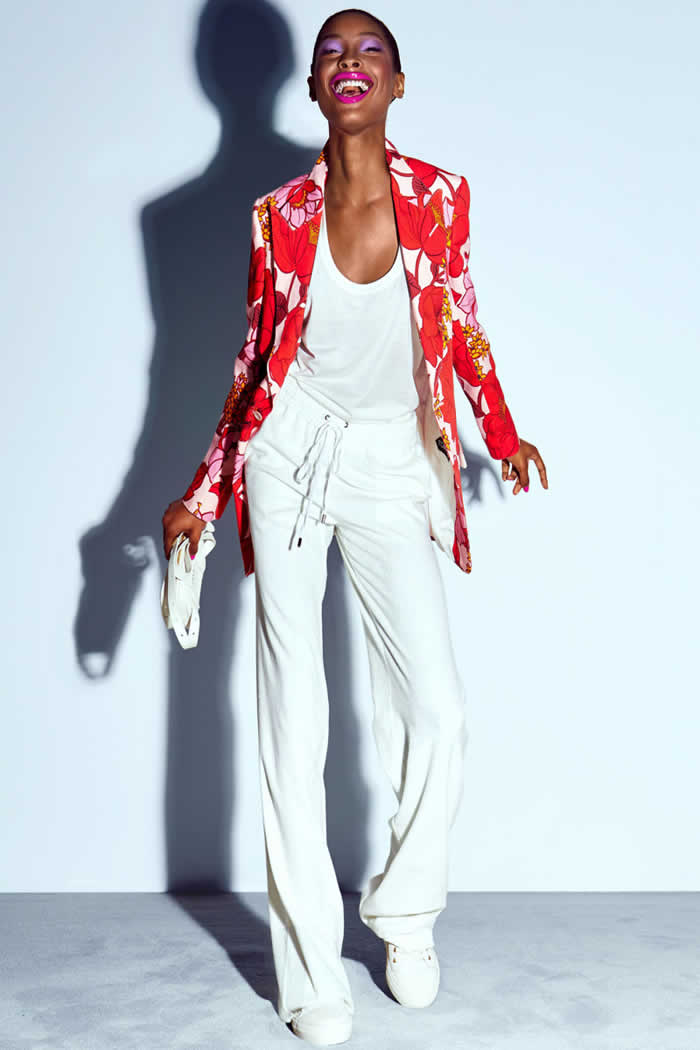 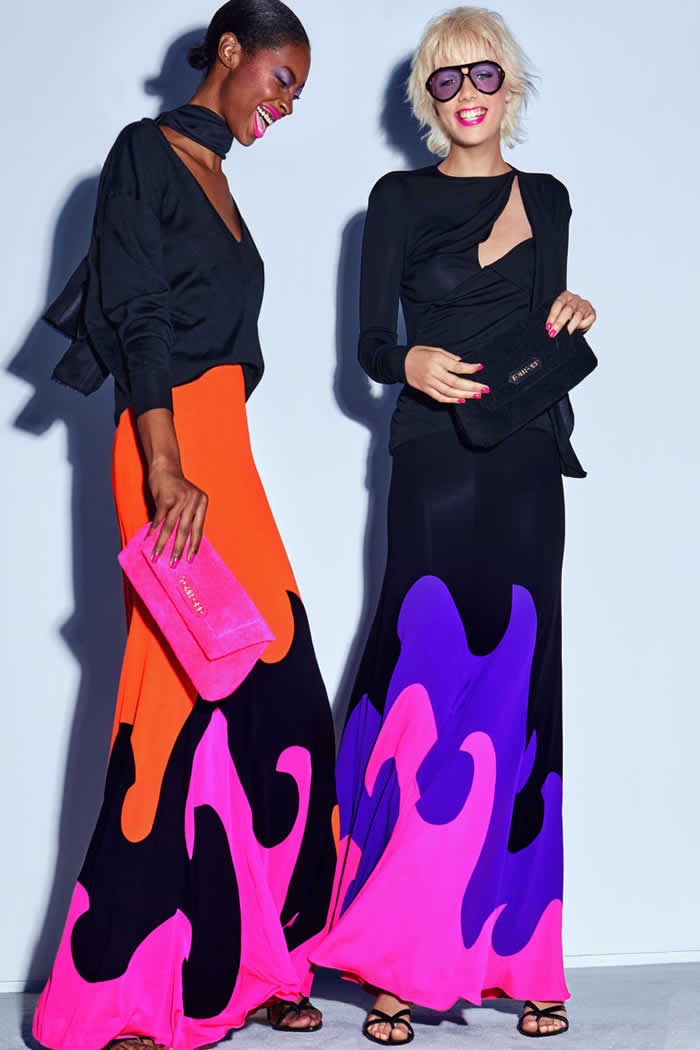 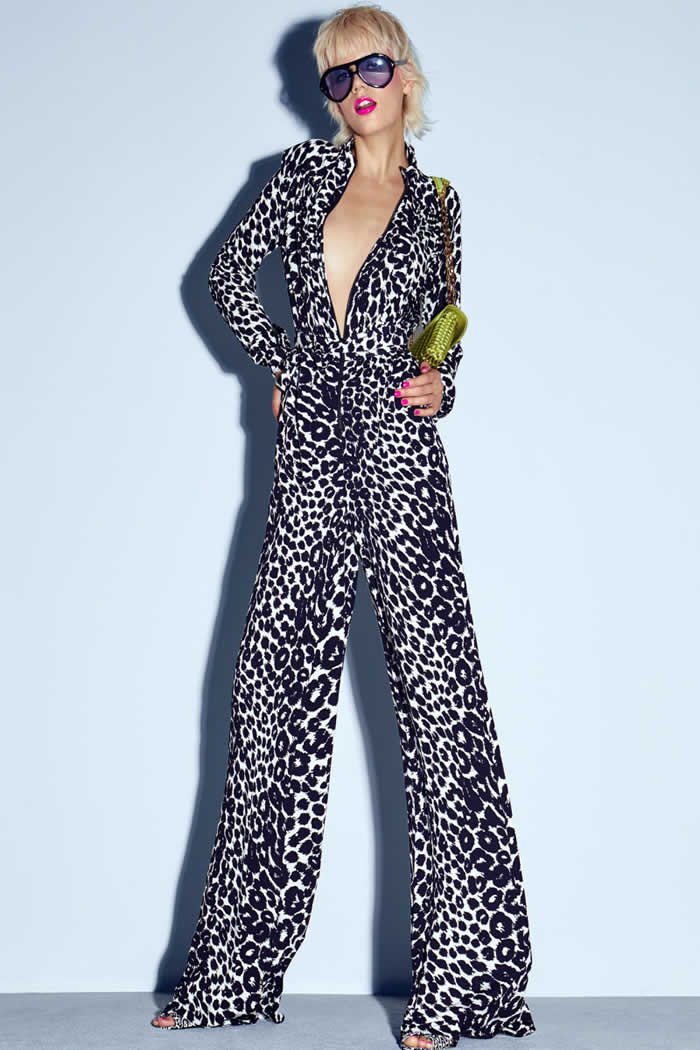 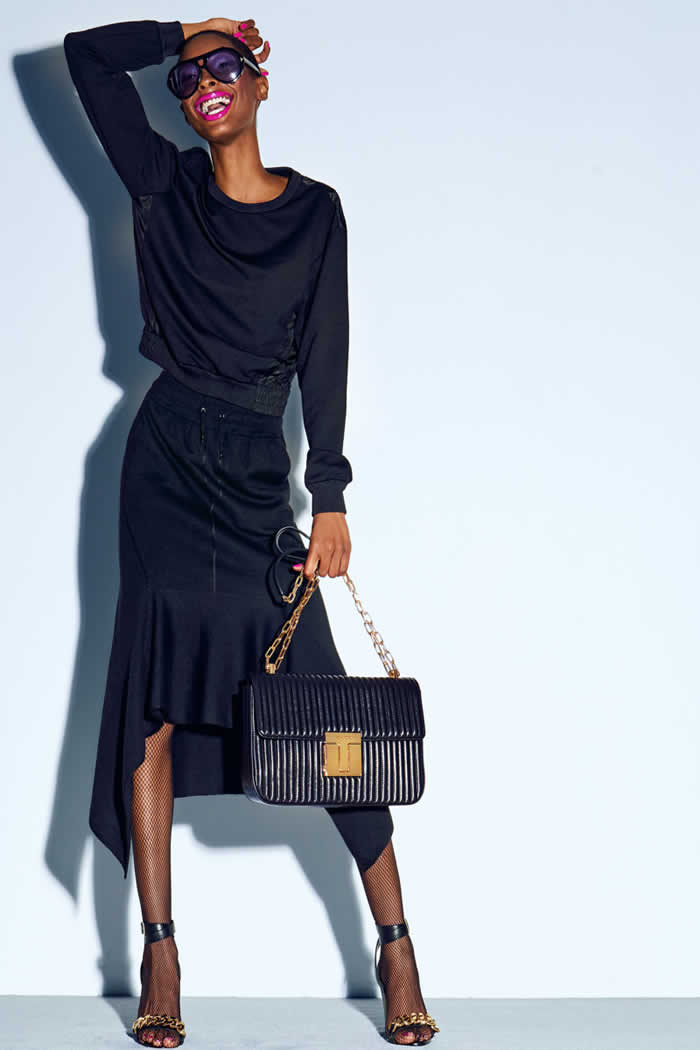 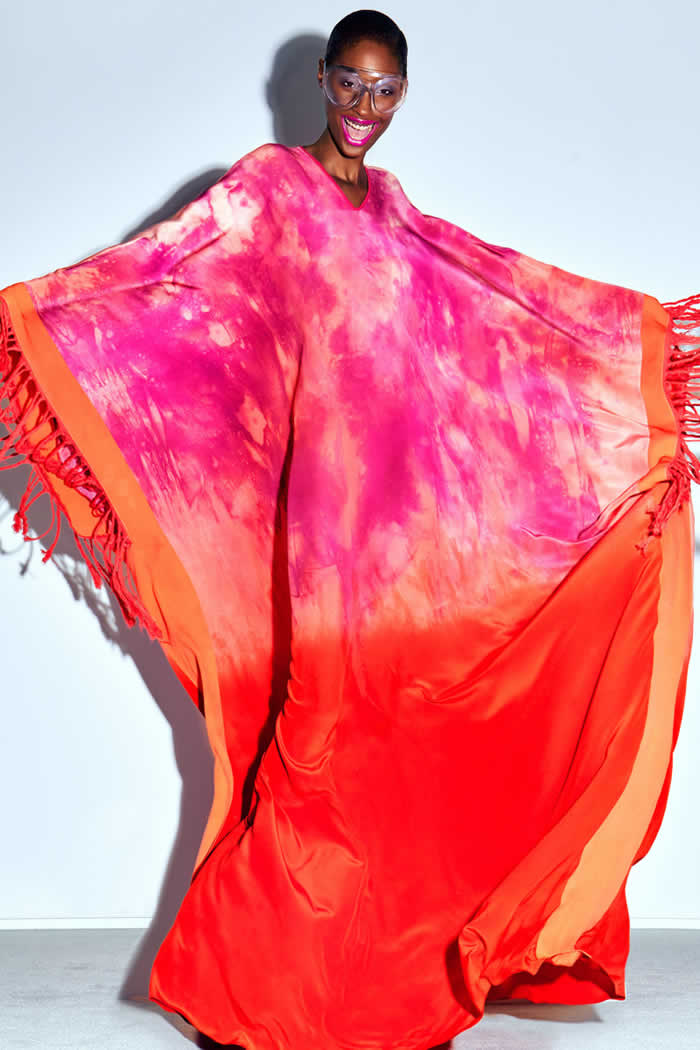 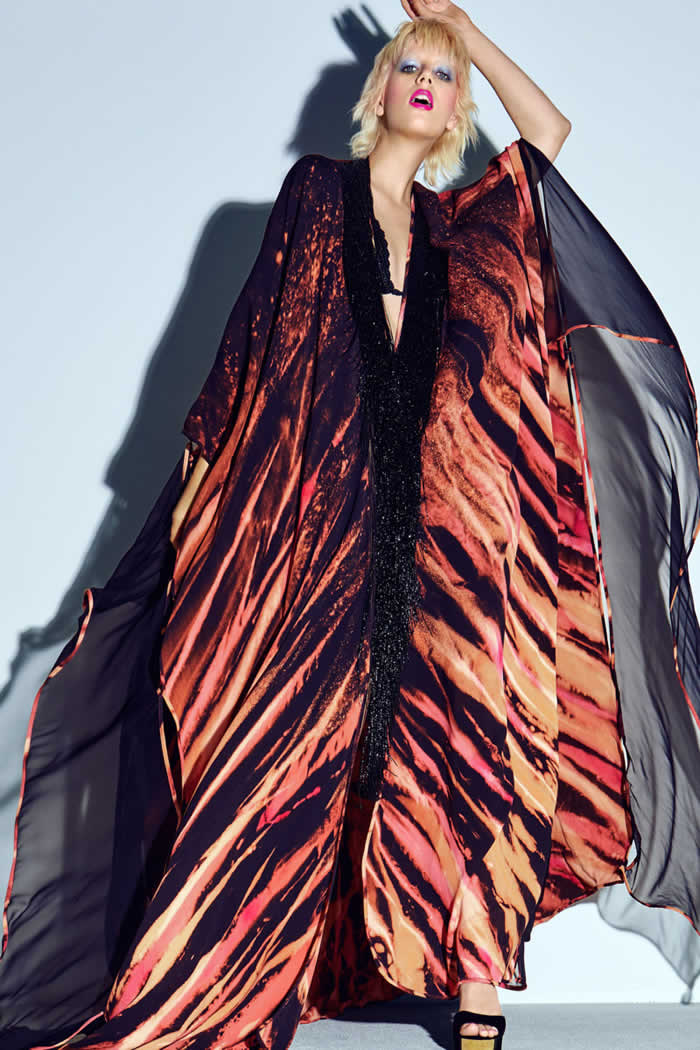 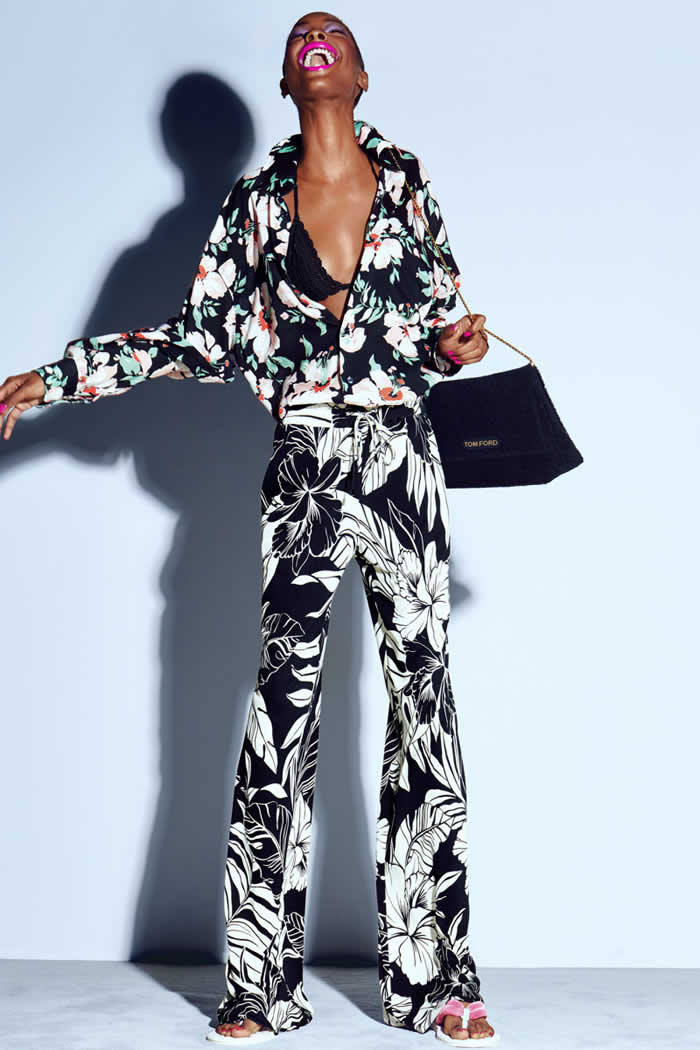 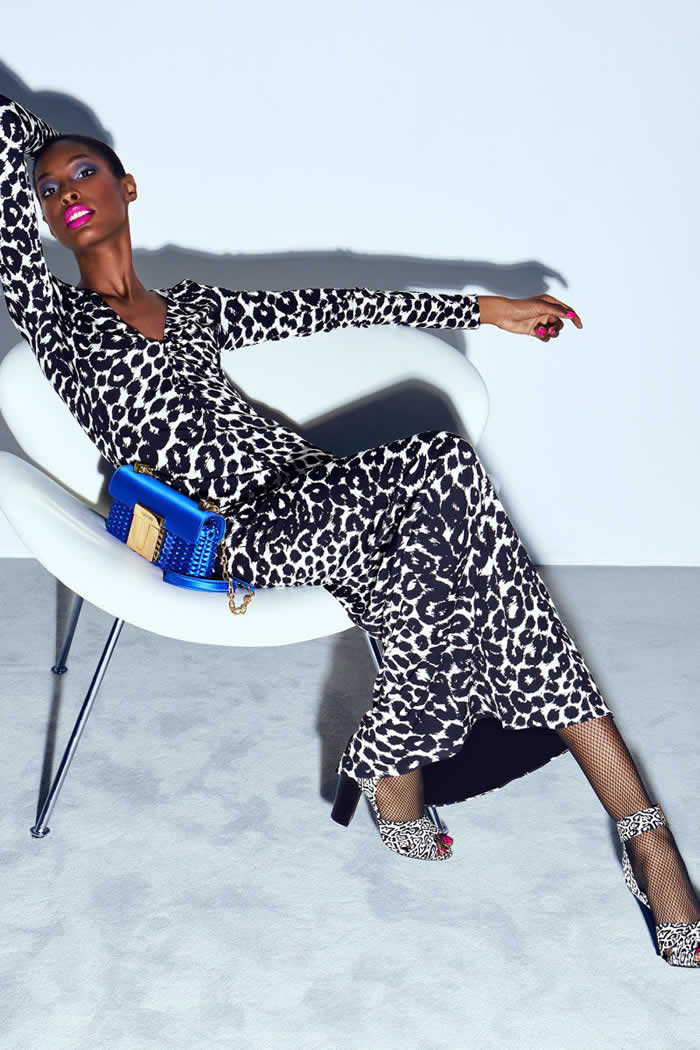 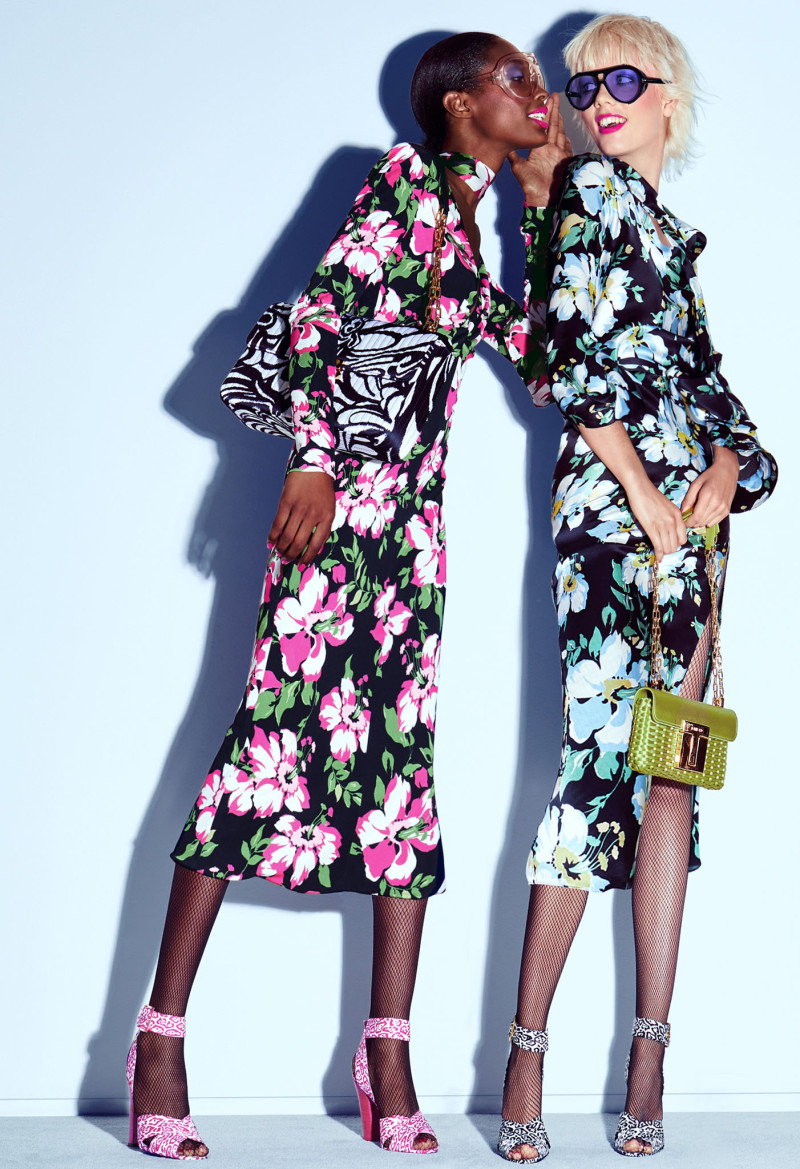 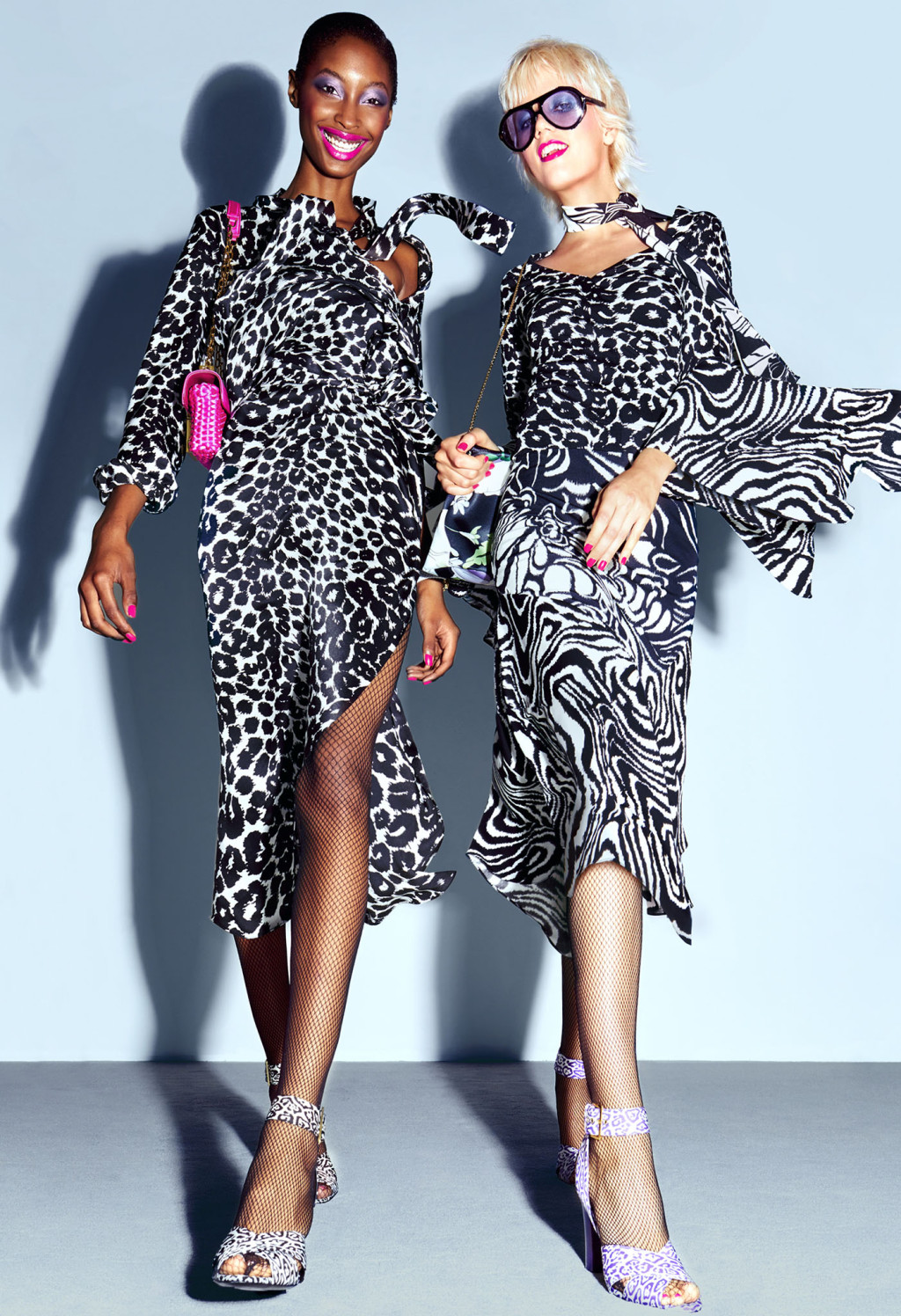 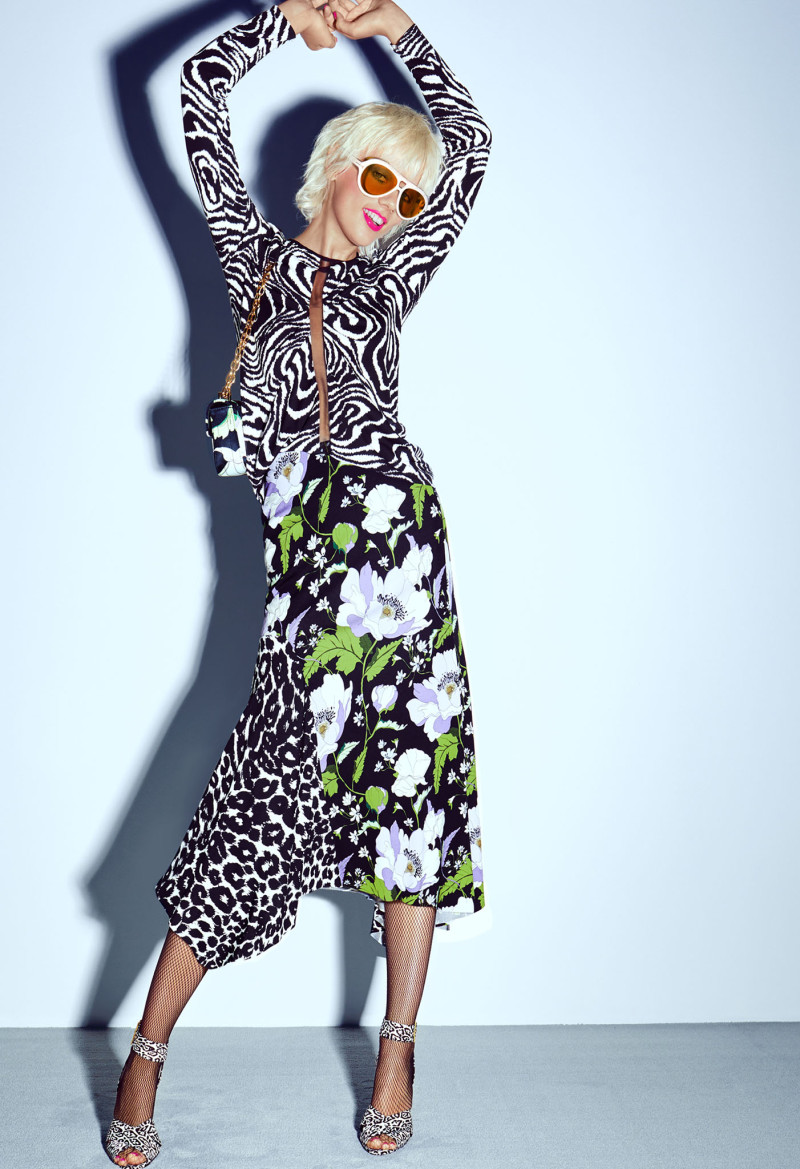 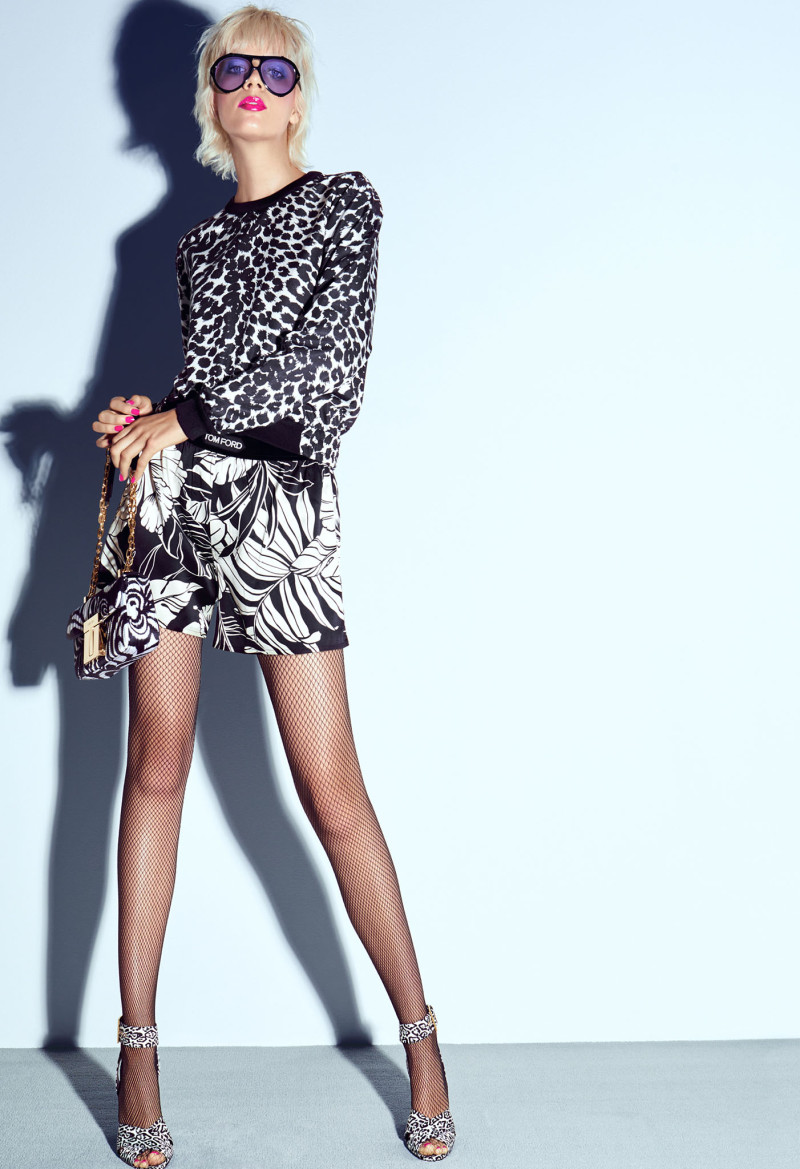 For his flamboyant collection, the designer was inspired by Seventies’ models and his own dinner guests.

All designers have a great deal on their plates right now, but Tom Ford — jeez louise. In addition to dealing with his own company’s COVID-19-induced woes, as chairman of the CFDA, he assumed an advisory leadership role for the entire American industry in response to the virus, and soon thereafter, similarly took on the daunting task of addressing social justice and insufficient diversity within the industry.

It’s no wonder that, as the time came to start work on his spring collection, Ford wasn’t feeling it. The fashion of fashion felt “completely ridiculous,” he told WWD in an interview.

Yet ultimately, Ford is a believer. He believes in the power of fashion, not to correct serious ills, but to lift spirits. As life in L.A. started to open up and he could host friends for small outdoor dinners, he was encouraged to see the women and men making an effort to dress up.

He also watched the Netflix documentary on the fashion illustrator Antonio Lopez, which prominently features Seventies’ models Pat Cleveland and Donna Jordan. “It excited me because every picture from that era, they’re having fun. They’re laughing and smiling. I found it incredibly inspirational.”

Ford felt a connection between those women and his casually glam dinner guests, which he distilled into the theme for his collection. “Bill Blass used to call it patio dressing,” he offered. So patio dressing for all! Ford shot his look book himself, casting Makala Johnson and Marjan Jonkman as the Pat Cleveland and Donna Jordan “characters.”

The project big personalities and a penchant for enjoying life and fashion. They wear relaxed clothes that have nothing to do with calm but are a riot of color, splashy florals, and graphic animal stripes and spots. There are racy dresses made racier over fishnet hose; silky, printed logo-waistband pants and shorts were worn with differently printed shirts unbuttoned over lace-edged bras; pants look in head-to-toe purple or bright blue; fanciful takes on those pool-party staples, caftan, and bikini, and for a brief respite from the optic verve, a few looks in basic black.

There’s more. Ford maintains that “making an effort” doesn’t stop with one’s clothes. He recalled that before going out to Studio 54 in the late Seventies, his women friends would have their makeup done at Il Makiage. “It took a bit of work,” he said.

Ford thinks the time is right for a makeup revival. While stopping short of Studio 54 standards, makeup artist Beau Nelson’s models work some serious face paint. “Eyes, lips, cheeks. I usually only do eyes,” he said.

The shift worked creatively and is rooted in pragmatism. It will likely be some time before women shop for clothes at anything near pre-pandemic levels. Ford has a thriving beauty business with Estée Lauder, so upping the makeup stakes makes all sense in the world right now. “Makeup doesn’t cost a lot of money and It looks great on Zoom,” Ford said. “It’s also joyful.”