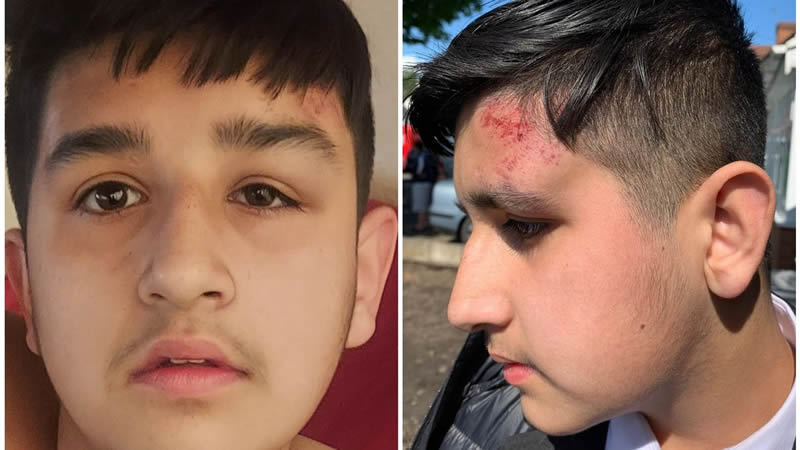 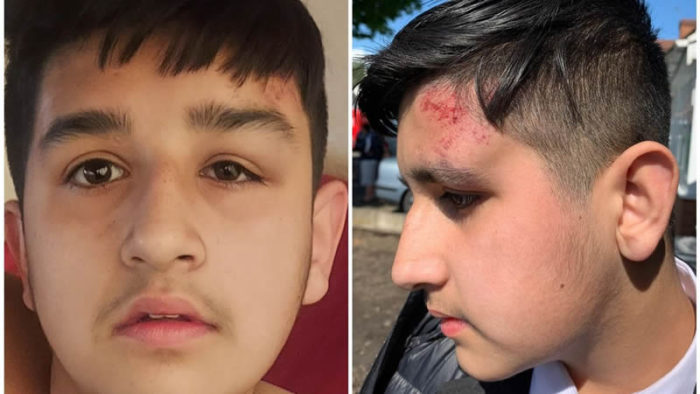 Fourteen-year-old Mohammed Idris had been walking to a gym near his home with a friend when he was set upon and beaten in Birmingham.

According to the details, he was left with a head injury after the mob punched him to the ground and assaulted him and had to be taken to hospital.

His mother Shafina, 35, said she was thankful her son hadn’t suffered any internal injuries but was now ‘petrified’ to go out. “He could’ve been killed,” the mum-of-five said.

“He was face down and they were stamping on his head. Thankfully, there are no internal injuries. He’s petrified that this will happen again and he’s still recovering from the injuries. He’s scared to go back to the same area,” his mother added. Following the violence in Plaistow Avenue, Washwood Heath, the schoolboy was taken by ambulance to Heartlands Hospital. He was treated for cuts, bruises and a black eye.

Police have launched an investigation following reports a boy was beaten up by a 15 strong mob in broad daylight.

Mohammed was walking to a local gym with a friend when the gang struck for no reason on Wednesday, May 19. The teenager says he can identify some of those involved. After the beating he was warned not to tell anyone, Shafina said.

“Mohammed is just a normal schoolboy – he’s not into gangs or anything like that. Police have said they need to see CCTV. I know three of the houses where the attack took place have CCTV. I’ve spoken to officers, but they haven’t been round yet,” his mother added.

“This could’ve been much, much worse. He didn’t lose consciousness, but he was face down and they were stamping on his head. I rang for an ambulance because he had a head injury.”