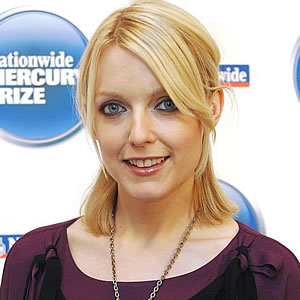 Girl group frontwoman, radio DJ, TV presenter, panellist, talent show judge – Lauren Laverne’s CV reads like every girl’s fantasy job list. In her latest capacity as author she’s combined personal experience with an acerbic tongue to pen a witty piece of teen chick-lit. Lauren spoke to iVillage.co.uk about her fantasy of a Jordan-tastic book launch and how music is like ice cream…

Lauren’s book, the first in a trilogy, explores a teenage girl’s dream to make it big in a band, no far cry from her own life. As a teenager, Lauren hit the ’90s charts in Brit Pop group Kenickie and has since built a career in radio and television. She currently presents a radio show on BBC 6 Music and sits on the judging panel for Orange Unsigned – a showcase for emerging musical talent. She will also sit on the judging panel for Doritos’ King Of Ads campaign, offering budding film makers the opportunity to pitch and create their own advert.

Do you think your book will inspire young women to form bands?

Lauren Laverne: It’s a book that’ll make teenage girls laugh and they might identify with. It would be great if somebody who wanted to make a record and start a band would read it and think they could do it, certainly that would be a great side-effect, but I just want it to be enjoyable.

How have you found the book writing experience?

Lauren Laverne: It’s gruelling but at the same time it’s addictive. It’s like all the best things, if something’s worth doing then its going to be difficult and wonderful at the same time. It’s the closest thing to having a baby that I’ve ever done because you decide to do it and you have no idea how you’re going to do it and where it’s going to take you, and you create this thing that didn’t exist in the beginning.

What do your friends and family make of it?

Lauren Laverne: Only a couple of people have read it and they really like it, which is great, and the others are really proud. I’ve got a few friends who are writers and they’ve really helped me through.

How does it feel to break into the publishing industry?

Lauren Laverne: You can’t get too tortured about it, you have to keep it light and enjoy it. I’m not Noam Chomsky, the story’s a comedy. I didn’t write it to make a point and show off, I wrote it to be enjoyed and that’s all I’m aiming for.

Can we expect a Katie Price style book launch?

Lauren Laverne: Yes, I’m going to arrive on a giant magical horse and its mane and my hair will be coiffed to match identically and I probably will time my wedding around the time of launch.

You’ve been involved in the music industry for many years, how does it compare now to when you were younger?

Lauren Laverne: The industry’s changed but the things that make people get into it and want to create don’t change. Ask Paul McCartney why he did it 50 years ago and he’d say the same as a kid who’s just uploaded their demo onto myspace, I’m sure. The industry’s been lateralised by the internet, opportunities to be noticed are still precious and platforms that elevate you above the pack are still important but I think creatively we’re in a really exciting position.

What do you make of The X Factor?

Lauren Laverne: I don’t think X Factor is a music show. It’s a TV show, it’s about suspense. I don’t think anybody in their right mind would argue that the music produced during or after is scintillating or groundbreaking. It just happens to be a fascinating TV show about how loud you can sing but you know – I think music’s like ice cream – you don’t have to like every flavour but there’s no need to get angry about mint choc-chip just because it exists.

As well as Orange Unsigned, you’re set to judge on Doritos’ King Of Ads. Are you the new Deborah Meadon?

Lauren Laverne: No because I’m a total soft touch, I’d be the worst dragon ever! I’d be the weepy dragon out of Pete’s Dragon!

Lauren Laverne: That’s really tricky, there aren’t many celebs that would win-out against the Doritos, to be honest I wouldn’t fancy anyone’s chances.

You’re a vegetarian but would the aforementioned Facebook group convince you to support meat?

Lauren Laverne: I got invited to join it actually but I turned it down. I love Cheryl, she’s lovely! I’m an un-preachy vegetarian. I would never disown a friend because they ordered a steak from a restaurant, it’s not about converting people, it’s about living the life you want to live.