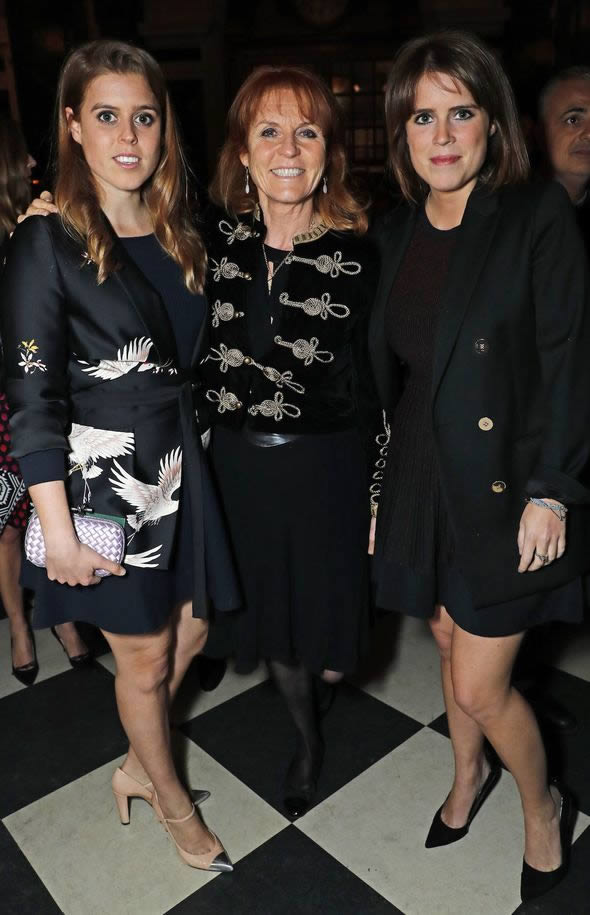 Princess Beatrice was believed to be isolating with fiance Edoardo Mapelli Mozzi at her London apartment in St James’ Palace amid the coronavirus pandemic.

However, her mother Duchess of York has now revealed that the British royal has been instead staying at her future-in-law Nikki Shale’s house near Chipping Norton. Sarah Ferguson, the Duchess of York, recently appeared on an audio episode of “City Island Podcast,” hosted by her good friend and “X Factor” winner Darlton Harris.

During the podcast, the 60-year-old revealed that her eldest daughter Princess Beatrice has been isolating with her fiance Edoardo Mapelli Mozzi and her future mother-in-law Nikki Shale at the latter’s £1.5million country house in Oxfordshire.

Sarah, who has been isolating with her ex-husband Prince Andrew, younger daughter Princess Eugenie, and son-in-law Jack Brooksbank at their family home Royal Lodge in Windsor, says she misses her eldest daughter. She also called her daughter’s future mother-in-law “lovely” and a “great friend.” Fergie also expressed her sorrow with the postponing of Beatrice’s wedding for the third time due to coronavirus pandemic, the first two times being due to the uproar surrounding Prince Andrew because of his alleged involvement with convicted sex offender Jeffrey Epstein. If not postponed, Beatrice would have been making preparations for her wedding to the property developer scheduled for next week at the Royal Chapel, St. James’s Palace.

“It’s sad for me that Beatrice, she was going to get married next week, but they postponed the wedding. Edo and Beatrice have been living with her future mother-in-law who is lovely. Great friend of mine. But I’m missing my other daughter but it’s just like everybody else, we are just the same family as everybody else,” the duchess said.

The royal also said that she has been enjoying spending time with Eugenie and Jack, revealing that they have bonded a lot during the past few months in lockdown. She added that she even got to bake a lemon drizzle cake with her 30-year-old daughter for the first time. “During this lockdown period I’ve really loved spending more time with Eugenie and Jack. My daughter got married to Jack in, oh goodness, was it last October? No, it was October before, heavens! And so, of course once she’s gone to get married they live away. So, I haven’t seen her so much and so now it’s been a total joy to spend real quality time with her,” she said.

“And, first time in 30 years I even baked a lemon drizzle cake with her, so the first thing is that it’s fantastic,” Sarah added.

Why Harry and Meghan's father Thomas may never meet