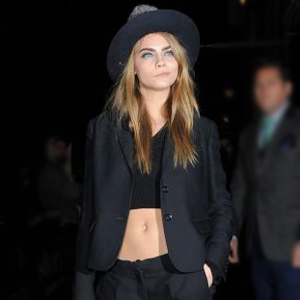 Cara Delevingne has gone on a Twitter rant about the "disgusting" lack of privacy for stars, expressing her hopes that the laws will be changed in the UK soon.

The in-demand model took to Twitter Monday night (31.03.14) to vent about being stalked by "assassins with telescope lenses" wherever she goes, pointing out that Britain’s late Princess Diana; who passed away after a high speed car chase with photographers in Paris in 1997 – should have set an example for media regulation in the UK.

Cara ranted on the social network: "I really think that it’s disgusting that Paris is the only place where it is illegal for paps to follow you around. It actually took someone losing their life – Diana, an inspirational woman – and then it changed, but they still won’t change it in London!

"It’s horrible!! How many people have to get hurt or even killed to realise that it’s not right? It scares me because they act like they’re assassins with their telescope lenses, hiding in bushes or whatever they can find; I actually used to feel so sorry for them, how boring it must be to follow people around all the time, but some of them actually enjoy it."

Cara’s anger no doubt stems from her recent trip to Mexico, where pictures of her beachside frolics with girlfriend Michelle Rodriguez made headlines the world over. The 21-year-old model also went on to question why snappers are always male. She added: "Rant done!! Needed to get that off my chest for a while! Also, I have never once seen a woman pap! Can someone explain that!?"