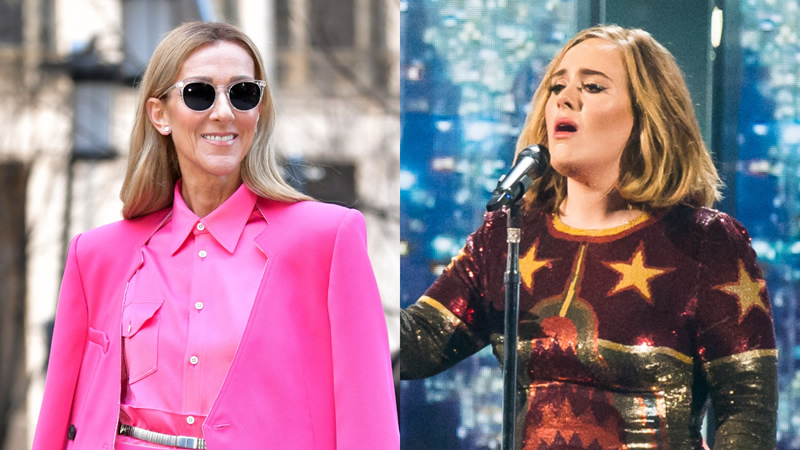 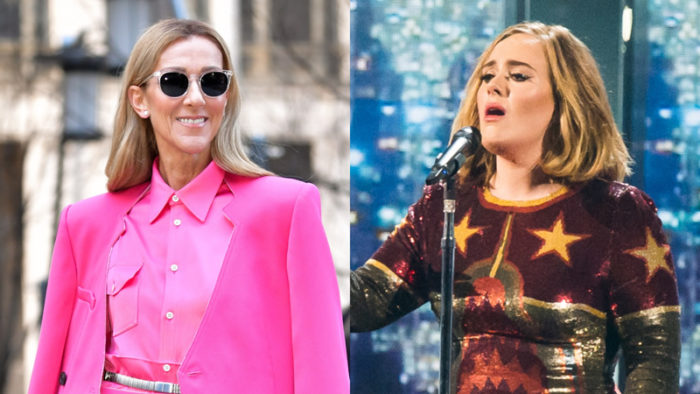 After Adele made the surprising confession of having Celine Dion’s gum framed in her house, the legendary singer-

Dion finally reacted to it! If you didn’t know, last week, Adele spoke to Vogue and answered their 73 questions, and made headlines for unveiling her unique prized possession, which was Celine Dion‘s gum in a frame, which was gifted to her by TV host James Corden!

Post her Vogue confession, Corden reacted by confirming: “That is a true story. The weekend before we had shot [Carpool Karaoke], we went on a little weekend away to Mexico, my family, [Adele], her son and we spent a weekend together. And the following Friday I was shooting the Carpool with Céline Dion and Adele just loves Céline Dion.”

So before shooting the episode, James recalled how he asked for Celine Dion‘s piece of gum, telling her that he was looking for something to throw it out and using paper from a script. “I ripped off a piece and she put it in and I said, ‘Don’t.

I’ll do it,’ because, you know, she was about to do the fold. I said, ‘I got it, I got it, I got it.’ I then had to give it to [show producer Diana Miller] and I was like, ‘I need to keep this super safe!’ And she took it and looked at me like, ‘I think this is the day he’s lost his mind. And I said, ‘Please keep it safe.’ And then I gave it to [Adele] for her birthday. She’s a difficult person to buy for. A candle doesn’t cut it!” He added.

After hearing Adele and James’ side of the story, Celine took to her social media and wrote: “Hilarious!.. but @JKCorden @latelateshow was supposed to give it back to Celine… She likes to chew while singing ‘It’s All ‘Gumming’ Back To Me Now’. Anyway, we love ‘Easy On Me’ and can’t wait to hear your new album @Adele! – Team Celine.”