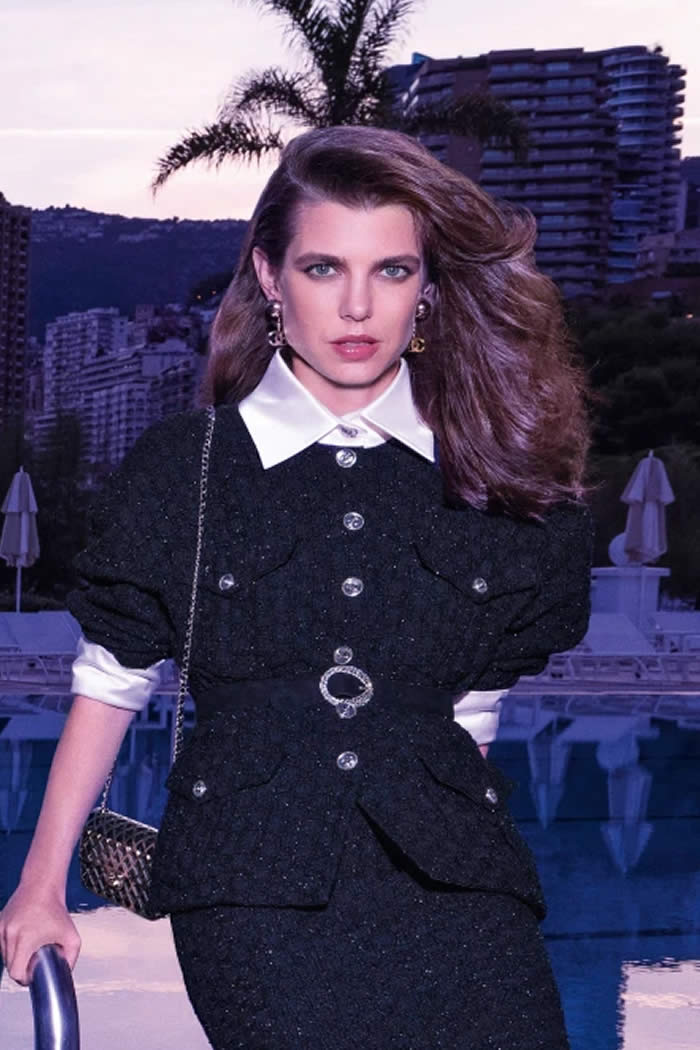 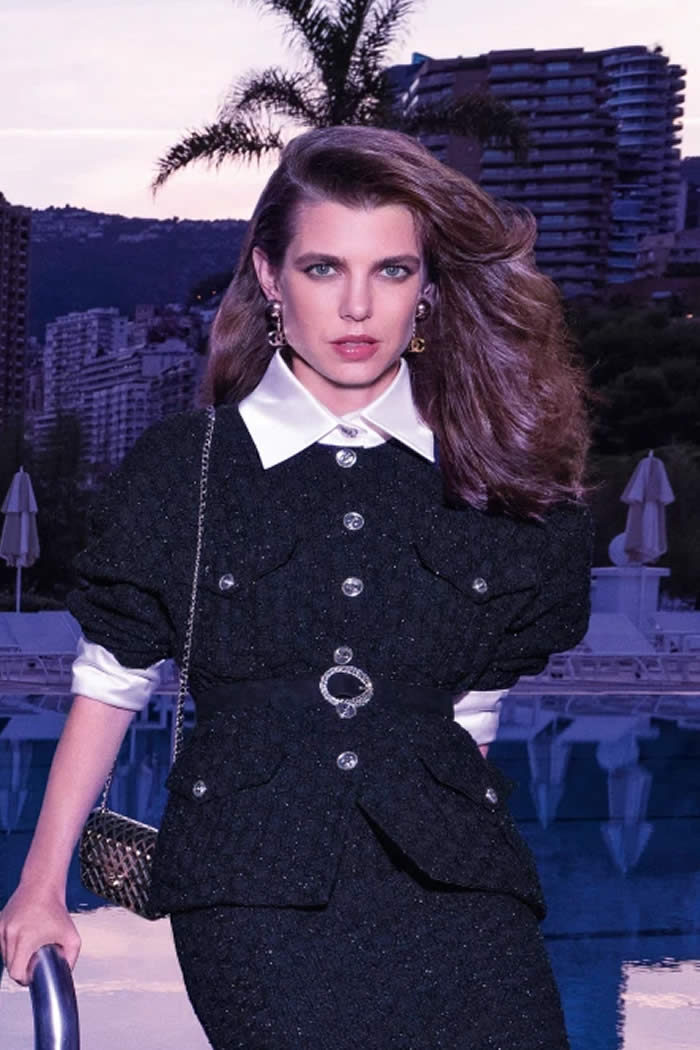 For Charlotte Casiraghi’s first ads as brand ambassador for Chanel, what better backdrop than her native Monaco? The tiny principality is a byword for glamor, and has served as a setting for movies including “To Catch a Thief” and “GoldenEye.”

Photographers Inez van Lamsweerde and Vinoodh Matadin shot the royal by day and night, in black-and-white and in color, for the spring 2021 campaign, which broke on Friday.

The cinematic settings range from a bedroom to a swimming pool, with locations including La Vigie, a villa in nearby Roquebrune-Cap-Martin that was long rented by former Chanel creative director Karl Lagerfeld, a close friend of Casiraghi’s mother, Princess Caroline of Monaco. “Staging the set-ups in similar locations both at night and during the day was the starting point for this series in which Charlotte fluctuates between dream and reality,” the photographer duo said in a statement. “Charlotte has a mysterious quality, a push-pull duality that emphasizes our play on the merging of reality and dream.”

Chanel revealed in early December that Casiraghi would join its roster of ambassadors, which includes Kristen Stewart, Marion Cotillard and Lily-Rose Depp. In a video unveiling the partnership, Casiraghi praised Chanel’s current creative director, Virginie Viard, for her deft handling of the house codes and history. “In some houses with strong symbols, designers mess around with them, and you can see it. But not with Virginie. She doesn’t make a big fuss, she just gets on with it,” she said.

“What’s great about this collection is that it’s the ideal female wardrobe,” Casiraghi added. “It was so pleasing to wear the collection for the shoot, and I got very emotional doing it at La Vigie, a house on a hill overlooking Monaco, which is full of history for me, as it’s Karl’s old house.” La Vigie was also the location for Casiraghi’s wedding reception in 2019, for which she wore a white satin bustier dress from Chanel’s spring 2019 haute couture collection, the last designed by Lagerfeld. Casiraghi is married to Dimitri Rassam, the son of French actress Carole Bouquet and the father of her son Balthazar.

The granddaughter of American film star Grace Kelly, Casiraghi is a regular at fashion week events.

The Monaco royal appeared in Saint Laurent’s fall 2018 campaign and had previously featured in ads for Gucci, which like Saint Laurent belongs to French luxury conglomerate Kering. She also appeared in a campaign for Swiss watch brand Montblanc in 2015.