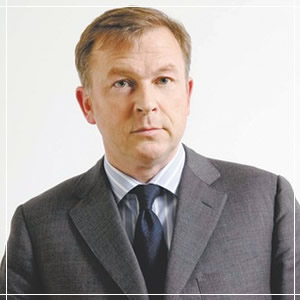 After nearly four years in the role, Graziano de Boni will step down as chief executive officer of Giorgio Armani Corp., the North American subsidiary of the Armani Group. He will be succeeded by Giuseppe Marsocci, ceo of Armani’s Swiss branch who heads the Armani Group’s worldwide Diffusion Division.

Marsocci, who starts his new role on Jan. 1, will relocate to New York and report to Livio Proli, worldwide managing director. Marsocci has been in his present role since 2010, having joined Armani in 2003.

De Boni, whose resignation is effective at the end of the year, was unavailable Wednesday for comment on his plans. “I would like to thank Graziano for his contribution to the growth of the North American business over the last four years, and I wish him all the best for his future endeavors,” said Giorgio Armani, chairman and ceo of the Armani Group.

De Boni joined Armani in January 2011 at a time when the U.S. arm was looking to capitalize on the momentum of the Italian house. He initiated a multipronged strategic plan that included strengthening the main Giorgio Armani brand for women and men, which serves as the umbrella for the other U.S. brands such as Armani Collezioni, Emporio Armani, Armani Jeans and Armani Junior. At the time of his hiring, de Boni said his initial focus would be to develop the Giorgio Armani main line, which had always done well in its own freestanding stores, but hadn’t been developed to the extent that it should have at wholesale. He said women’s was further developed than men’s, which was in just a handful of stores in America.