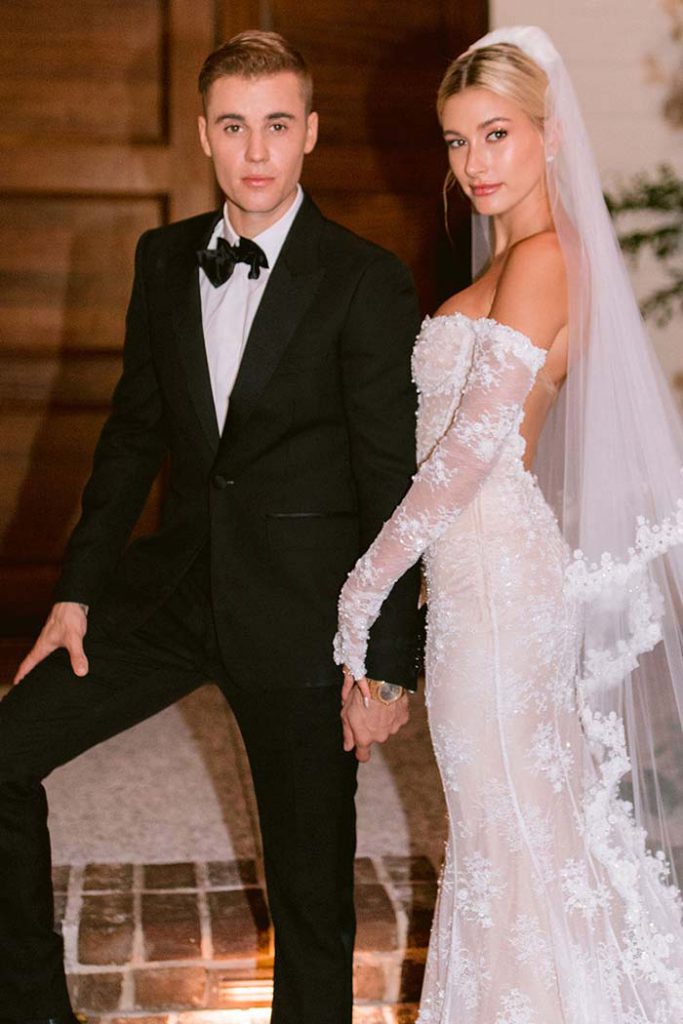 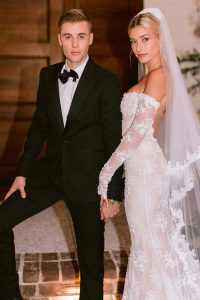 The couple celebrated in a space decked out with candles, an overhead floral installation, and simple centerpieces.

Details from Justin Bieber and Hailey Baldwin’s second wedding in Palmetto Bluff, South Carolina have been kept (mostly) under tight wraps; just a few details from the star-studded bash have come to light. However, thanks to recent social media posts from both the couple’s event planner, Mindy Weiss, and their photographer, Jose Villa, we now know what the duo’s reception looked like.

Although the couple’s rehearsal dinner took place outdoors on the shore, the reception was held in a ballroom at the Montage property in Palmetto Bluff. In the snap both Weiss and Villa shared, a long estate-style table was surrounded by mid-century modern hairpin chairs in a blonde wood shade. The uncovered tables, which appeared to have a modern, marble-inspired top, were bathed in candlelight thanks to plenty of white taper candles.

Interspersed between the candles were single-flower cluster centerpieces. One arrangement was made of baby’s breath, another was comprised of white calla lilies, while yet others appeared to feature pink celosia, white roses, and other blooms. However, the botanicals weren’t just on the tabletop. Suspended from the ceiling was a canopy of Spanish moss and greenery, an appropriate addition to the couple’s Lowcountry destination event.

While the décor from the inside of the chapel where the couple exchanged vows hasn’t yet been revealed, Hailey recently gave fans a better look at the Off-White wedding dress, designed by Virgil Abloh, that she wore for that portion of the day. Abloh designed the gown to be “fun and youthful just the same, but still traditional,” notes Entertainment Tonight. The outlet also spotted another detail from her ceremony gown that was previously unknown—Abloh embroided the words “wedding dress” on the back of the gown in tiny white beads.