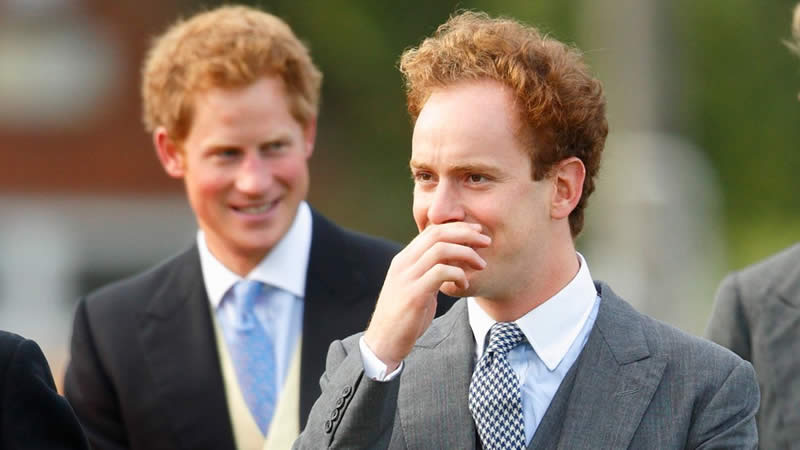 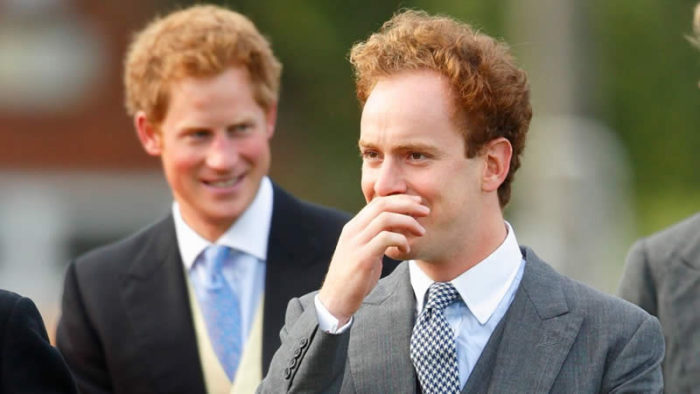 Skippy later lamented that the Duke of Sussex’s friends “lost him” after he met and married Meghan.

According to royal biographers Omid Scobie and Carolyn Durand in their book Finding Freedom, Skippy also claimed that Harry was so “awed” by his new Hollywood star friends, such as George Clooney, that he forgot about his childhood friends.

Harry did not invite Skippy to his wedding after-party

Despite being close friends from Eton, the Duke of Sussex reportedly did not invite Skippy to his private wedding after-party.

Skippy and his wife, Lara, were reportedly among 600 guests the Sussexes invited to their wedding at St. George’s Chapel, Windsor Castle. Skippy and Lara also attended the lunchtime reception held after the wedding, but they were conspicuously missing from the list of 200 invitees to Harry’s wedding after-party at Frogmore Cottage, according to Express.

Although Skippy and Lara were not invited to Harry and Meghan’s evening reception at Frogmore, Hollywood star George Clooney and his wife, Amal, attended.

The guests were transported to the Royal after-party in a bus that arrived at Frogmore Cottage at 7 p.m. but Clooney and Amal were among the few guests who chose to arrive at the venue in their own vehicles.

The Clooneys reportedly drove to Frogmore in a silver-colored Audi.

According to Scobie and Durand in Finding Freedom, Harry may have snubbed his Eton schoolmate because he voiced his reservations about Meghan and advised them to live together for some time before marrying, according to In Touch Weekly.

Inskip was not the only person close to Harry who expressed reservations about Meghan. Harry’s brother, Prince William, also reportedly advised him not to rush his relationship with Meghan.

William reportedly wanted Harry to slow things down and get to know Meghan better before marrying her.

‘Meghan has changed Harry too much,’ Skippy lamented

Skippy reportedly remarked during a gathering with friends after the wedding that Harry was so “awed” by his new Hollywood friends, such as Clooney and Oprah, that he forgot about his old friends.

“Meghan has changed Harry too much,” Skippy also said.

Harry’s old friends, including Skippy, reportedly felt the Sussexes used the list of invitees to their private evening reception to send a signal about “the people we want in our lives moving forward.”

Harry’s old friends may have felt hurt about being ditched in favor of George Clooney because the Duke wasn’t so well acquainted with the Hollywood star before his wedding.

Despite not knowing Harry very well, Clooney and his wife, Amal, were reportedly given VIP treatment at the wedding. At the service, they were allowed to share a “prime pew” with Lady Carolyn Warren, the wife of the Queen’s Bloodstock and Racing Advisor, John Warren, Express reported.

Oprah Winfrey, who was also invited to the wedding, reportedly met Meghan only once before the wedding.

Meghan’s dad, Thomas Markle, also did not attend the wedding

Harry never contacted Thomas to ask for his daughter’s hand in marriage, and he never met him before their wedding.

Kate Middleton reportedly voiced concerns that Harry did not meet Thomas before marrying his daughter. The Duchess of Cambridge “could not understand why Harry had never met his future father-in-law,” royal writer Ingrid Seward said.

Meghan has been estranged from Thomas Markle since she married Harry in May 2018.

Is Bennifer back on? Here's why we're not Surprised