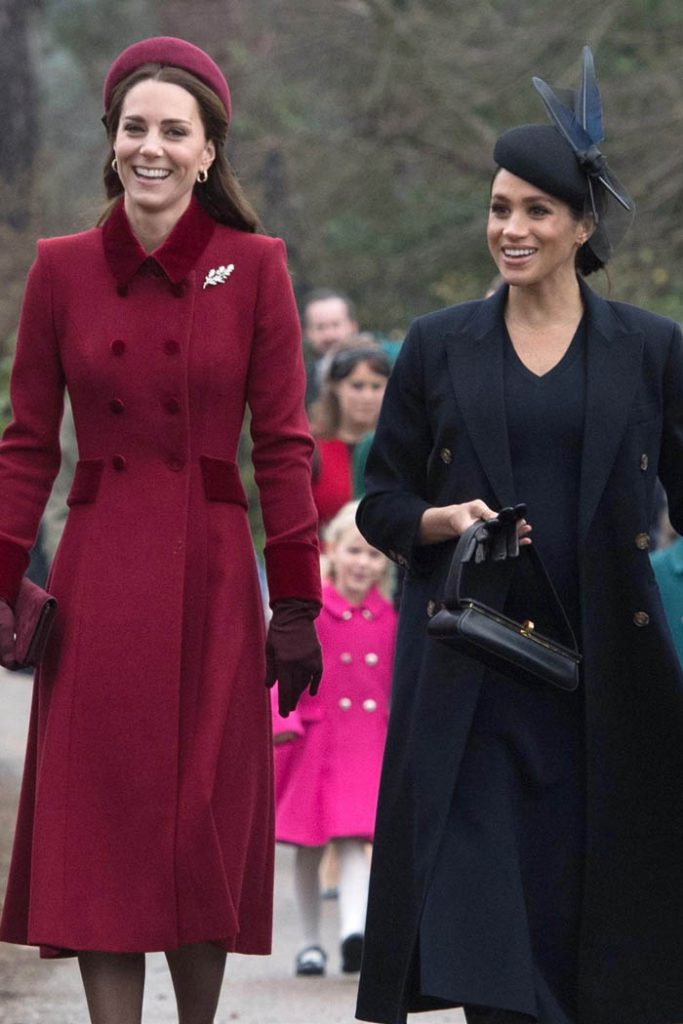 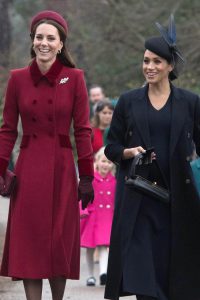 Are Kate Middleton and Meghan Markle both pregnant at the same time? The line of succession could get a little bit longer if one tabloid is to be believed.

Let’s start off by saying morning sickness during pregnancy does not make anyone a worse person. Weird way to begin, we know, but it’s how In Touch begins its coverage of an alleged simultaneous pregnancy between Kate Middleton and Meghan Markle.

“No morning sickness for Kate!” it says on the cover, as if morning sickness makes Markle less of a lady than Middleton. The tabloid couldn’t even wait until the proper story to place Middleton on a pedestal above Markle.

The whole coverage of this alleged dual pregnancy is hackneyed. The article echoes rumors Gossip Cop confronted last week about Markle seeking IVF in an effort to get pregnant.

A “royal source” tells the magazine Markle’s second baby is “all their friends are buzzing about,” adding that “Meghan has been unusually tired” despite Harry being “very hands-on.” The implication behind this is that the tabloid wants the reader to think Prince Harry, described as going “above and beyond for Meghan,” is a better father than she is a mother.

Meanwhile across the pond, this same so-called insider can also report “rumors are swirling… that Kate Middleton is pregnant with baby No. 4.” Later in the article though, the magazine makes a point of saying Middleton has “been shunning alcohol and craving spicy foods.”

Is it a rumor or is she already pregnant? Prince William is not depicted as going above the call of duty, instead Middleton and Prince William are “stronger than ever” thanks to quarantine. No reports of fatigue either, which shows the tabloid wants to make Markle look weaker than Middleton. Last week, Middleton was brought up favorably in a story about Markle barring Middleton from seeing her unborn second child. Just a month ago, we debunked additional rumors from Woman’s Day about Middleton being pregnant. If Markle or Middleton do indeed get pregnant, then an official statement will be made. Without any official statement, this is little more than vicious rumor mongering speculation.

The worst of this article comes in the final paragraph, where the tabloid brings in the deceased mother of William and Harry, beloved Princess Diana, in an effort to make Markle look bad. The anonymous and untrustworthy source says “It would have made their mother so happy for her boys to be together as they grew their families.” Excuse me? This is utterly disgraceful.

Markle has been accused by In Touch’s sister magazine, the National Enquirer, of stealing Princess Diana’s jewelry. That same tabloid claimed Markle had a lifelong obsession with her, and that “Marrying Harry is her sick fantasy come true.” Gossip Cop busted both of those stories, as these were just more attempts to make Markle look evil. There is sickness at play here, none of which has to with Markle.

Prince Harry made a powerful statement late last year on how he sees the tabloid media, which is especially relevant to this article for bringing his mother up. He said about the tabloid press: “I lost my mother and now I watch my wife falling victim to the same powerful forces.”

Part of the reason the Duke and Duchess of Sussex moved to America was to live a more private life away from the royal lifestyle and raise their son on their terms. Prince Harry is infinitely more aware of what his mother did in her life than this tabloid could ever hope for. Shame on them.