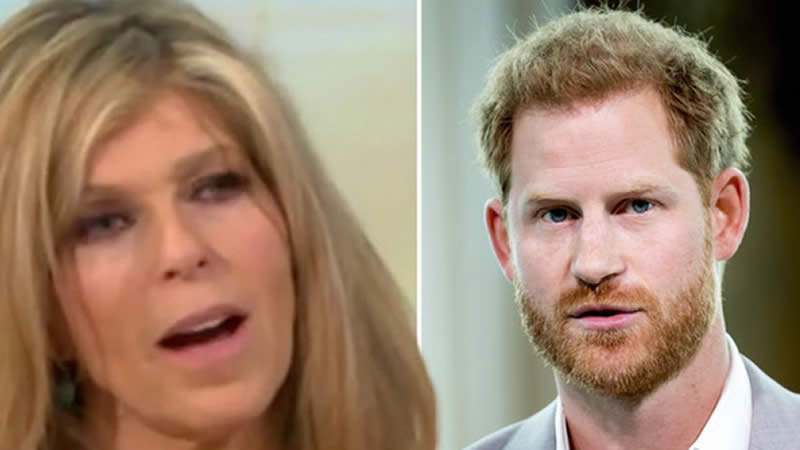 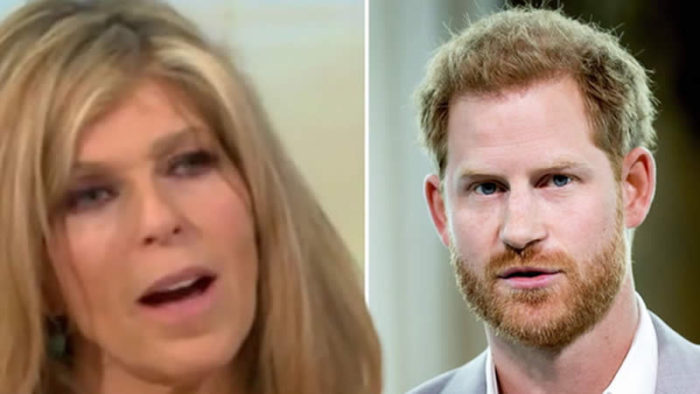 Kate Garraway slammed Prince Harry for his “devastating” remarks about his upbringing with father Prince Charles, branding him “entitled and without empathy”.

Good Morning Britain host Kate Garraway has criticised Prince Harry for his recent remarks about his father Prince Charles, claiming they will have a “devastating impact”.

Harry, who is expecting a daughter with wife Meghan Markle, and is already father to son Archie, aged two, compared his life to “a mixture between The Truman Show and being in a zoo”

Speaking on Friday’s show, Kate said: “He is very young isn’t he, Archie? And the other one is not with us yet.

“To break away in as brutal way as possible and so he will have it come back at him.”

She continued: “Do you think, he has always been in the public eye obviously, but do you think he almost doesn’t understand that when he says these things, the devastating impact these comments will have?

“Because we have had people say to us already, ‘What does he mean about the cycle of pain?

“‘I grew up in a house where there was abuse, I had all sorts of things happening in my life’.

“And of course we know pain is pain, it might be a different sort of it, but it’s still difficult.

“He is telling his story but it instantly sounds entitled, and it sounds without empathy, doesn’t he?”

Guest Iain Dale, who was taking part in the debate, replied: “I think that living in the Royal Family must be like living in a goldfish bowl, in a way.”

Speaking on the podcast Armchair Expert with Dax Shepard, Harry said: “There is no blame. I don’t think we should be pointing the finger or blaming anybody.

“But certainly when it comes to parenting, if I’ve experienced some form of pain or suffering because of the pain or suffering that perhaps my father or my parents had suffered, I’m going to make sure I break that cycle so that I don’t pass it on, basically.

“It’s a lot of genetic pain and suffering that gets passed on anyway so we as parents should be doing the most we can to try and say ‘you know what, that happened to me, I’m going to make sure that doesn’t happen to you’.”