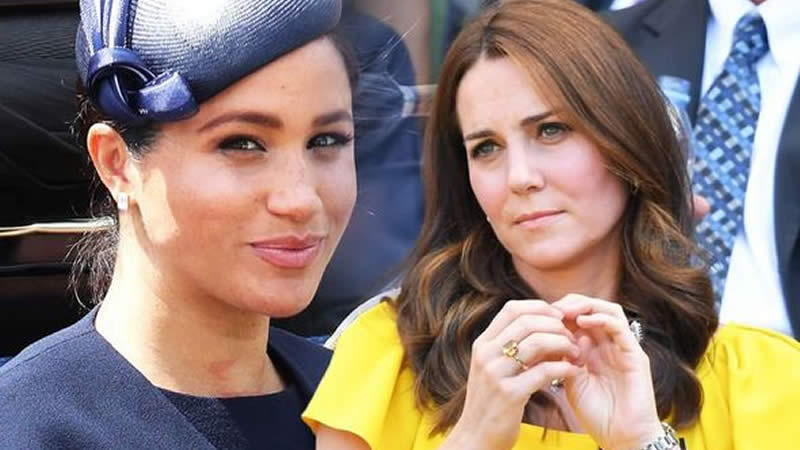 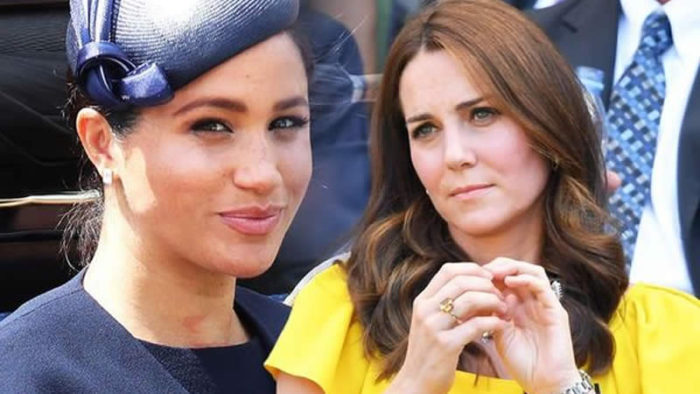 Despite reuniting in honor of their mom to unveil the statue of Princess Diana at Kensington Palace today, Prince William and Prince Harry continue to struggle with tension in their relationship.

Their wives Kate Middleton and Meghan Markle are also knee-deep in the feud, of course, and have long been pitted against each other by the press and perhaps even palace insiders. There is hope, however, and it lies with the newest royal, baby Lilibet Diana.

According to an Us Weekly source, since the Duke and Duchess of Sussex gave son Archie, 2, a little sister, the future Queen Consort has been reaching out to her estranged sister-in-law.

“Kate has been reaching out to Meghan a lot more since [Lilibet] was born, she’s sending [notes and] gifts and trying to build up a relationship,” the source told Us Weekly. “The Firm has been instructing staffers to reach out more to Harry and Meghan to get them to soften a bit.”

Oh, The Firm. It sounds so sinister, right? Probably just because it makes us picture Tom Cruise having to fight for his life against the creepy old lawyers in the 1993 movie. But if you’re still not clear on what The Firm is, here’s how Time describes it:

A post shared by Duke and Duchess of Cambridge (@dukeandduchessofcambridge)

“An unofficial nickname that dates back to the time of Queen Elizabeth II’s father, King George VI, The Firm is an informal title for the British royal family and its associated institutions, including the courtiers, staff, and working royals that keep the business of the monarchy functioning.”

That makes it sound a lot less disturbing, but we’re still bummed that the motivation behind Kate’s olive branches to Meghan might be more of a business decision than a personal one.

Wouldn’t it be nice if these two could just relate to each other as moms? And moms who are in a very unique position of being married to princes?!

Fingers crossed there is a more genuine feeling behind Kate’s attempts to connect with Meghan after Lili’s birth than just being instructed by The Firm.

The Duke and Duchess of Cambridge did take to social media to congratulate Meghan and Harry on Lilibet’s arrival in June, writing “We are all delighted by the happy news of the arrival of baby Lili.”

And during a recent royal engagement with First Lady Dr. Jill Biden, Kate added that she “can’t wait to meet” the new addition to Meghan and Harry’s family.

“We haven’t met her yet. I hope that will be soon,” she said.

If anything can bring a feuding family together, it’s an adorable infant, but we’re not sure if that new baby magic can bridge the gap between England and California, not to mention the Grand Canyon-sized rift between these royal brothers.

Angelina Jolie, The Weeknd Spotted On A Dinner Date: Report