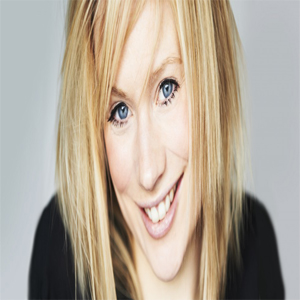 Kellie Shirley may be best known for her time on EastEnders for many, but sheâ€™s set to make big waves in 2013.

Currently a part of the multi-award winning play ‘One Man Two Guvnors’, the Londoner has a hectic year planned, starting off with a role in British comedy Run For Your Wife before another three films of hers open up this year.

We grabbed a minute with the incredibly busy actress to talk about her part on stage, her busy schedule and running marathons.

Looking over your schedule, you’ve got an incredibly exciting year coming up.

I’ve been lucky that for the first time in ages it’s a really exciting time. I mean, it’s been before, but now so much is happening. Being in One Man, Two Guvnors I get to go to Hong Kong and Sydney and Run For Your Wife is coming out soon, as is Girl On The Bicycle that I did with Paddy Considine. So it’s nice, it’s an exciting time to be me.

Tell us about your role in One Man, Two Guvnors?

For people who might not have heard of it, what’s it about?

I went to see it a couple of years ago when James was in it and honestly I’ve never, ever laughed at the theatre like that. It’s just so funny, it’s really silly and it’s set in the sixties in the time of The Crays. So it’s 1963, it’s all about East End gangsters and it’s just a farce. Really high end silly fun.

When I went to see it, I made a little cheeky note to the casting director saying that if there was ever a recast, that I would love to come in and read for them. Rufus is great in it too! When I watched it, I totally thought “I could play that dumb blonde, it’s just me!” (laughs)

We’re going to seeing you soon on the big screen in Run For Your Wife. What can you tell us about that?

It’s another comedy and Danny Dyer’s playing his first comic role really, so it’s a side that no-one’s ever seen before as an actor. Judi Dench is in it, which is great, Neil Morrisey, Denise Van Outen, who’s become a really good friend of mine. Just some really lovely fun people.

The cast is really diverse too. The oldest actor there was in their eighties and the youngest was about 15. It was a real mish mash of talent, age and prestige and I loved it.

The premieres coming up really soon, so are you excited about that?

Well, the writer and director Ray Cooney is this legendary playwright and it’s going to be his 80th birthday, which nicely coincides with the opening of the film.

The film was originally a play that ran in the West End for about 10 years and was a big success and Warner Brothers offered to make the film for him, but they wanted it to be set in America. The film really needs to be in England, it’s a very British film, so he got some independent backers and put some money up himself to get it filmed.

So the premiere’s going to be very London based and we’re gonna have a boat that goes up the Thames, as it’s going to be near his birthday and the film’s opening up nationwide on Valentine’s Day.

You’re also heading over to Sundance this year aren’t you?

Well, I’m meant to, but it’s really soon that I’d have to go and I’m doing One Man, Two Guvnors. So they’re still in talks as to if I could go for the weekend. It’s a brilliant film though, it’s called Everyone’s Going To Die and it’s this cookie film, it’s a bit like Lost In Translation.

It sounds like a dodgy horror film written by Steven King. I’m very happy to do a film like that, don’t get me wrong, but this is more meaning that you’ve got to live your life because, well, everyone’s going to die someday.

You’re an ardent Crystal Palace fan, so what was it like filming another film Kick there?

Well, my dad’s second team after Crystal Palace is Arsenal, so I didn’t feel too bad to film there. But the Emirate’s is just vast and it’s so exhilarating to run across the pitch. I loved it! We got have a little kick around, have a look behind the scenes at Arsenal, go in the VIP boxes, the dugout and the changing rooms.

It was so great, like being invisible for the day and going where you’re not meant to go. I loved it, even if I’m not the biggest Arsenal fan.

A lot of people will know you best from your time on EastEnders, what’s your biggest memory of that time?

Err, early starts. I don’t miss getting up at seven in the morning. I went back quite recently in September for a lovely little storyline and it was really surreal. It was great to be back there, but I sort of felt like the new girl, because everyone had changed really. I got the same make-up girl though and I think I even had some of the same costume which was, a little weird, but I had a really good time on there.

My learning of lines has gotten so much better for being a part of that show. You bash through so many pages of dialogue on there, that learning lines is a lot easier now for me. I don’t miss the early starts everyday though, I much prefer being in the theatre, getting up at midday (laughs).

Must be good on a film when you’ve got fewer pages to do each day?

I know! And you have the most lovely lunches, you get a Winnebago! It’s definitely a nice life.

Has the rollercoaster nature of life on Albert Square helped you as an actor?

I’ve never thought about it, but the one thing it really has helped with is making quick decisions. You have such little time to film things; you’ve got to use your gut instinct straight away. EastEnders doesn’t really lend itself to comedy unfortunately. Quite the polar opposite.

Maybe that’s why I’ve ended up doing lots of comedy films afterwards; it can get a bit gloomy. The drama aspects really good fun to film though, all those really juicy domestic storylines that actors love to play.

That’s next year, because I’m going to be away, but I might do the Great North Run to get me up to speed in September. I recommend them, it’s really good fun. I know that sounds weird, but it really is a lovely day and you’ll be amazed at what your body can do. You find your inner Forrest Gump. It’s so weird, you get to the finishing line and you can’t stop running. It’s really odd.

I’m going to be running for Anthony Nolan Leukaemia Trust, which is who I ran for before. It’s a really good charity and tries to raise awareness for people who go on the bone-marrow register and targeting people specifically between 16 and 30.It’s a brilliant charity and I was able to see where the money I earned last time went , so I’m really pleased to be a part of them.

You said you were going on tour with One Man, Two Guvnors. Can you give us some details?

We’re at the Lowry in Manchester for the next week, then we’re off to Cardiff, then Nottingham, I then have two weeks off for Run To Your Wife and then I’m off too Hong Konk, Adelaide, Auckland, Sydney for six weeks and then Melbourne for another seven and then come back in July.

We’re going to do some festivals over there too, including the Sydney one that Kate Blanchett and her company runs and we’ve been asked to bring One Man, Two Guvnors over there so that’s going to be really nice. I can’t wait, I’ve never really been anywhere, so I’m really, really excited.

Sounds like you’ve got a pretty amazing year lined to us.

That sounds really smug if I say it! (laughs)