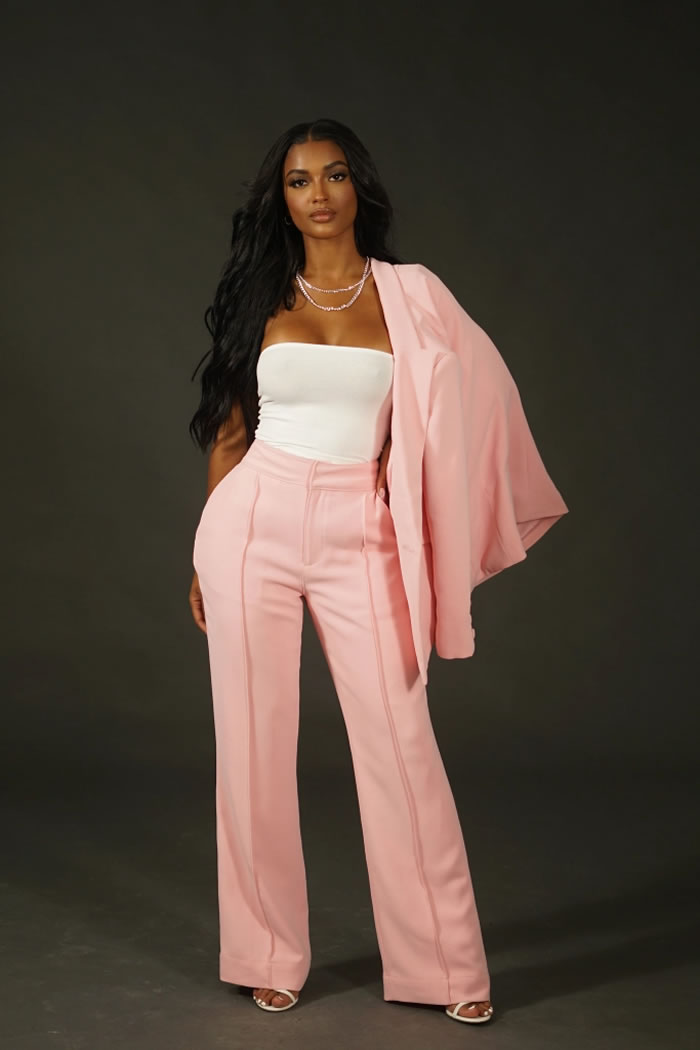 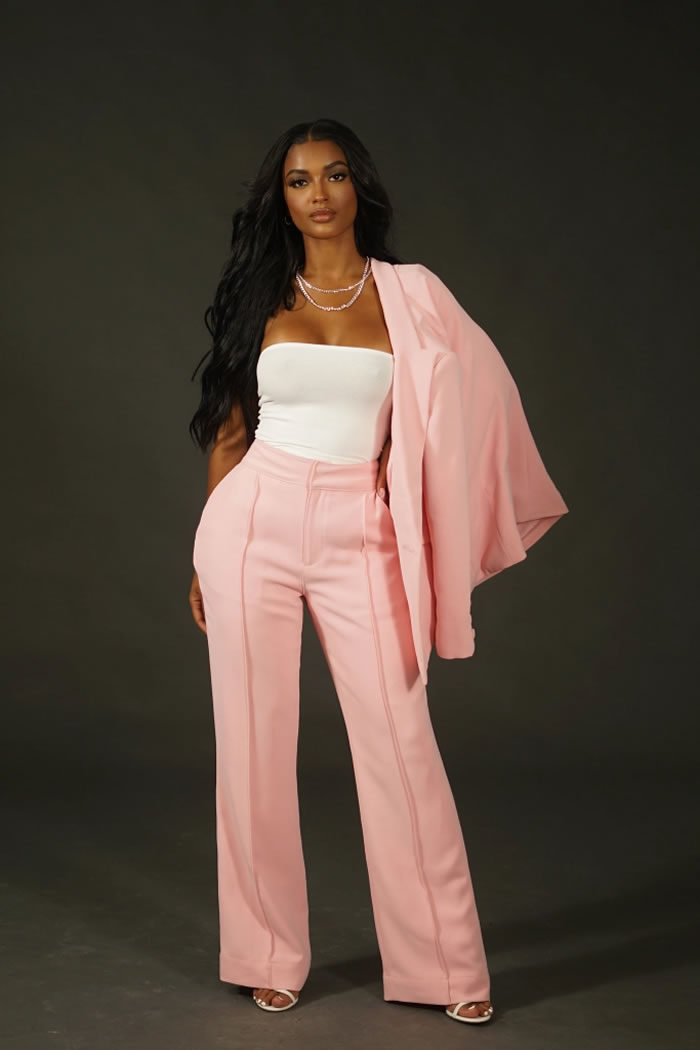 Randle plans to preview the collection virtually to the media Wednesday night, along with a “meet and greet.”

“I want it to be inclusive for everyone and fit all sizes,” said Randle, founder and chief executive officer, noting the line is sized from 0 to 16 and XS to XXL. Randle designed each piece with the intention of inspiring women to embrace feeling sexy and strong.

Born in Kentucky, Randle studied fashion design and merchandising at the University of Kentucky. After college, she moved to Los Angeles and interned at Michael Costello for two years. Since her husband was in the NBA, they traveled frequently and eventually landed in New York City last year, when he signed with the Knicks. At that time, she knew it was time to strike out on her own. The line, which she began designing a year ago, is manufactured in a factory an hour outside of Beijing. Due to COVID-19, they experienced delays in production, and as a result, she is only now officially opening her fall collection on Oct. 20. She plans to start showing retailers the collection virtually and will ship immediately. She intends to participate in Coterie and Fame with NuOrder.

Randle anticipates the fall bestsellers will be the baby pink blazers with matching pants, and what she calls her “Va-Va-Voom,” dress, which is very tailored and contoured to the body with cutouts and boning.

“I tried to make it so each woman can feel classy, but sexy,” she said. She said the line is geared to independent women who can wear the clothing to work and then for a night out with friends. Randle plans to do three collections a year, and the spring collection will have 15 to 16 styles.

Someday, she said, she’d like to open her own retail store. “It’s a dream of mine. I want to be smart and do e-commerce at first,” she said. She is working with an all-female team of four employees on the manufacturing side, two other employees and a p.r. team.

As for her personal life, Randle said she herself played basketball growing up so enjoys going to her husband’s games. She took their three-year-old son to all the home games before the season was suspended last May. “It’s a huge part of our lives,” she said. Pre-COVID-19, she said, they’d also travel to the away games and spend two to three days in the other cities.

Suits Trivia: Meghan Markle Wore A Dress Worth THIS Much While Auditioning For Rachel Zane