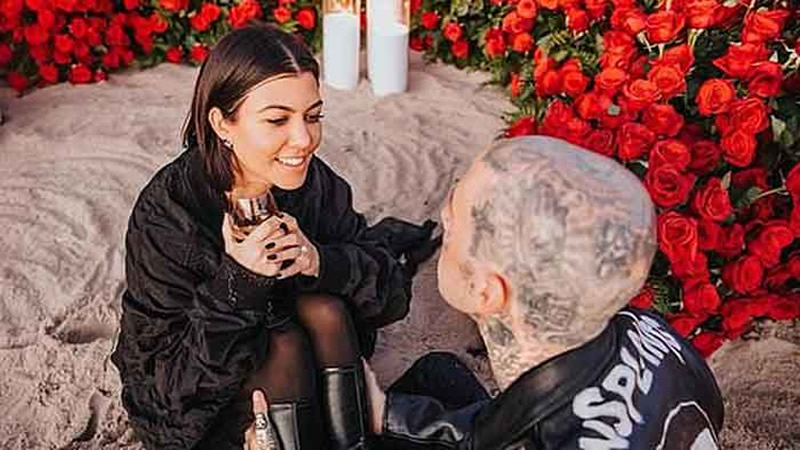 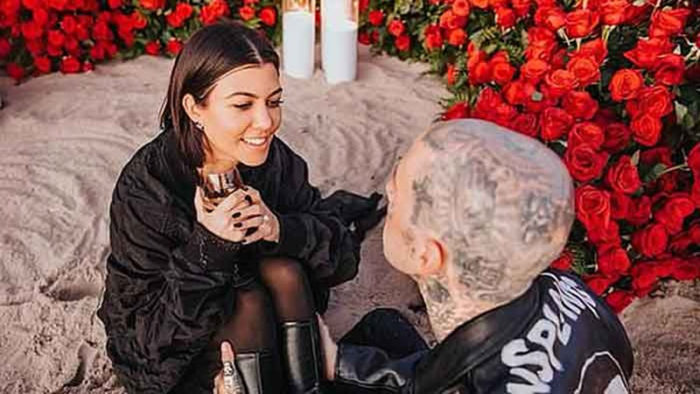 Kourtney Kardashian is still reliving her beautiful proposal from her fiancé Travis Barker.

Kardashian, 42, shared a series of pictures from the special event on Instagram on Wednesday, featuring shots of the couple kissing and hugging, as well as casual shots of them on the beach. “I woke up all night thinking it was a dream,” the Poosh founder wrote.

However, responding to her post, Barker, 45, replied, “Forever with you is a dream come true.” Meanwhile, the Blink-182 drummer shared similar photos on his own Instagram page, captioning the post: “My fiancé.” “My favorite person in the world,” Kardashian replied to Barker’s post.

“My fiancé.” On Sunday, Barker proposed to Kardashian at the Rosewood Miramar resort in Montecito, California. He proposed with a gorgeous oval-shaped diamond ring created by Lorraine Schwartz.

“I worked on it with Travis and he was a really big part of it,” Schwartz said as per PEOPLE. “He was really hands-on in the whole making of it. It’s gorgeous and they’re happy.” Meanwhile, Kardashian and Barker have been together for over a year. A source told PEOPLE in January that “they’ve been friends for a long time but it’s become romantic.”

Meanwhile, Barker has a son, Landon, 18, and a daughter, Alabama, with his ex-wife, Shanna Moakler, with whom he was married from 2004 to 2008. He has also remained in contact with Moakler’s 22-year-old daughter Atiana, whom the model, 46, shares with boxer Oscar De La Hoya.

On the other hand, Kardashian and ex Scott Disick have two boys, Mason, 11, and Reign, 6, as well as a daughter, Penelope, nine. After dating on and off for nine years, the couple divorced in 2015.