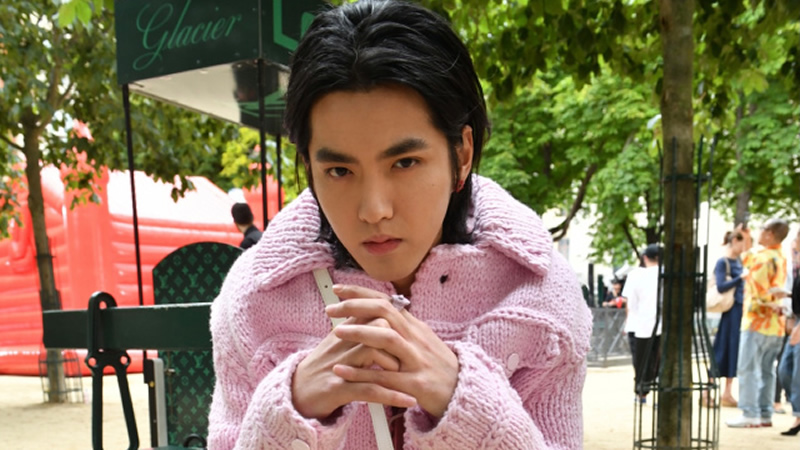 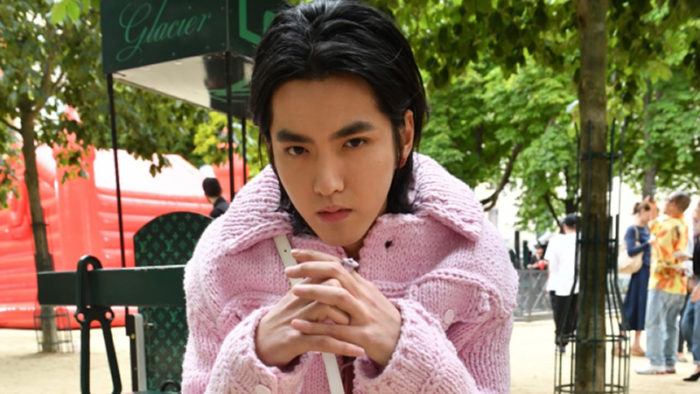 The former face of Louis Vuitton, Porsche, and Bulgari may face criminal charges and deportation.

Kris Wu, the former face of a dozen brands including Louis Vuitton, Porsche, and Bulgari, was detained Saturday night by police in Beijing.

The news broke via a Weibo post from the Chaoyang District Municipal Public Security Bureau. It said, “in response to the online reports of a person with the surname of Wu repeatedly luring young women for sex and other related accusations, the police has arrested Wu (male, 30 years old with Canadian nationality) on suspicion of rape…further investigation is pending.”

While the police didn’t specify who the person is, given the recent debacle surrounding Kris Wu’s personal life and the fact that their nationality and age revealed match that of his, the post gained more than half a million shares within 30 minutes and became top trending news on the social media platform, overshadowing the Tokyo Olympic Games.

The Shanghai-based beauty brand Kans, owned by C-beauty giant Chicmax, was the first to react and announce it had terminated Wu’s endorsement contract on Weibo. Others soon followed.

Wu, a former member of the South Korean boy group EXO, was first accused of infidelity and preying on underage girls on July 8 by Du Meizhu, a 19-year-old college student.

She shared screenshots of alleged conversations between Wu and underage girls on Weibo and claimed that she has struggled with mental health, and even had suicidal thoughts due to his infidelity and cyberbullying from his fans.

Du alleged that Wu kept a special WeChat account to contact underage girls under the pretense of recruiting artists or casting female leads for his music videos, eventually luring the girls into playing drinking games. Du said she was just one of his many conquests.

Wu and his team categorically denied the accusations and announced they had filed a defamation lawsuit against Du the same day.

However, Du soon revealed that she didn’t receive a court summons. Instead, she shared that Wu’s team reached out to her and proposed to settle the accusations with money.

She posted a chat history of her negotiating the details of the settlement plan with Wu’s representative and a copy of the contract that his team offered her to sign, which she claimed to be a trap.

She later shared a video of her receiving two bank transfers totaling 500,000 renminbi from Wu Stacy Yu and Wu Yi Fan, which appeared to be Kris Wu’s mother’s name and his name in Chinese pinyin spelling.

In an interview with local press published on Sunday, Du said she had returned Wu the hush money in installments and was ready to face legal action. She also claimed that more than 30 women who shared similar experiences with Wu had reached out to her, two of which are minors.

Wu then took to Weibo to address the issue more in-depth, saying:

“I didn’t respond earlier because I did not want to disrupt the legal process, but I didn’t imagine that my silence would accelerate this rumormonger; I cannot stand it any longer. I have only met this woman once on Dec. 5, 2020, while with a group of friends.

I didn’t urge anyone to drink, did not take a phone number, moreover did not do any of the details she described. That day there were many people present that can be witnessed. I am very sorry it’s disturbed, everyone.

I declare I have never done any ‘selecting of concubines!’ No luring for sex! No drugging to rape! No underage! If there was this behavior, everyone rest assured I would go to jail willingly. I fully understand the legal weight of my words above.”

However, the police investigation published a week later on Weibo directly contradicted the statement Wu released.

The post said Wu’s agent did ask Du to go to the home of Wu on Dec. 5 on the pretext of selecting her to appear in a music video. More than 10 people played games and drank at his home that evening.

Wu and Du had sex that night, and Wu transferred 32,000 yuan, or $4,950, to Du for online shopping on December 8, according to the police statement. The two stayed in touch on WeChat until April 2021.- wwd

You Might Want To Brace Yourself For This Major Bombshell About Shakira’s Finances That Just Got Out!