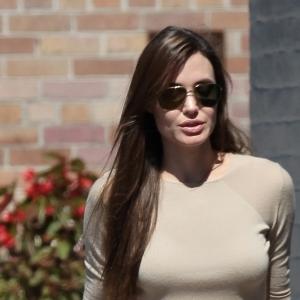 Angelina Jolie signed a deal with Louis Vuitton, which resulted in her richer profile.

by DC Content Team
0
Angelina Jolie signed a deal with Louis Vuitton, which resulted in her richer profile. French design label Louis Vuitton made an agreement with Oscar actress, about ad campaign for summer fashion.
Photographer Annie Leibowitz and actress are scheduled for International print ad campaign for this summer. The agreement amount 10 million US dollars is decided for Jolie shoot in Louis Vuitton brand.
Previously Anglina Jolie had a deal with St. John design house, while she launched her jewelry line as well. This deal is her step into Jennifer Lopez, Scarlett Johansson and Madonna who had been dealing Louis Vuitton in past.
On the other side, Armani is dabbling in sporty sensation wiht Chris Folz and Megan Fox.
Previous Article