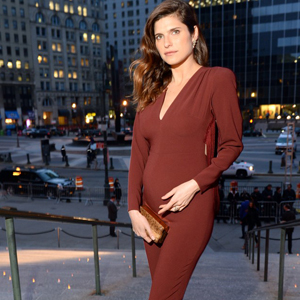 Some good news for Mayor Bill de Blasio: Movie stars, at least, seem to like him. The love affair was on display at, where else, the annual party for the Tribeca Film Festival

Some good news for Mayor Bill de Blasio: Movie stars, at least, seem to like him. The love affair was on display at, where else, the annual party for the Tribeca Film Festival by Vanity Fair’s Graydon Carter, Robert De Niro and billionaire Ronald O. Perelman. Unexpectedly, two political families came together Wednesday night under the historic dome of the New York State Supreme Court in Lower Manhattan. On one side of the rotunda, de Blasio and his brood, including wife Chirlane McCray and his security detail. On the other, Gov. Andrew Cuomo, a late addition to the list of expected guests, flanked by bodyguards. Each were besieged by well-wishers, movie stars waiting to pose with de Blasio; power players, like Harvey Weinstein, waiting to bend the governor’s ear. Separated by a mob of very well-dressed people, mayor and governor looked like two sluggers making their way through a crowd of fans before getting into the ring.

In the middle of the room was former Police Commissioner Ray Kelly, who was surprised to hear the governor was in attendance. “Where is he? I’m trying to see him,” Kelly said. Whatever could that be about Mr. Kelly? “No comment.” Just like old times for the commish. When they finally found each other inside the deafening place, Cuomo commiserated with Kelly: “You’re doing great! You’re doing better than me.” A funny remark if only because Cuomo seems to be doing a lot better than de Blasio. The mayor’s first 100 days in office have been rocky, marred by public relations missteps and losing clashes with Albany on everything from taxes to charter schools. This was his first major social function, and he seized on it to go on a charm offensive and stroke the egos of some of his most well-heeled constituents, stars of every flavor — Eric Schmidt, Jack Dorsey, Donna Tartt, Gay Talese, Tory Burch, Christy Turlington and Ed Burns, filmmakers Ron Howard and Griffin Dunne, and actors Mike Myers, Lake Bell and Christine Baranski. De Blasio accomplished the impossible by making De Niro crack up.

Talese, in a corner, towered over the diminutive Tartt, more so than usual because he was wearing a hat. His suit was gray, double-breasted. Hers: black, three-button, over a Liberty print shirt. Yellow tie for both. “I knew her before she was an international superstar,” Talese told Tartt’s companion, Neal Guma. “Still the same person.” The two authors share a sartorial sensibility but polar opposite dispositions: Talese, a social animal accustomed to these gatherings, makes Tartt look like a recluse in comparison. “Tailor-made suits,” she said when asked about the similarity in their style. “Duncan Quinn. New York. Kenmare Street.” Eventually, Cuomo made his way in the mayor’s direction, perhaps an acknowledgment that this was his turf after all. They exchanged some pleasantries in plain view of photographers, a classic, politically beneficial photo-op to put aside all those rumors of intraparty turmoil, and then the governor was off.

The mayor was giddy, seemingly on the verge of pulling out his autograph book. “You know, I’d never met him before,” he said of De Niro. What was it that he said that had made the actor crack up earlier? “I think we have some kindred history and obviously a kindred relationship. And meeting our families, we were just joking about what it means to us. It was really warm.” Elsewhere, De Niro’s wife, Grace Hightower, recalled the joke between her husband and the mayor. “He said, ‘If there’s anything that you need, please don’t hesitate, if I can help you in any way. My husband said, ‘Yes, I would like a check.’”

The next day, the mayor returned to the glamour of his official duties. He spoke at the opening of an ER unit, which was named after Perelman. Cuomo was there too.