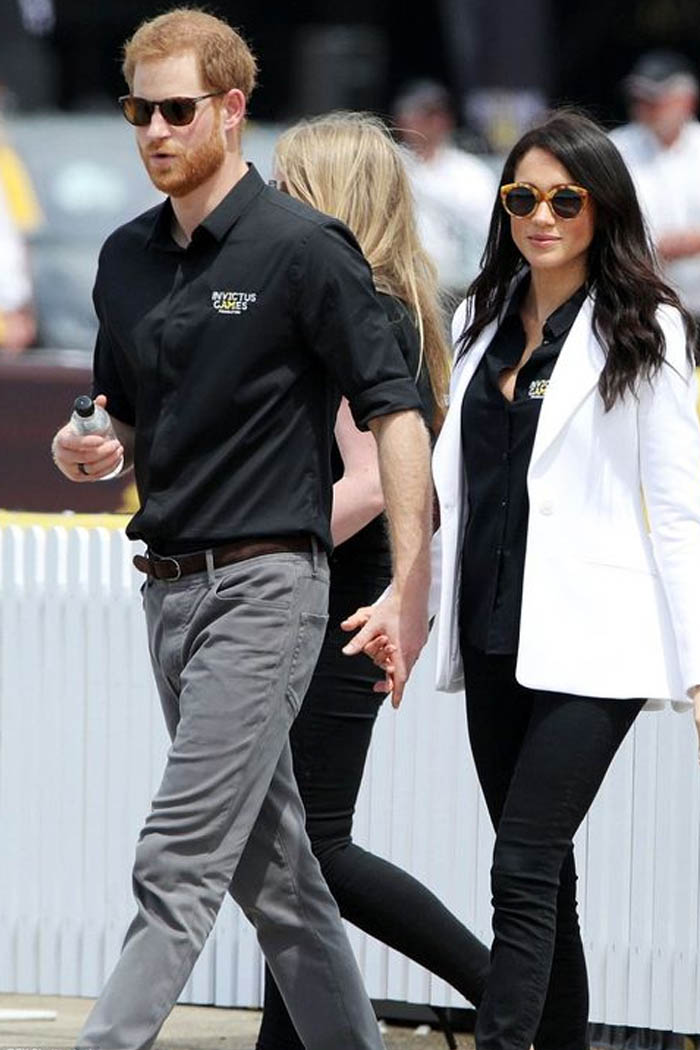 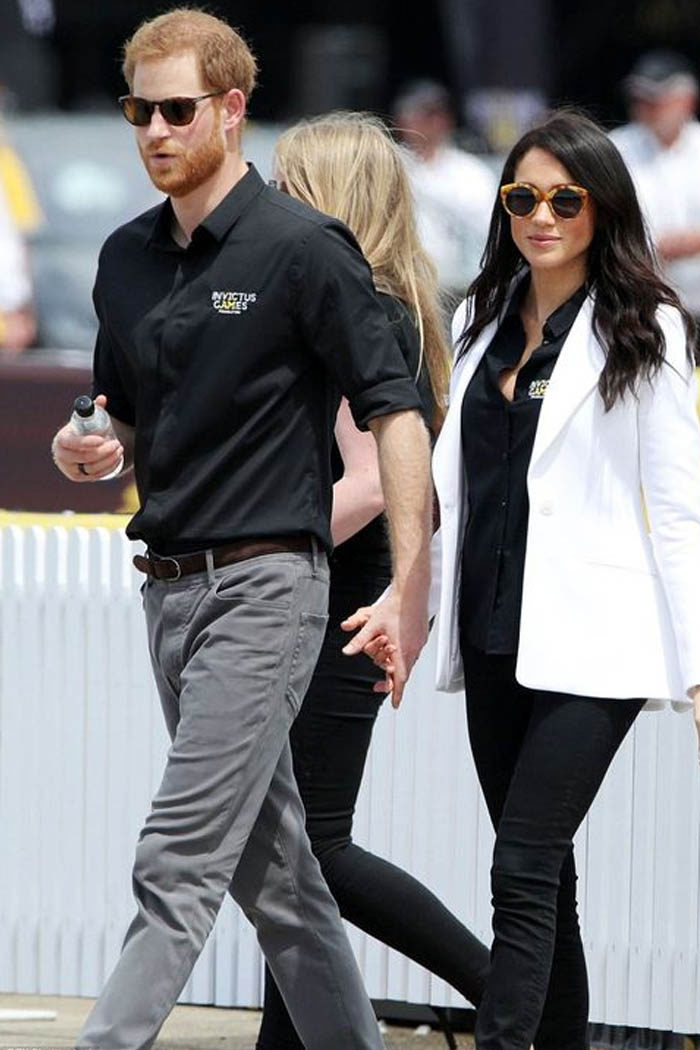 MEGHAN MARKLE dropped two huge public hints that she had been engaged to Prince Harry at least two months prior to public knowledge, according to royal experts.

The revelation that Meghan Markle and Prince Harry were secretly engaged for “two months before they told the world” has stunned Royal Family observers. However, Royally Obsessed podcast hosts Roberta Fiorito and Rachel Bowie have pointed to two moments where Harry and Meghan sent “secret” messages acknowledging the claim. The latest claims from the new book Finding Freedom suggests that Harry actually proposed in Botswana instead of at Frogmore Cottage in the UK.

The couple previously said Harry proposed at their cottage while trying to cook a chicken dinner in November 2017.

Rachel Bowie told listeners: “I am very perplexed by this, the revelation on the engagement timeline.”

“They were actually engaged when we saw them at the Invictus Games in September that year 2017. My mind is blown.”

Roberta Fiorito responded: ” I can’t believe they kept it secret for that long.”

Fiorito continued: “She said she texted her friends a picture of the ring. So, was that before November? “It’s impressive how so many people kept it under wraps.”

In an interview with BBC’s Mishal Husain in November 2017, Meghan said the engagement was “sweet, natural and very romantic” and just a “standard typical night in” for the pair.

Harry said the engagement took place “a weeks ago, earlier this month”.

Meghan said: “We were trying to roast a chicken and it just – just an amazing surprise, it was so sweet and natural and very romantic. He got on one knee.”

Bowie commented on the interview video: “When you watch the actual video, they do exchange a glance when he says a few weeks ago. Was that the white lie?

“I’m annoyed we had our guard down because she was wearing Misha Nonoo ‘The Husband’ shirt and as Elizabeth Holmes said, everything the royals wear has significant and meaning.”

Bowie continued: “It’s like the writing was all there.”

Roberta added: “It was all there! Maybe they wanted to enjoy it for a little while before they told anyone.”

Meghan wore ‘the husband’ shirt during an appearance at the Invictus Games on September, 2017, in Toronto.

Harry and Meghan later tied the knot during a royal wedding held on 19 May 2018 in St George’s Chapel at Windsor Castle.