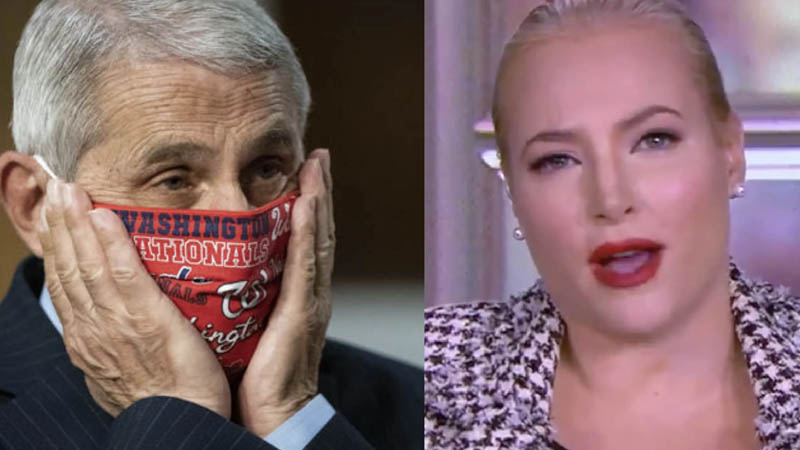 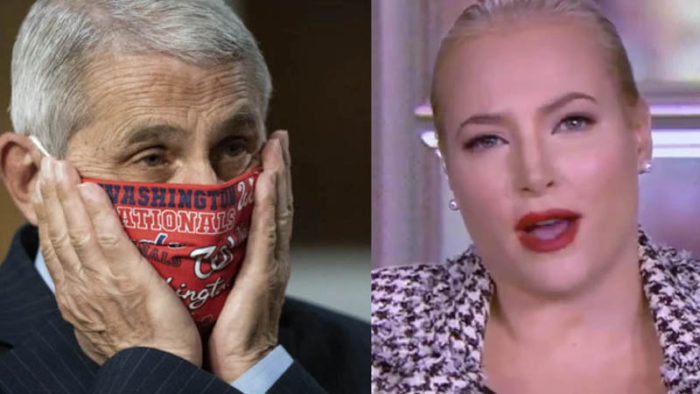 On Tuesday’s episode of the ABC talk show “The View,” Meghan McCain revealed why she does not trust National Institute of Allergy and Infectious Diseases head Dr. Anthony Fauci.

“Well, first I just want to say that the polls say it’s anywhere between 32% to 41% of Republicans. This may trigger the show,” McCain replied. “This may trigger our audience. I actually think it’s a lot more. Anecdotally, I know a lot of people they very quietly are very skeptical about getting the vaccine. In my own life and hearing it through friends of friends, and yes, all these people are Republicans.”

After saying that she personally wants to get the vaccine, she went on to add, “A lot of Republicans I know are expressing skepticism about the vaccine under the Biden administration, which is why this has been so dangerous that this has become so politicized. Both sides are equally responsible for this.”

“We have people like Andrew Cuomo saying he wouldn’t trust the vaccine rollout under Trump, and I think Republicans are contrarian by nature,” McCain continued. “We are built from my very fabric up to question authority and to question big government. When big government is saying, you have to do X, Y and Z, We’re going to question it.”

“I’m going to question it, and I think that there has been a real, real misstep with messaging from people like Dr. Fauci, which I know I’m going to get eviscerated for saying this — I don’t 100% trust him. I don’t think that he is an unbiased actor in any of this,” she concluded. “He is a government official, as Sara pointed out. I’m one of the people that feel that way about him. There have been many many opportunities to right this wrong, including President Biden going on TV and giving credit to President Trump for the help with the rollout of this vaccine which he didn’t do.”

VACCINE HESITANCY BASED ON POLITICAL BELIEFS? Some Americans say they are still questioning the COVID-19 vaccination as the White House launches a $250 million campaign to educate people—the co-hosts weigh in on why. https://t.co/cVclFZQmjA pic.twitter.com/SGAM1DmG0S