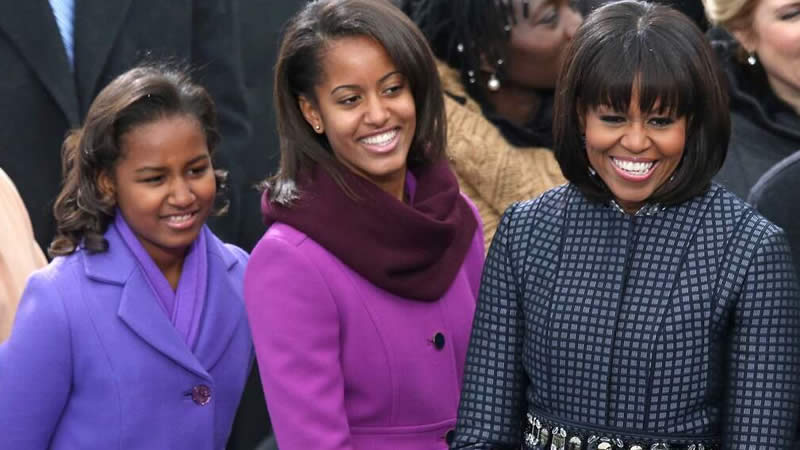 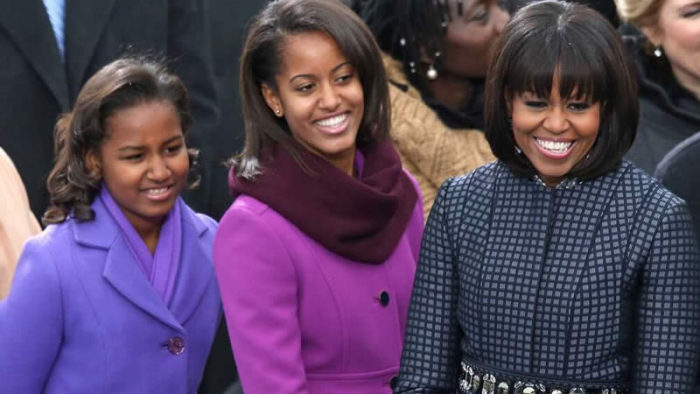 Amid the pandemic, Michelle Obama tells PEOPLE that her daughters were baking homemade pies until 1 a.m. some nights

While Michelle Obama’s new Netflix cooking show might inspire legions of young people to don an apron, the former First Lady jokes to PEOPLE that there are two family members she’d prefer stayed out of the kitchen: her daughters, Sasha and Malia.

The problem isn’t that her college-aged daughters have no talent at cooking — in fact, the problem is quite the opposite.

“They were baking way too much at the beginning of quarantine, too many delicious pies. They were good at it! Good pie crust, good fillings,” says the star of Waffles + Mochi, which premieres on Netflix on March 16.

Rather than get to work in the kitchen during the day, Sasha, 19, and Malia, 22, would cook late into the night, making the family’s intake of sweets particularly problematic.

“My kids were midnight bakers. So at 1 in the morning, you’d smell cinnamon buns baking,” she says in this week’s cover story. “I had to tell them to stop because we can’t have all those sweets.”

Despite her husband former President Barack Obama’s well-documented love of pie, he did not succumb to their girls’ baking, says Mrs. Obama. “He’s just ridiculously disciplined. We hate him,” she laughs.

As for her own skills in the kitchen, Mrs. Obama says she has “retired” from cooking — but is happy to have passed on a love for food to her children.

“I have retired my cooking badge, I have relinquished that skill to people who are much better at it than I am. Now that [Malia and Sasha] are back, they are cooking more,” she says, adding, “My girls are very much into cooking, they love the freedom of being in the kitchen, they love creating, they love experimenting. So I’ve passed on that right to the next generation.”

For her new show, which she also executive produces, Mrs. Obama is starring alongside puppets and guest chefs who teach kids to prepare healthy foods. While marketed for kids, she says it’s a show that even grownups will enjoy.

“Waffles + Mochi, the entire concept is fun. It’s approachable, it’s an adventure, it’s exciting, it’s funny,” she says. “More importantly, it’s something that I would watch even if no kids were around.”

Along with her new series, Mrs. Obama is working with the Partnership for a Healthier America on the “Pass the Love” campaign to help provide food for families regardless of location or economic status. (Go to WafflesAndMochi.org for more information, recipes and at-home activities.)

With Sasha and Malia taking their college courses remotely, Mrs. Obama enjoyed sharing snippets of the show with them as it was finalized during quarantine.

“This time has allowed us to get some stolen moments back with our girls, who were supposed to have emptied out of my nest,” she says. “I was celebrating that they were out building their lives and allowing me the emotional space to let them go. Well, they’re back! It has been more enjoyable than either Barack or I could have imagined.”

“They didn’t come back into the same set of rules, because I didn’t want them to miss out on independence,” she adds. “They came back as young women, and our conversations are more peer-oriented than mother-to-daughter . . . a chance for me to explore how they see themselves in the world, what are their worries, how are they as students.”