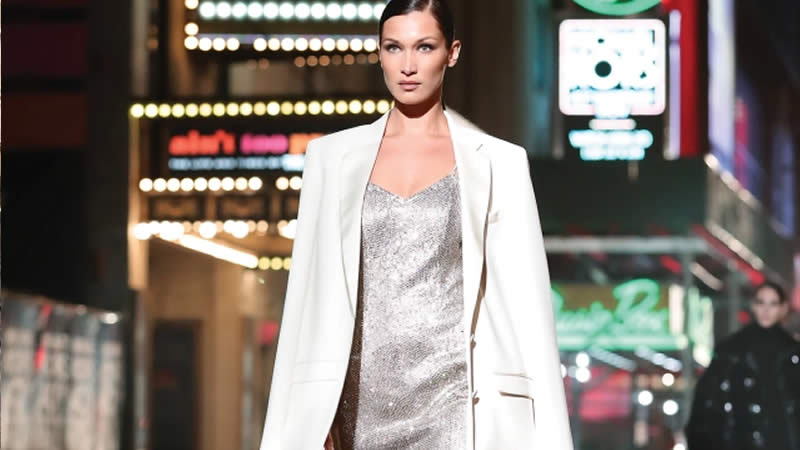 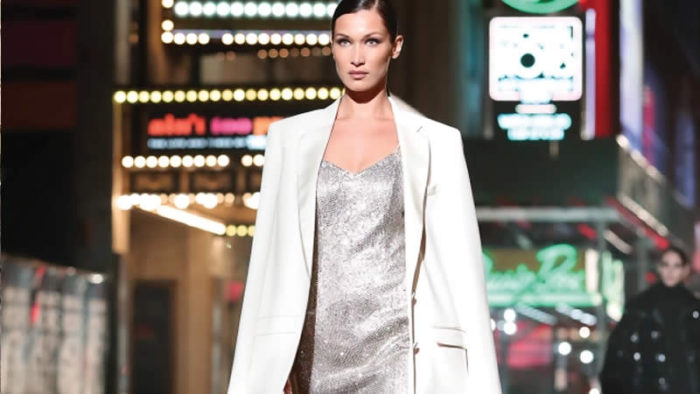 In an about-face, the Council of Fashion Designers of America in partnership with IMG released the Official New York Fashion Week Schedule as part of the American Collections Calendar.

The shows, which will run Sept. 8 to 12, celebrate the reopening of New York City with in-person shows after two seasons of predominantly digital presentations. In total, there are plans to hold 91 shows and presentations from American and international designers.

The CFDA owns and manages the Fashion Calendar, including the Official NYFW Calendar under the American Collections Calendar. IMG is the official organizer and operator of NYFW’s event and official central hub, NYFW: The Shows, which will take place mainly at Spring Studios, along with other locations.

Historically, CFDA and IMG, which have different functions, have released separate show calendars for NYFW, although several designers would appear on both. IMG has previously added extra days to what CFDA has considered the “official” show dates — all contributing to a confusing show week. While both organizations would frequently reiterate they were working together, there always appeared to be a divide and observers wondered, which organization is really in charge of New York Fashion Week?

But this season, the CFDA and IMG said they are working “hand in hand” to organize it.

“CFDA and IMG always worked in tandem on the official schedule to make sure that shows and presentations were aligned,” said Steven Kolb, chief executive officer of the CFDA. “With this season’s return of in-person shows and the anticipation and excitement around New York Fashion Week, it was imperative, more than ever, to have a clear and cohesive schedule, which is why we strengthened our collaboration and are releasing a unified, official NYFW schedule.”

As reported, NYFW will feature the launch of the IMG Fashion Alliance, which is supporting 11 American designers showing during NYFW for the next three seasons at Spring Studios. Those are Telfar, Rodarte, Proenza Schouler, Altuzarra, Brandon Maxwell, Prabal Gurung, Sergio Hudson, Monse, Jason Wu, LaQuan Smith and Markarian.

By working together, the organizations look to strengthen and reaffirm New York as a global fashion capital with a shared vision in promoting creativity and commerce, they said. Their increased tie-up comes as the industry aims to celebrate American fashion in September with the return of IRL shows as well as the new exhibit at the Costume Institute, “In America: A Lexicon of Fashion,” which will bow with the Met Gala on Sept. 13, the day after Ford’s show. He will be an honorary chair along with Anna Wintour and Adam Mosseri, while Billie Eilish, Amanda Gorman, Timothée Chalamet and Naomi Osaka will be the co-chairs.

“New York Fashion Week is back with a diverse lineup representative of the future of American fashion,” said Kolb. “Our fashion industry has come together as we continue to emerge from the pandemic, and a collaborative spirit is paramount to the success of our creative talents. Working in tandem with IMG has enabled us to present a singular official New York Fashion Week schedule of shows and presentations within the American Collections Calendar.”

Leslie Russo, president of IMG’s Fashion Events and Properties, said, “As we look forward to this September season, we are proud to come together with the CFDA to support the revitalization of New York Fashion Week. It’s time to rebuild, and only together can we ensure New York remains the flourishing fashion capital that it is.”

The American Collections Calendar was created as CFDA’s response to support designers who show collections outside traditional market week dates. That includes the Christian Siriano and Harlem’s Fashion Row runway shows that will be held Sept. 7.

The shows and presentations will continue to be presented via Runway360, CFDA’s centralized digital hub and business tool to support American fashion brands year-round, especially during New York’s women’s, men’s, pre-collections and bridal markets with their domestic and international businesses and global exposure. Runway360 is in partnership with American Express.

The in-person shows will take place in accordance with New York State Health Guidelines and the CFDA will advise designers and show producers on best practices through an expanded health, wellness and diversity memo.

Asked about the synergies they expect to accomplish by working together, Kolb told WWD: “Both CFDA and IMG work closely with fashion creatives across the American fashion industry, and through our collaboration, we can firmly put the focus on the talent and creativity of our designers who are showing during the week.” He said the CFDA and IMG are working more closely and collaboratively than ever on the organization of NYFW “to give a spotlight to designers in the American fashion market on the global stage.”

As to whether the seminars and events surrounding New York Fashion Week will be jointly sponsored, Russo said NYFW: The Shows’ expanded calendar will be released later this summer that will include additional designers, digital releases, programming and special events beyond the shows and is organized by IMG.

Kolb noted that the relationship is ongoing and they look forward to evolving it in seasons to come.

Discussing whether they sat down together to figure out the calendar and whether there were people from both organizations assigned to the task, Kolb said: “CFDA and IMG have always operated that way, but have never really discussed this publicly. We align on the scheduling of shows to make sure there are no major conflicts in timing and location and that the week runs as seamlessly as possible.”

Asked what they anticipate some of the challenges will be, Kolb said: “There is always the challenge of managing over 100 designers, locations, hair/makeup teams, model conflicts and more — this requires all stakeholders to collaborate, and this season we have the American fashion industry come together even more than ever for the greater success of NYFW.”

Kolb noted that with their joint efforts, CFDA won’t be getting involved with production, and Kolb and Russo confirmed there will be no revenue-sharing. “IMG Focus is our in-house production company for NYFW: The Shows and produces the central hub, programming, special events and fashion shows,” said Russo. “There has been an incredible interest in live events this season, our stronger partnership with the CFDA is just one of the IMG initiatives that is rebuilding a stronger NYFW.” Russo noted that NYFW: The Shows new presenting partner is Afterpay, and they will have several new partners they will reveal closer to the event.

“If the CFDA wants to play a leading role there should be one calendar,” said Mallis, who was the executive director of the CFDA and created 7th on Sixth, which produced the fashion shows and was sold to IMG in 2001. “All the entities should work together for a common goal. There’s no reason they shouldn’t be supporting one another.”

Kolb said that he’s excited that NYFW: The Shows will host at Spring Studios, and noted that there are designers who will choose to present their collections in other venues as well.

As reported, the Fifth Avenue Association plans to host runway shows and events at 608 Fifth Avenue in September. The three-story venue will be transformed into a runway, presentation and activation space for designers and brands.

In other news, the CFDA said it has renewed Tom Ford’s contract as chairman of the CFDA for another one-year term. When Ford assumed the role in 2019, he said he would commit to a two-year term. He wasn’t available for comment on his yearlong extension.

Ford’s tenure has been impacted by the COVID-19 pandemic. With a key focus being diversity, Ford’s first move was to secure the election to the CFDA board of four people of color: Virgil Abloh, Maria Cornejo, Carly Cushnie and Kerby Jean-Raymond. The CFDA responded to the COVID-19 crisis by launching A Common Thread campaign, a fundraising and storytelling initiative spearheaded by Vogue and in collaboration with the CFDA. Ford also promoted the CFDA’s former chief financial officer CaSandra Diggs to the post of president, hired Bonnie Morrison as director of equity, growth and engagement and established the Black Advisory Board, chaired by Tracy Reese, the CFDA’s vice chair.

Ford also renamed New York Fashion Week Calendar the American Collections Calendar. With a growing number of American designers showing their collections later in the season and sometimes outside of New York, either that be in Europe, Asia or other key markets, Ford decided that the CFDA should include all American designers within the calendar and on Runway360, its digital platform.

Ironically, when Ford got the job he was asked in September 2019 about IMG’s move to jump-start the show calendar by two days, when CFDA was trying to condense the schedule. “This was new to me,” Ford said of the extent of those shows deemed by the CFDA as “off-calendar.” “I’m like, ‘IMG — who? What? Well, I’m glad to know this because I will have to take them on next season.…But yes, the point of trying to do five days is trying to do five days.”