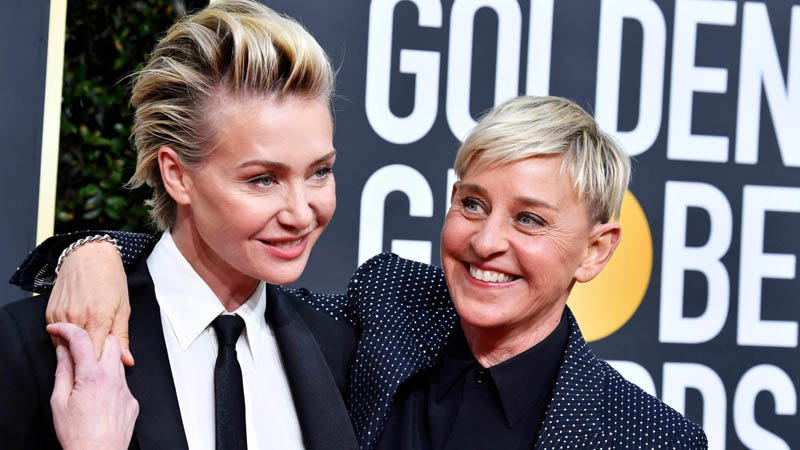 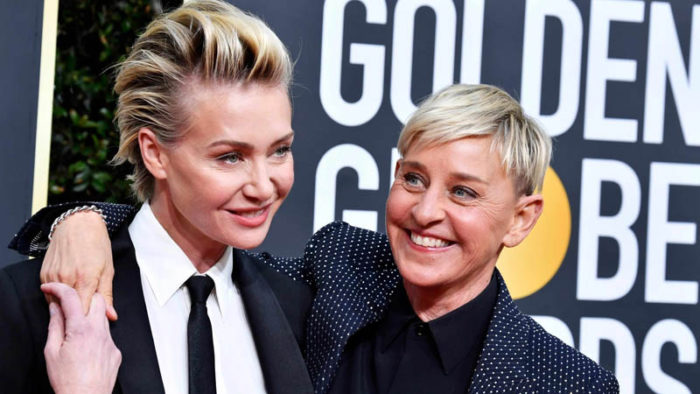 Ellen DeGeneres and Portia de Rossi have, allegedly, reached another bump in their relationship.

According to National Enquirer, Ellen DeGeneres has stopped talking to her wife while she’s learning sign language.

A source claimed that the Ellen Show host is gearing up for her trip to a gorilla sanctuary. And she wants to be able to communicate with the animals there.

Ellen DeGeneres refuses to talk to her wife

But until DeGeneres has perfected sign language, she won’t, allegedly, talk to de Rossi using her mouth.

“Ellen vows to stay as silent as possible until she gets the sign language down. She barely says a word to Portia and gives her this blank face all the time while she signs instead – and it’s freaking Portia out,” the source said. Portia de Rossi struggling to keep up with Ellen DeGeneres

Initially, de Rossi, allegedly, tried to keep up with her wife. But it didn’t take her long to realize that DeGeneres has taken things a little too far.

“She thinks Ellen has turned this into a crazy obsession. At least Ellen isn’t arguing all the time, but Portia says Ellen still contradicts her in sign language,” the source said.

This isn’t the first time that DeGeneres and de Rossi have been rumored to be having problems in their marriage.

The couple is allegedly having serious problems

In May, Woman’s Day claimed that the Scandal star didn’t want to be likened to Ellen DeGeneres. After all, the latter has earned a reputation for, reportedly, being mean and a bully.

A source also claimed that de Rossi has finally decided to give up on DeGeneres and her marriage because she’s had enough.

“She’s often in tears. There have been problems there for a long time. She’s worried people will think she’s just like Ellen, but the reality is she’s nothing like her. Portia’s kind and sensitive and at first, Ellen brought her out of her shell, but now she’s walked all over her. Now, Portia is considering the ramifications of divorce, and she’s relishing alone time while Ellen is at Courteney’s,” the source said.

However, DeGeneres and de Rossi are still together today. And this proves that the tabloid’s claims aren’t true.

There’s also no indication that Ellen DeGeneres has stopped talking to her wife while she’s learning sign language.