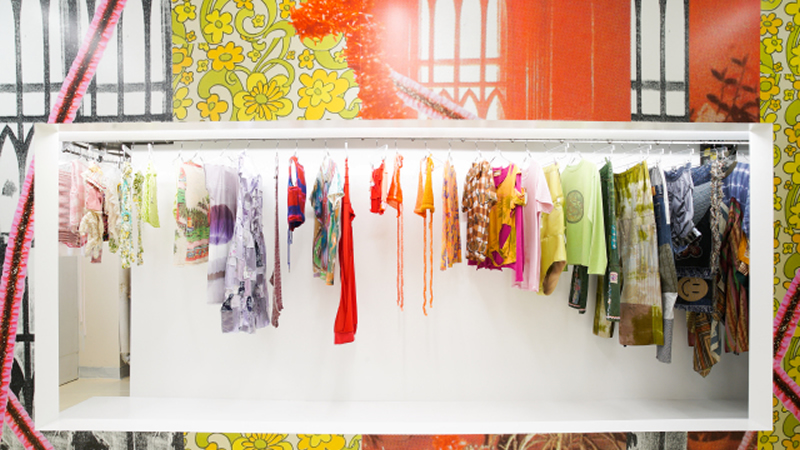 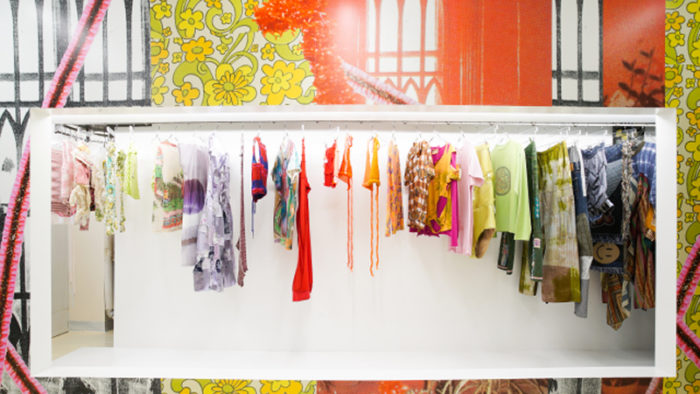 Café Forgot has opened a new location that has an artful installation recalling the famous closet in “Clueless.”

Rents are low, the urge to shop is high and, now, another independent store enters the fray with a prime location.

Café Forgot, the rising NYC indie boutique known for its mix of on-the-cusp designers, will open its first permanent location tomorrow at 29 Ludlow Street — in the heart of a corridor of Chinatown that is wryly referred to as “Dimes Square.”

The store was founded by Lucy Weisner and Vita Haas in 2017 as a roving pop-up concept that harked back to the boutiques of their childhood in downtown New York City.

Fanfare ensued, and in November 2019 they took a temporary one-year lease in the East Village and launched a webshop as soon as the pandemic hit — which gave them access to an audience beyond NYC’s alternative social circles.

With their new location, the duo has grown up — building out a sophisticated space that shows clothes in a gallery-like setting. A rotating rack recessed within one of the store’s walls is motorized like a dry cleaner — minimizing visual clutter by only showing a portion of the store’s stock at a time. It is framed by a full-wall decal that was designed in a collaboration with artist Maggie Lee. The vinyl will be switched out every few months, making the installation something of an artful version of the much-beloved closet from the ’90s cult comedy, “Clueless.”

“I think we’ve gone in a more mature direction. We have tried to avoid being very trend-oriented and kind of wanted to design a space that we could create and experiment with different parameters,” said Weisner.

The store has proven a gateway for indie labels like Marland Backus, Sherris and Blobb (whose rings the duo cannot keep in stock) to gain wider repute. They form the financial basis for the store’s success — enabling Weisner and Haas to sell more outré styles that are a harder sell. “We like getting pieces into store will sell and then can sustain other things that are maybe more extreme in some ways but are totally worth having here,” Weisner said.

Their new store is located in a quadrant of Chinatown that over the last decade has morphed from an off-the-grid hang for skaters and artist-types to an ironic town square that is both mocked and exalted by a certain see-and-be-seen crowd. While nicknamed for Dimes, the health food café with Memphis-inspired interiors, the area has now picked up with small boutiques — like those by Sandy Liang, Bode and the housewares concept shops Beverly’s and Coming Soon.

“It’s gotten really crazy,” Haas said of the scene in the area, which has been invoking anxiety in pandemic-stunned visitors as soon as they step off the nearby East Broadway subway stop.

Haas herself is among the nervous. “I feel personal that it’s overwhelming. I feel like I have to get resocialized sometimes, but it’s nice as someone who loves fashion that I can say, ‘OK, sometimes I don’t remember how to be at a party but I always remember how to talk about clothes.’ It’s my safe space.”

Chrissy Teigen apologises: 'I was a troll, full stop, and I am so sorry'

Diane Keaton Walks Her Daughter Down the Aisle! Inside Dexter’s Wedding Day to Husband Jordan