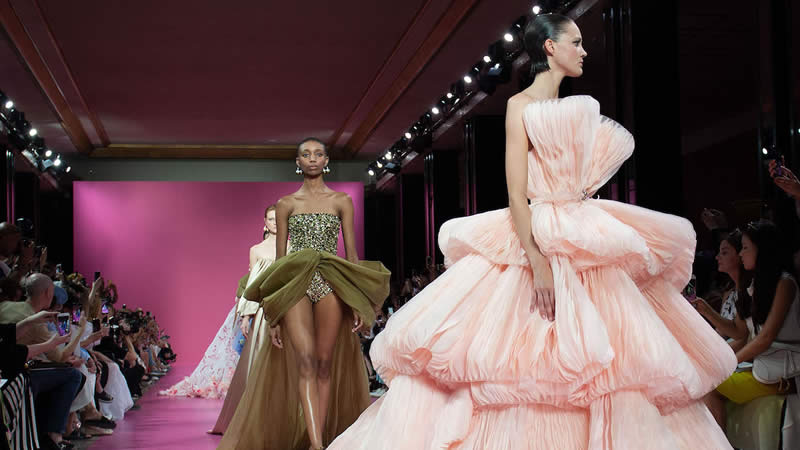 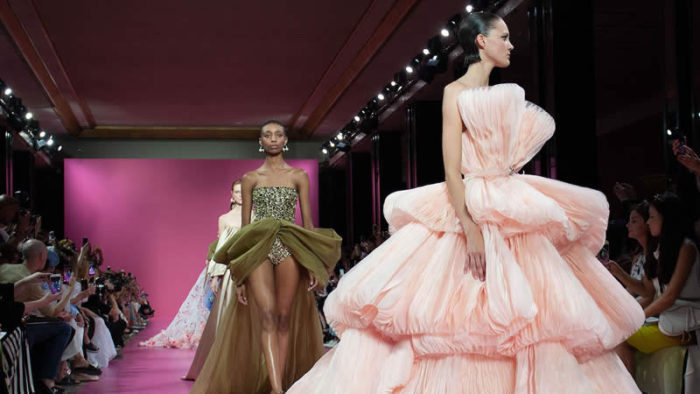 Paris Couture Week will mark the return of physical shows after two seasons of digital presentations, with eight runway events set to take place with a limited number of guests, according to the provisional calendar published by the Fédération de la Haute Couture et de la Mode on Monday.

A further 25 brands, including Fendi, Giambattista Valli, Elie Saab and Viktor & Rolf, are sticking with the digital format despite the loosening of restrictions designed to limit the spread of COVID-19. France will allow indoor dining from Wednesday, and will fully lift its curfew on June 30.

Maison Margiela is back on the calendar after postponing its spring 2021 Artisanal coed collection last season. The brand was also absent from the ready-to-wear schedule in March.

In what is sure to be one of the hottest tickets of the week, Balenciaga will make its return to haute couture after 53 years with an in-person show at its historic headquarters at 10 Avenue Georges V on July 7 at 11:30 a.m. CET, in a fully restored version of founder Cristóbal Balenciaga’s original couture salon. Also sure to generate excitement is Pyer Moss designer Kerby Jean-Raymond, who will present his first couture collection in Paris as an invited guest designer of the Chambre Syndicale de la Haute Couture. He will close the week with a digital show on July 8 at 8 p.m., becoming the first Black American designer to join the couture schedule.

Gaultier will finally unveil its eagerly awaited one-off collection created by Sacai’s Chitose Abe — the first of a series of guest creatives following the founder’s retirement from the runway in January 2020. The line was originally due to be presented a year ago and was twice postponed due to the pandemic.

While not on the official calendar, Alaïa will present the debut collection by its new creative director Peter Mulier on July 4 at 9 p.m. CET. Chanel was the first house to reveal plans for a physical event during couture week. It plans to stage two shows on July 6, at 10 a.m. and 12 p.m., at the Palais Galliera, the fashion museum that is hosting a large-scale exhibition on Gabrielle “Coco” Chanel.

Giorgio Armani will return to Paris with a show on July 6 at 7 p.m., to be held at the headquarters of the Italian Embassy.

“I think the time has come to return to show in front of a live public because I think fashion only in a virtual format has no future,” Armani told WWD. “A fashion show is a tool we cannot do without because of its format, energy and effectiveness. It’s important to restore the physical shows and they can then be translated in digital experiences for a global audience.”