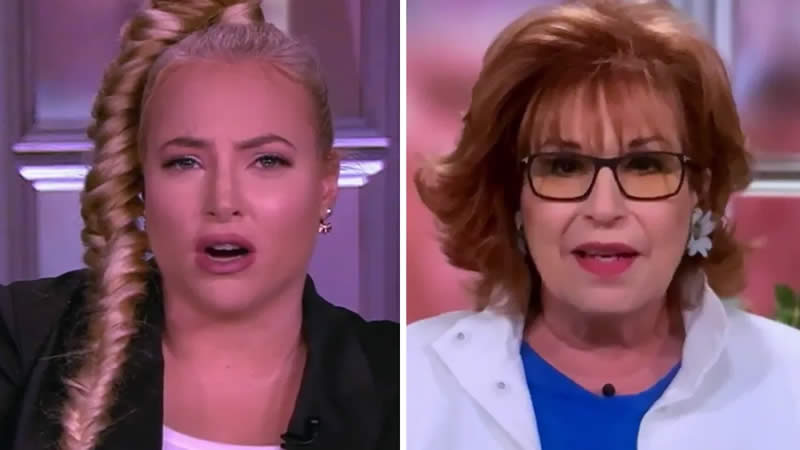 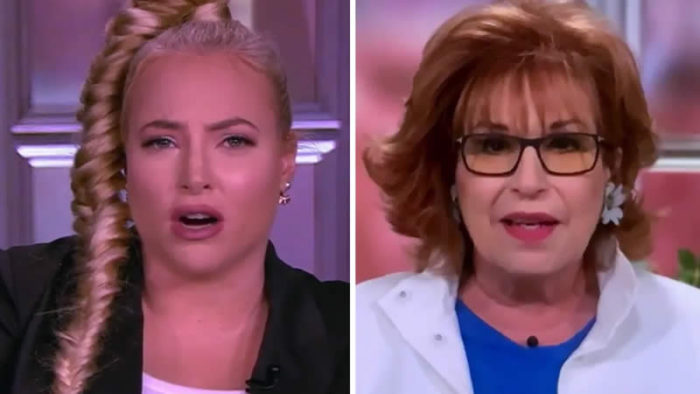 Meghan McCain and Joy Behar sparked a messy fight earlier this week on The View, and it’s clear the co-hosts don’t plan to make amends any time soon.

According to the details, Whoopi Goldberg got involved in order to stop an argument between Behar and McCain from throwing the original discussion off the rails for the second time this week.

Just two days ago, Meghan McCain and co-host Joy Behar got into yet another heated back-and-forth on The View while speaking about recent allegations against Republican Rep. Matt Gaetz, who is reportedly under federal investigation for possible sex trafficking.
On this morning’s episode of the hit talk show, McCain and Behar clashed again, initiating another screaming match over vaccine hesitancy.

After Behar accused people of holding out on getting the Covid vaccine as a way to “own the libs,” McCain gave her own take, insisting “it’s not just about owning the libs.” She added, “the demographics on who is vaccine hesitant, it crosses the gamut. There’s still a lot of hesitancy in the African American community.”

“The fact that there hasn’t been a summit, or discussion, or figures that people trust on TV to try and help quell some of this, that’s why the conspiracy theories keep growing and spreading,” McCain explained, before saying that it’s not “productive” for the White House and the CDC to spread claims that hesitancy to get vaccinated is a plot to get back at liberals.

After McCain wrapped up her point, Behar jumped back in with a rebuttal, but she was quickly interrupted by McCain. Behar clearly didn’t take well to the interruption and loudly exclaimed, “Excuse me, I’m not DONE,” as McCain continued talking over her. “A lot of people are watching Sean Hannity and Tucker Carlson saying they should wait — excuse me, can I finish?!” Behar continued, though McCain continued to speak at the same time.

By this point, Goldberg had had enough of her co-hosts’ back and forth and solved the argument the same way she had the other day: by throwing to commercial.