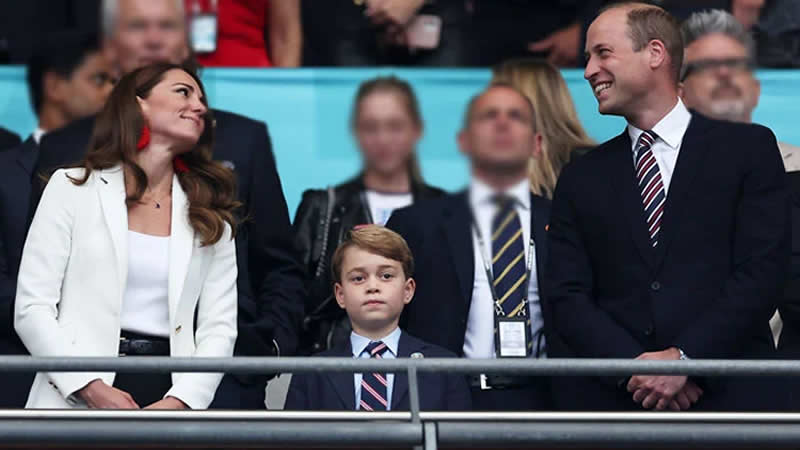 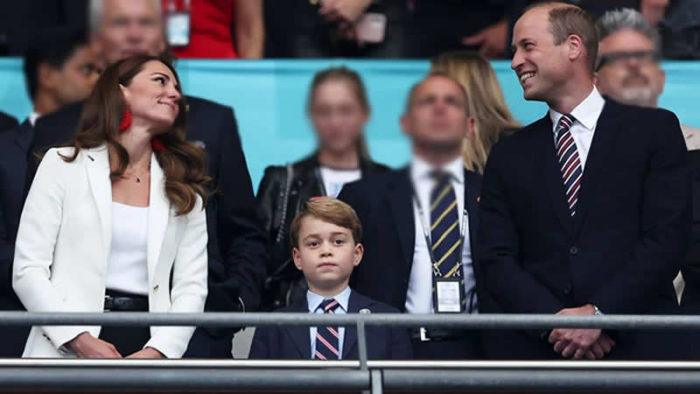 Kate Middleton and Prince William are reported to be heartbroken over the “rudeness of people mocking” their son Prince George, according to a royal expert.

Prince George, 8, won hearts last month as he was spotted cheering on England at the Euro 2020 final against Italy.

Excited royal fans shared their delight at seeing the future king looking smart in a suit and tie as he watched with his parents.

George also received some online trolling following the game, which royal biographer Angela Levin claimed the Duke and Duchess of Cambridge are likely to have been upset by.

Speaking on True Royal TV, Angela said she hoped the royals could “overcome that”, revealing: “They’ve been so upset by the rudeness of people mocking a little boy.

A fan told Us Weekly that Kate and William were concerned about George growing up in the world of social media as the future king.

“He’s growing up in a different era to his parents.”

Kate Middleton and Prince William feel it’s necessary to shield George, Charlotte and Louis from the spotlight and have become cautious about their appearances. – geo.tv