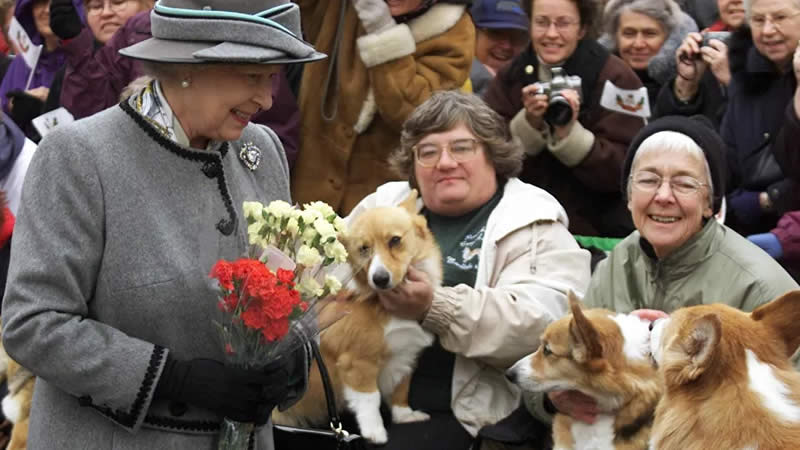 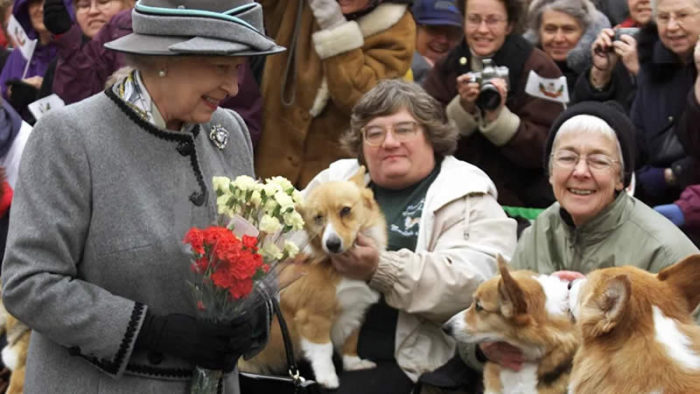 The 94-year-old monarch is known to have had over 30 dogs throughout her life, and has always been fond of the corgi breed. She has also, until recent years, bred a corgi-dachshund crossbreed, also known as a “dorgi”.

New additions to the British Queen Elizabeth II’s household, two cute corgi puppies, were provided to Windsor Castle, where her majesty resides, to assist her in getting through the royal family’s recent hard times, The Sun reported Thursday.

According to the report, the decision to bring new puppies to the Queen was made in light of her husband, 99-year-old Prince Philip staying in the hospital for heart surgery, and as the family prepares itself for Prince Harry and Meghan Markle’s upcoming tell-all interview with Oprah, to be aired on Sunday.

“The Queen is delighted. It’s unthinkable that the Queen wouldn’t have any corgis,” an undisclosed source is quoted in the report as saying. “It’s like the Tower of London not having any ravens. They have only been there a couple of weeks but are said to be adorable and made the castle their home.”

The dogs are thought to be a present, as they are the first that the Queen has owned that are not direct descendants of Susan, a corgi she got for her 18th birthday in 1944 from her father, King George VI, while up till now she has had only one dog left in her care since the end of last year.

They have been given names, but neither the names nor the ages or genders of the pups have been unveiled by Buckingham Palace.

“Both are said to be bringing in a lot of noise and energy into the castle while Philip is in hospital,” a source added.

The new dogs are said to have arrived when he was in the hospital.

Monty, the Queen’s most widely known dog, made an appearance with James Bond actor Daniel Craig in a clip from the 2012 Olympic Opening Ceremony. Willow, a 14th-generation descendant of Susan, died in April 2018 after a cancer-like illness, while her majesty’s last corgi, Whisper, passed six months later.

Since Vulcan, another dorgi, died last November, the only dog that the Queen has had until now is a dorgi called Candy.

It was reported by media, citing insiders, that the Queen decided a couple of years ago to stop breeding her dorgis out of the fear of leaving them behind when she dies, and also, reportedly, because her staff worried that the Queen could trip over these scurrying dogs at her venerable age.

“A few years ago it was decided she would have no more. But her corgis are hugely important to her. They have over the years been closer to her than any human being. The corgis are intensely loyal and loving and they have never let her down,” Royal author Penny Junor said. “And of course corgis also seldom rush off to LA to give interviews.”

The Queen has been stranded at Windsor Castle due to the raging COVID-19 pandemic, surrounded by a devoted crew called HMS Bubble by the UK media. Because of the lockdown, she hasn’t been able to see her family since the beginning of December. After her husband, the Duke of Edinburgh, was admitted to hospital last month, she has reportedly been completely alone.

Earlier, the Duke and Duchess of Sussex announced to the Queen that they would not return to their duties as senior members of the royal family. The media reported that the Queen was deeply upset by this decision.