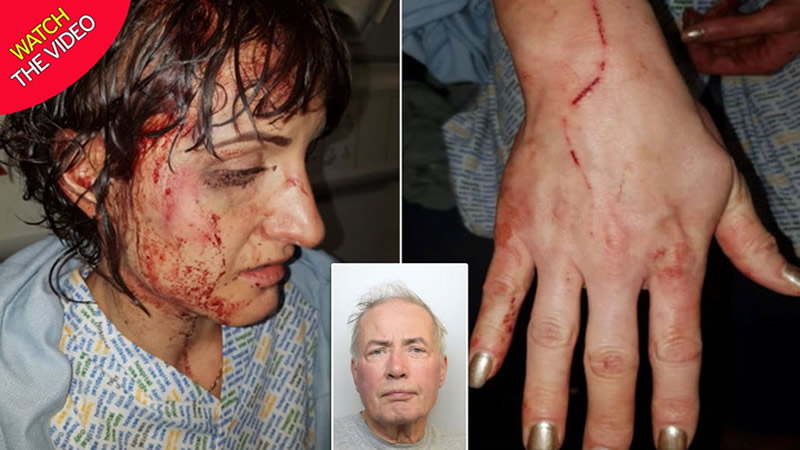 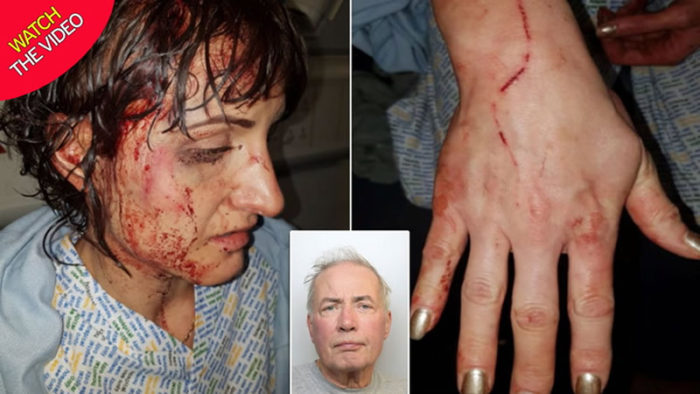 A woman has released shocking photos of her injuries after her ex-husband attacked her with a hammer and a screwdriver.

Anna Butt was left bruised and covered in blood after she was assaulted by Alec Buttin Bristol on 28 December 2019. Butt, 71, was sentenced at Bristol Crown Court on Monday to seven years and nine months in prison, while he is set to serve the final third on license.

Butt covered his face to hide his identity, pushed her up against a wall, and struck her about her head, arms and hands as a witness screamed down the phone to a 999 operator “he’s ripping her face to shreds.”

The judge rejected Butt’s claim that he had acted in self-defense as he was found guilty of grievous bodily harm against his ex-wife Anna Butt.

The trial was only held in March 2021, after being postponed due to coronavirus. When it was delayed, Anna said she felt ‘like the world crumbled around me as she ‘struggled to deal with the unknown’.

Anna has released shocking images of the injuries she suffered after her ex-husband attacked her – and has urged other domestic abuse victims to speak out.

Covering his face to hide his identity, Butt pushed the mother of his children against a wall and used a hammer and a screwdriver to inflict significant injuries to her head, arms and hands. He also placed his hand over her mouth to stop her screaming.

A witness called the police, which prompted Butt to flee the scene. He was arrested about 90 minutes later sat in his vehicle, in a car park near Cribbs Causeway.

His wife was rushed to hospital with head injuries and although she made a full recovery from the physical wounds, the attack has had a serious psychological impact.