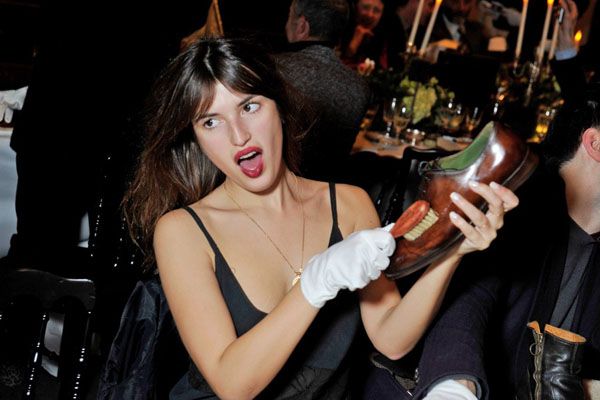 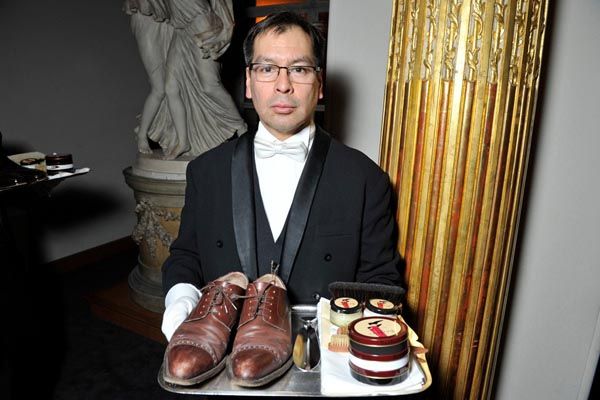 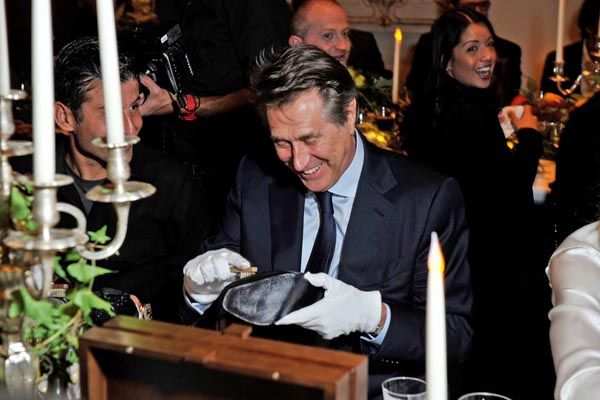 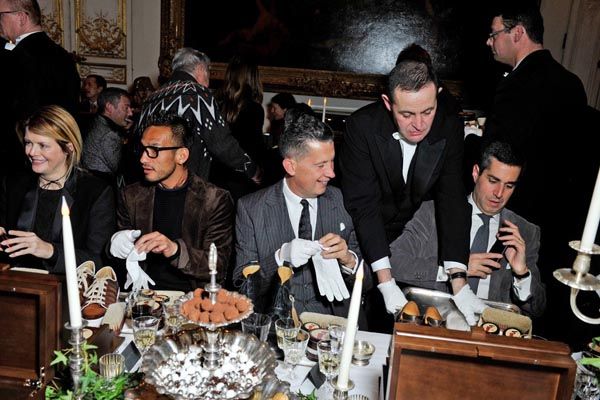 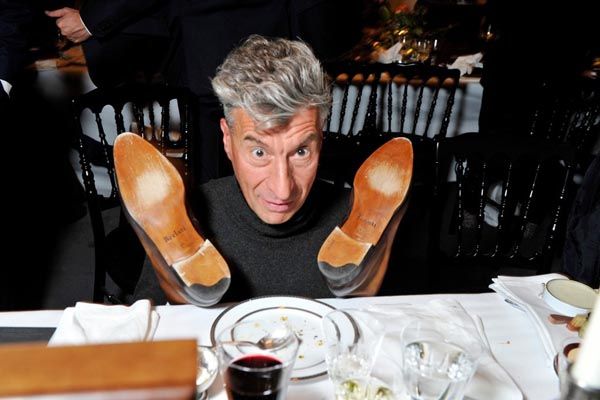 Jeanne Damas at the Berluti party

Jeanne Damas at the Berluti party

Source: Jeanne Damas at the Berluti Shoe-Polishing and Dinner Party

After its menâ€™s show in Paris over the weekend, Berluti literally knocked guestsâ€™ shoes off. VIPs repaired to a lavish dinner and shoe-polishing party, taking off their footwear along with their coats.

After its men’s show in Paris over the weekend, Berluti literally knocked guests’ shoes off. VIPs repaired to a lavish dinner and shoe-polishing party, taking off their footwear along with their coats. “I feel a bit lost without my shoes,” Bryan Ferry confessed, as he had no fancy sock habit to display: “I like yellow in the day and dark blue at night.” After guests gobbled up a three-course dinner by chef Thierry Marx, waiters arrived with everyone’s shoes on silver trays, along with stacks of brushes and creams. Agnès barked out more instructions in French and English, making the most of her sultry voice and naughty streak. “Take a brush and make it penetrate the wax,” she purred. “Concentrate on the toes.”

Oblivious to the instructions, Virginie Mouzat brushed her hair with one of the polishing instruments, while Bergdorf Goodman honcho Joshua Schulman threw up his white-gloved hands and proposed a simpler method: “Step one: Leave shoes outside your hotel room.” The final flourish for a Berluti-style shoe shine is the most spectacular employing a touch of Champagne to achieve a high sheen. On this night, a 2004 Dom Pérignon was served, which gave Agnès other ideas. “Put the Champagne in your shoes and drink,” she said, hoisting an oxford and toasting her guests.