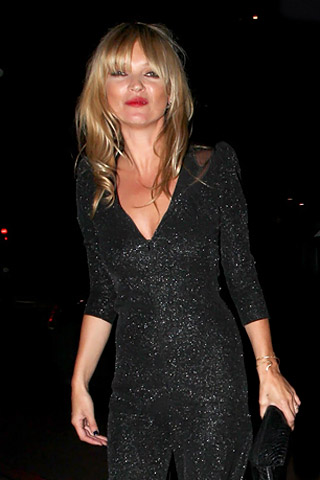 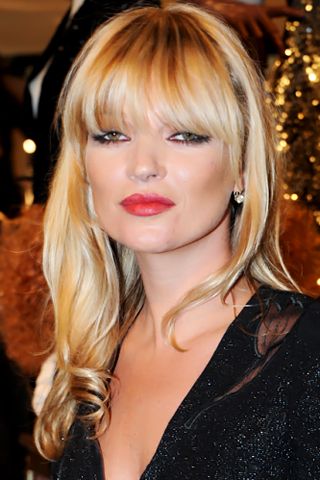 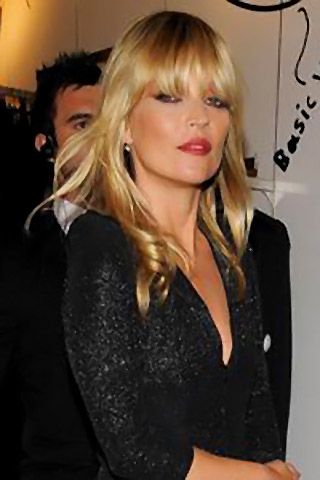 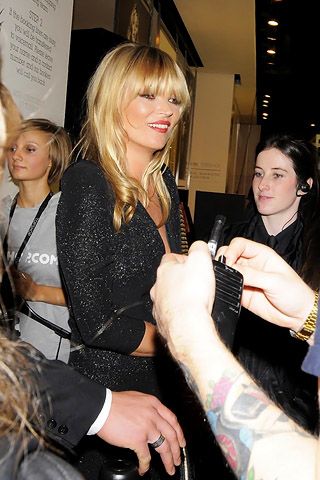 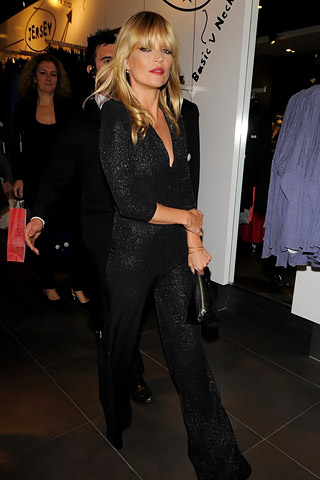 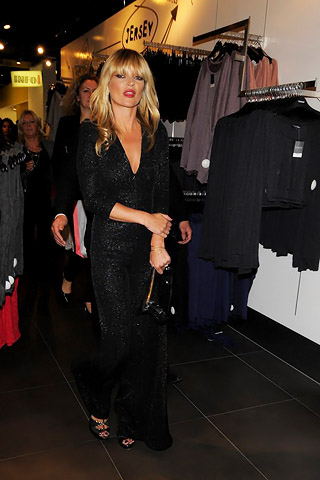 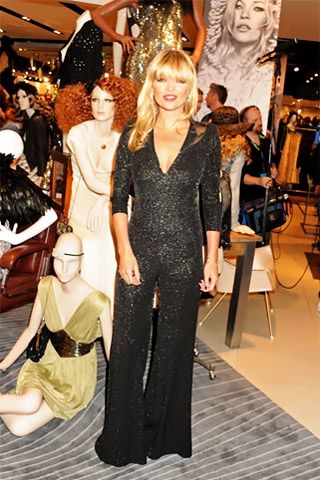 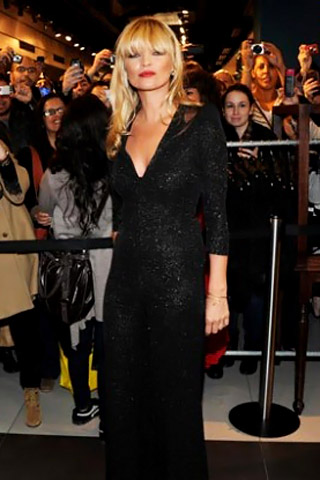 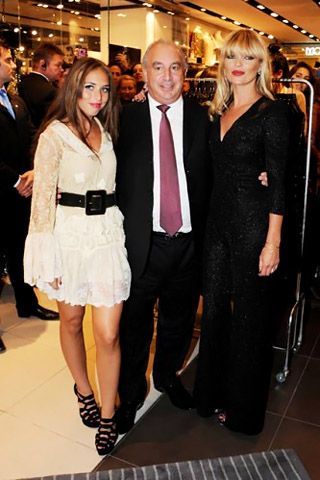 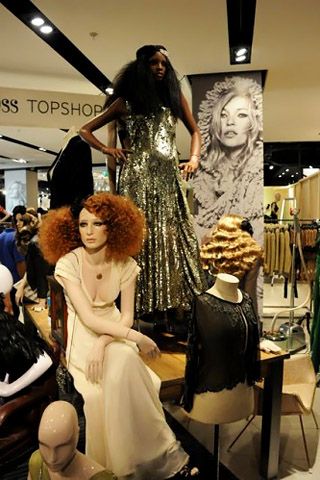 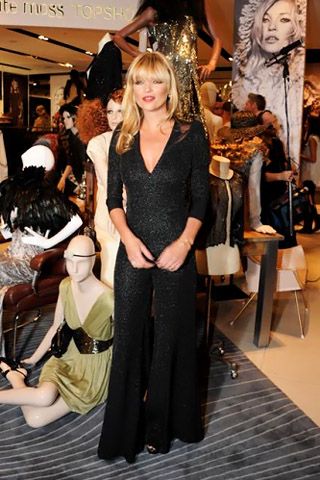 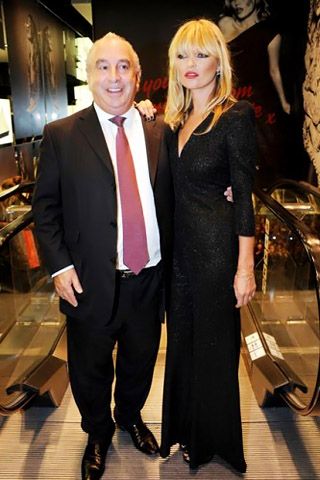 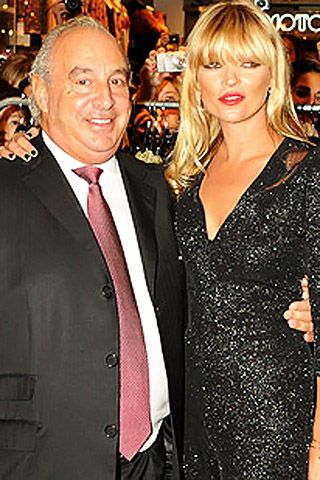 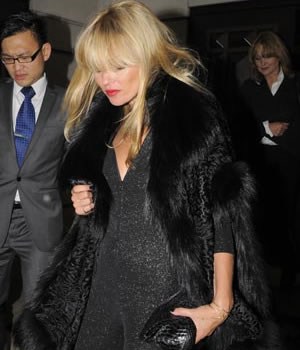 Source: Kate Moss went out for a chinese wearing a glittery catsuit to celebrate the launch of her final Topshop collection

Source: A statement lip has become the must-have A-list beauty trend of the season and Kate showed us exactly how it's done, rocking a colour pop scarlet pout.

Source: Fashion model Kate Moss Clad in black and mourns the end of an era with her fans.

Source: Supermodel Kate Moss coming in to meet her fans.

Source: Famous Model Kate Moss at the Launches of Final Topshop Collection in her store.

Source: To shop the final Kate Moss for Topshop collection.

Source: Clad in a Seventies-esque wide-leg jumpsuit, with plunging neckline and full flares, Kate made the most glamorous of shop girls as she took to the store floor to face the cameras.

Source: The mogul and his model Sir Philip Green cosied up to his favourite employee as she celebrated the end of her Topshop era with a fourteenth, and final, collection.

Source: Sir Philip Green cosied up to his favourite employee as she celebrated the end of her Topshop era with a fourteenth, and final, collection.

Source: For the launch of her final full collection for Topshop, Kate Moss made a special appearance at the retailer's Oxford Circus store last night.
by DC Content Team

Kate Moss launches her final Topshop collection her 70’s inspired pieces are set to fly off the shelves in record time.

As for Kate’s final collection, a report from Reuters tells that it "includes ‘Biba-esque’ floral printed day dresses, shift dresses with cross stitch panels, a pair of midnight blue velvet hotpants, a black chainmail dress, a series of rings using semi precious stones and 10 of the most popular sell-out pieces since the debut of Moss collections in 2007.

The 36 year old model appeared to be mourning the end of her four-year collaboration with Topshop, but being one of the world’s most famous Supermodels, pulled off her outfit with her usual aplomb.

A crowd of about 200 shoppers attended, grabbing as much of the final line as they could carry.  The collection, made up of 109 styles , will be sold in Topshop stores worldwide starting today! Topshop owner Sir Philip Green said despite the Moss’s final call.

Her A/W ’10 collection goes on sale from 1 Nov, along with a few other capsule collections such as Kate Iconic featuring a selection of her best pieces from the last 14 Topshop collections.