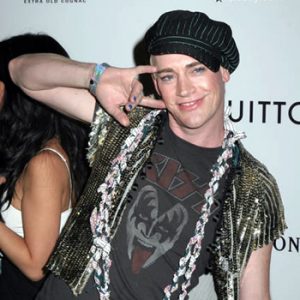 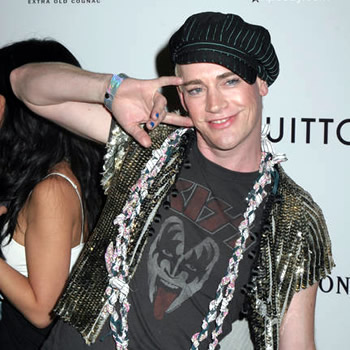 Considering the â€œtrash and flashâ€ mantra it lived by, the Heatherette label fared well during its existence. Infamous club kid Richie Rich and cowboy-esque then-boyfriend Traver Rains launched Heatherette in 1999.

Considering the “trash and flash” mantra it lived by, the Heatherette label fared well during its existence. Infamous club kid Richie Rich and cowboy-esque then-boyfriend Traver Rains launched Heatherette in 1999 when a Patricia Field buyer spotted Rich in one of his own leather tops and ordered twenty of them on the spot. Their fan base soon blew up. Foxy Brown saw the tops at Patricia Field and asked Rains and Rich to design her outfits for the MTV Video Music Awards. Lil’ Kim bought five leather shirts for her tour. And Gwen Stefani wore one of their tops in Entertainment Weekly. Soon the label found an investor—Weisfeld Group—and launched a juniors’ line. Industry elites eventually gave the glittery label a nod, and they began showing at Bryant Park, presenting kooky, thematic garb from collections titled “Star-Spangled Smiles” and “Over the Rainbow.” Their runways were famously populated with “models” like the Hilton sisters, Mena Suvari, Lydia Hearst, Mya, Kelis, and some of New York’s best-loved drag queens. The hard-partying duo’s success eventually started to plummet when they lost their financial backing, and the two decided to pursue individual projects in 2008.