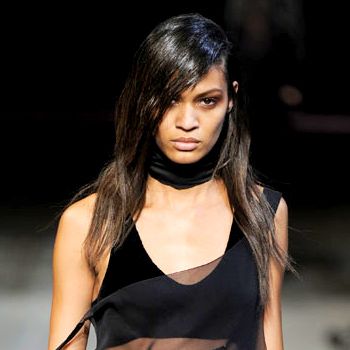 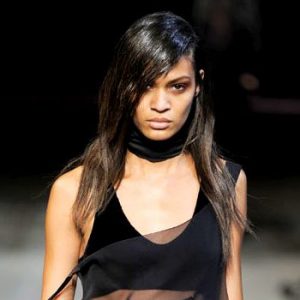 A lady, who describes herself as a strong, humorous and loving, is the pride of her small country Puerto Rico. With all the top notch fashion houses including Burberry, Gap and Gucci and designers such as Oscar de la Renta, Diane von Furstenberg, Stella McCartney, Roberto Cavalli under her resume, Joan Smalls walks and poses effortlessly with an irresistibly captivating charisma.

In 2007, naturally exotic Joan Smalls stepped out of Puerto Rico to place her feet in the world of fashion in New York City, where she was instantly chosen by Tory Burch as a fall show headliner. 2008 was a year of great success as Smalls become the face of Oscar de la Renta and later also represented the company in its fall 2008 New York show. In the same year her collaboration with Diane von Furstenberg landed her to first major magazine editorial for Cosmopolitan.

In 2009, Joan Smalls model made the biggest move of her career by switching her representation from Elite Model Management to IMG Models, and ultimately Smalls got chosen by Givenchy’s creative director, Ricardo Tisci to appear as an exclusive in the company’s spring Paris couture show and from there onwards there was no stopping for this determined extremely kinky woman!

In her tremendous journey from ordinary to becoming Paris Fashion Week’s top model, Joan Smalls has enjoyed a low-key industry profile with no known eating disorders, drug scandals or physical shenanigans and prefers to spend her nights meditating then partying.