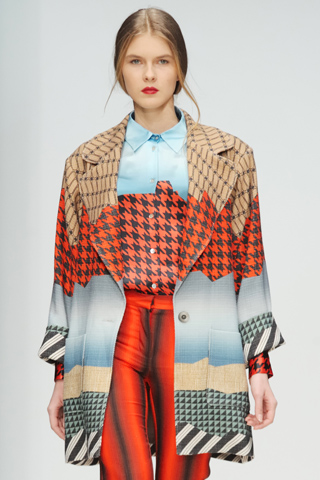 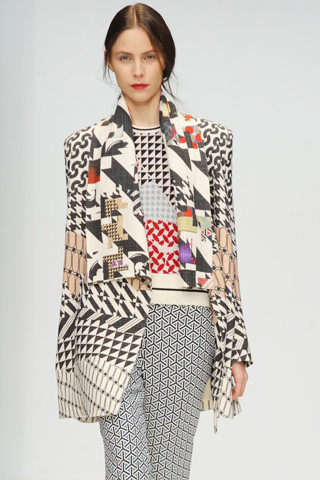 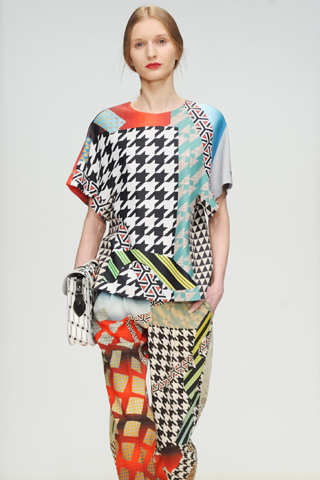 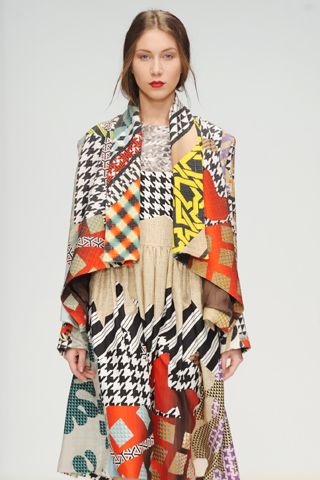 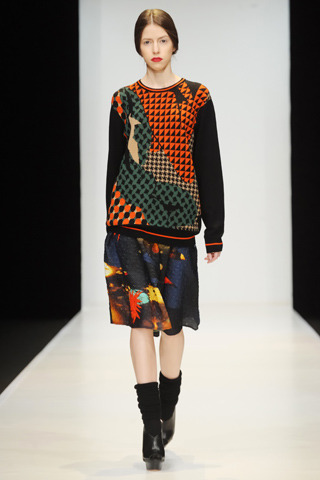 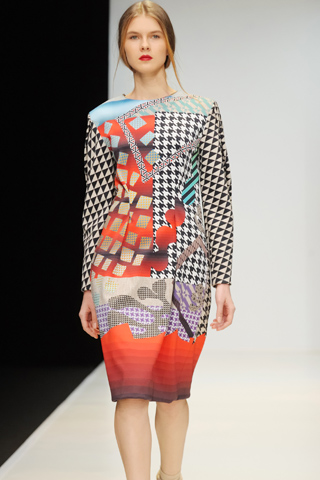 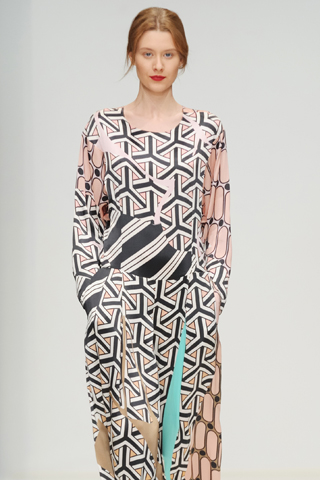 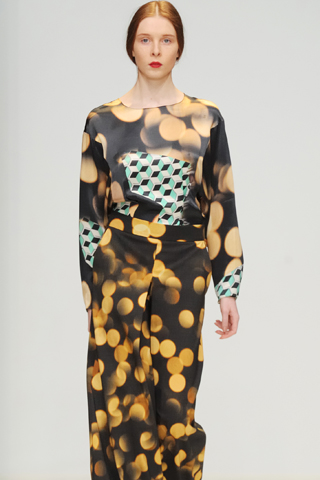 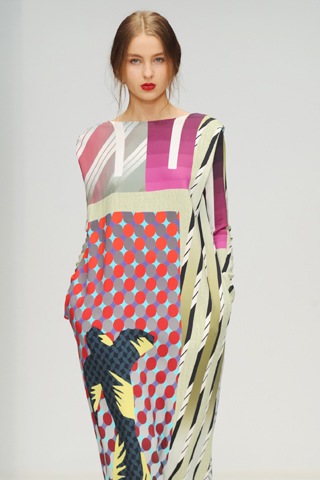 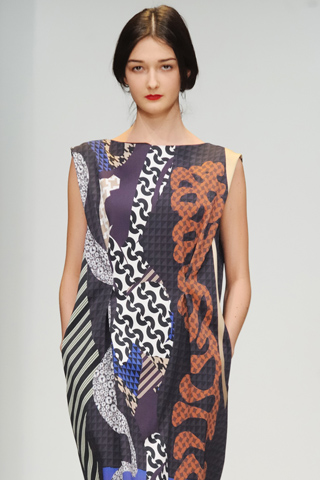 Colour curves
Henri Matisse himself would be excited by such a level of play with endlessly flamboyant prints on the surface of the dresses, which inspired Bruno Basso and Christopher Brooke, constant participants of London Fashion Week, to create their new collection. Matisse is known to be drawn to experiments with lines, but the level of conceptual freedom is quite in the spirit of the French master.

The word ‘eclectic’ is perhaps too plain to describe the feast which Basso and Brooke seem to have decided on through out the order from the ship of contemporaneity. There is no point in trying to distinguish separate advantageous elements – having mixed all possible prints and geometrical ornaments, Basso and Brooke created, at first sight, totally chaotic combinations. However, while the left cortex is trying to work out the principles of organising the numerous ornaments, the right one is enjoying the show.