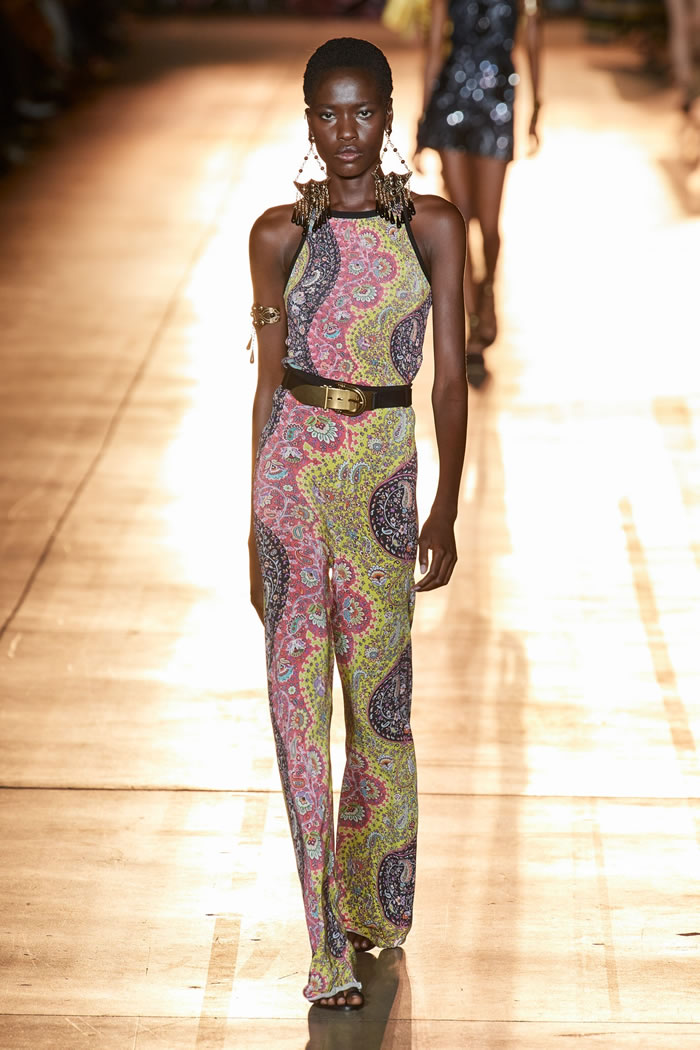 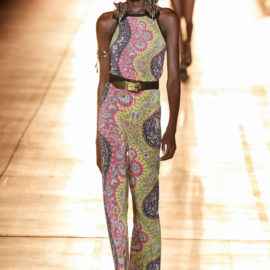 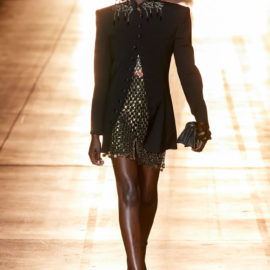 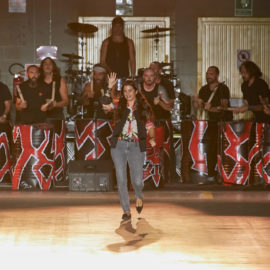 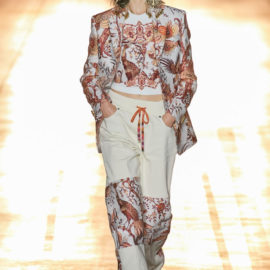 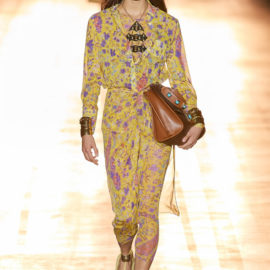 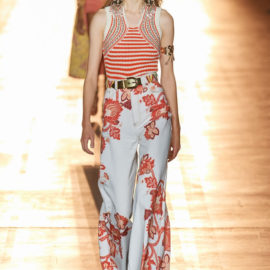 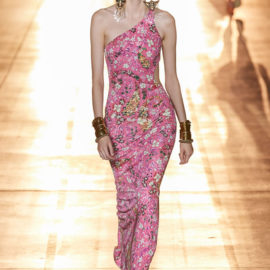 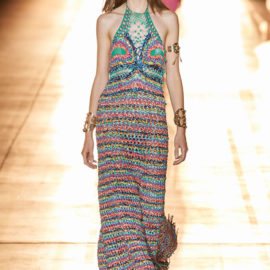 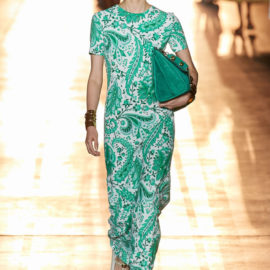 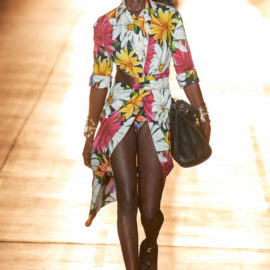 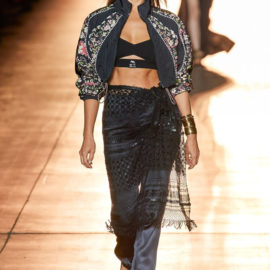 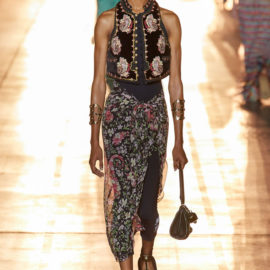 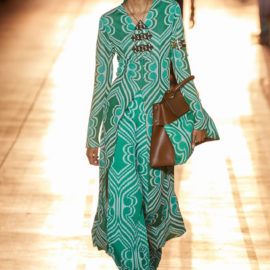 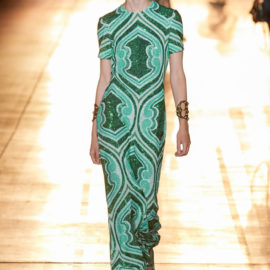 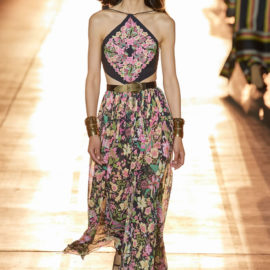 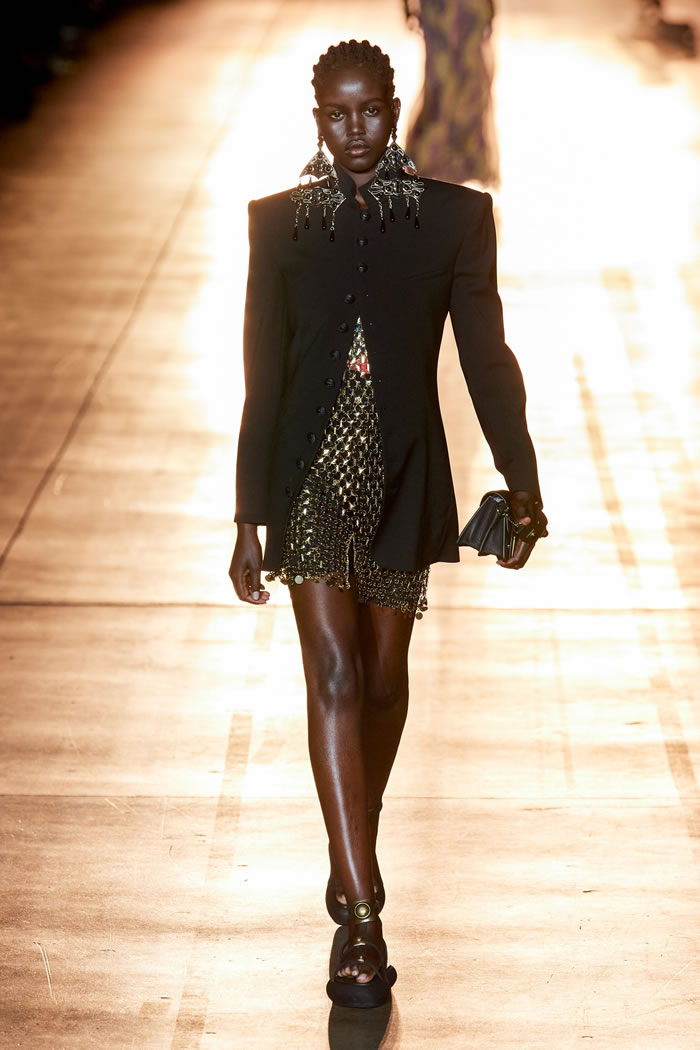 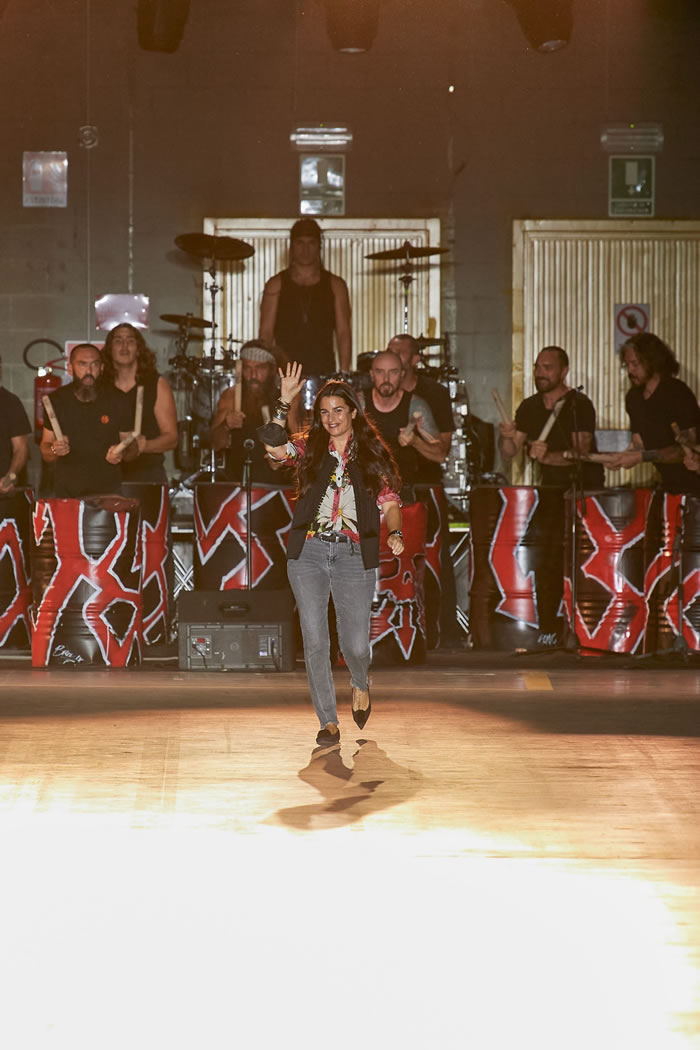 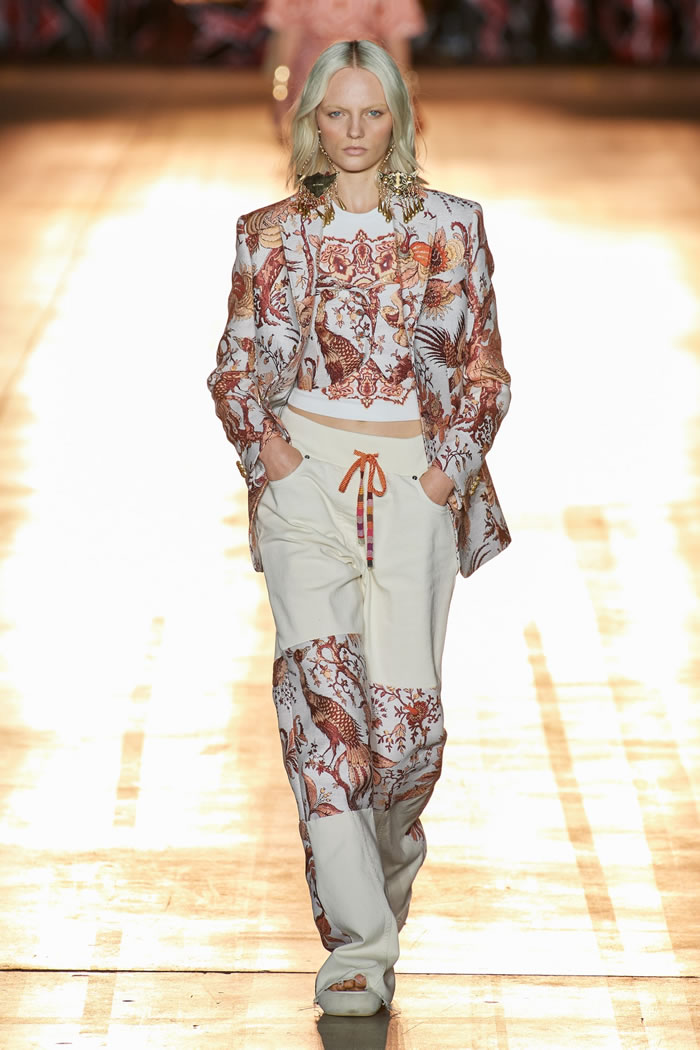 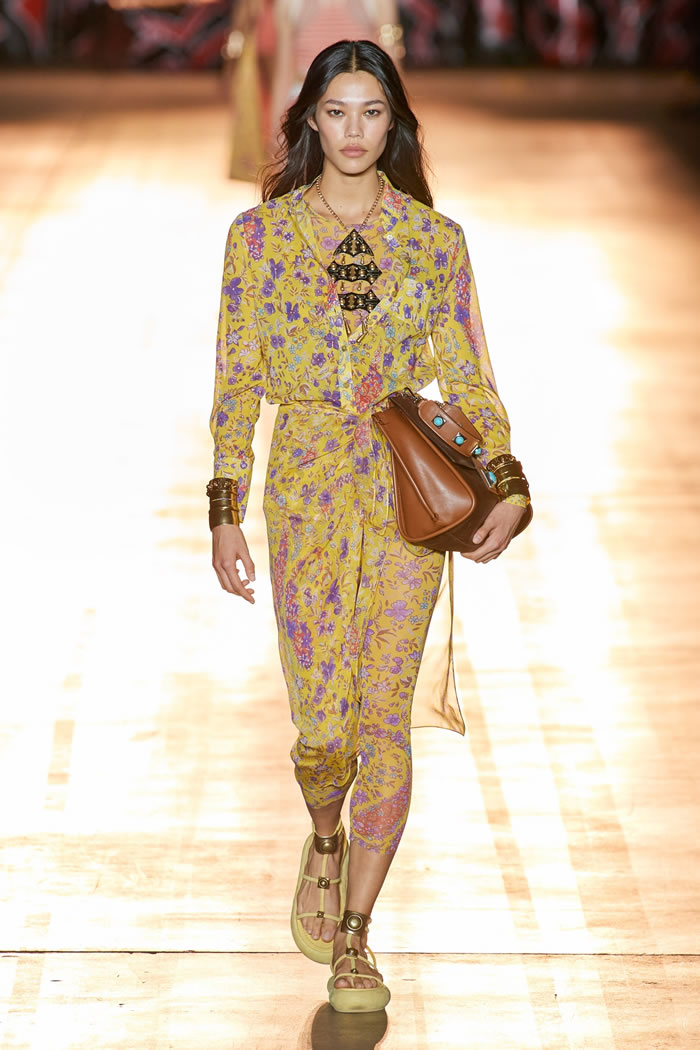 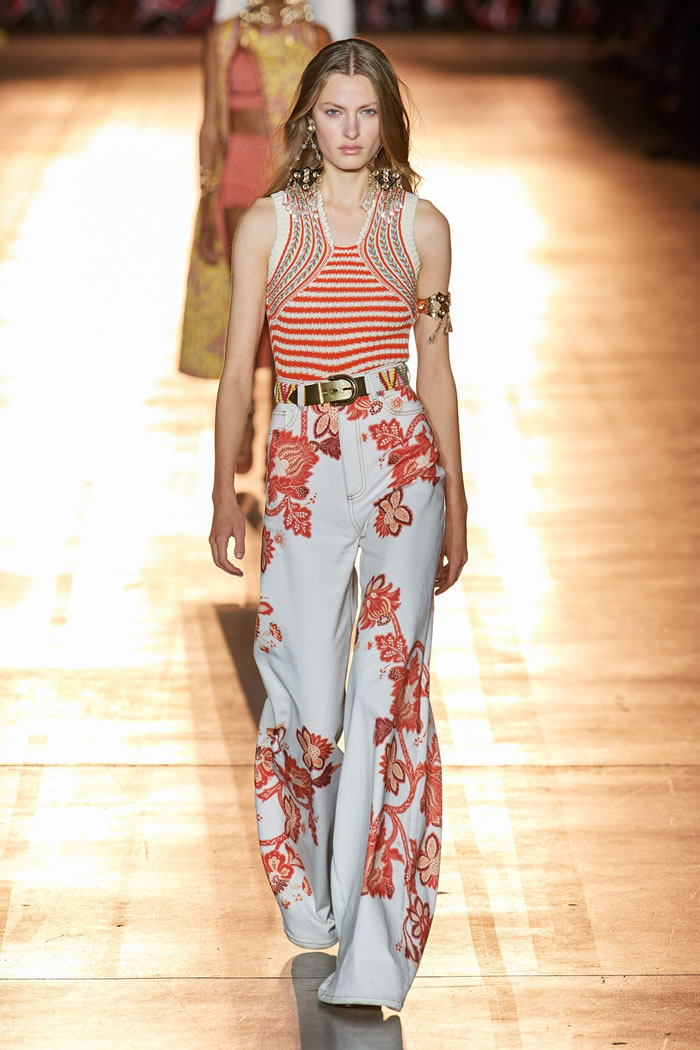 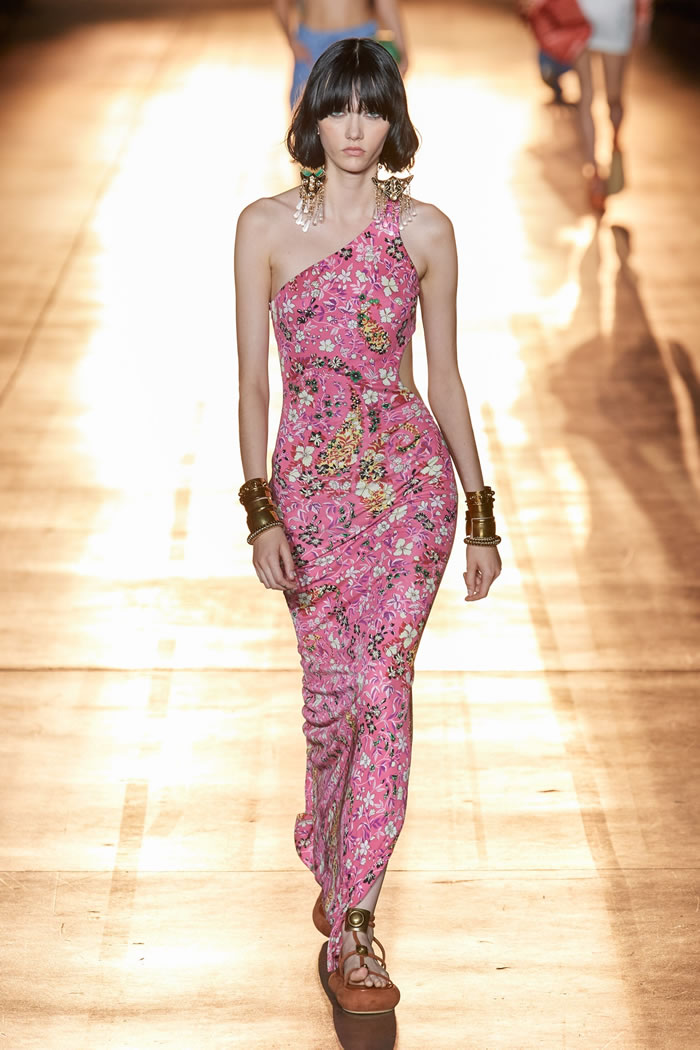 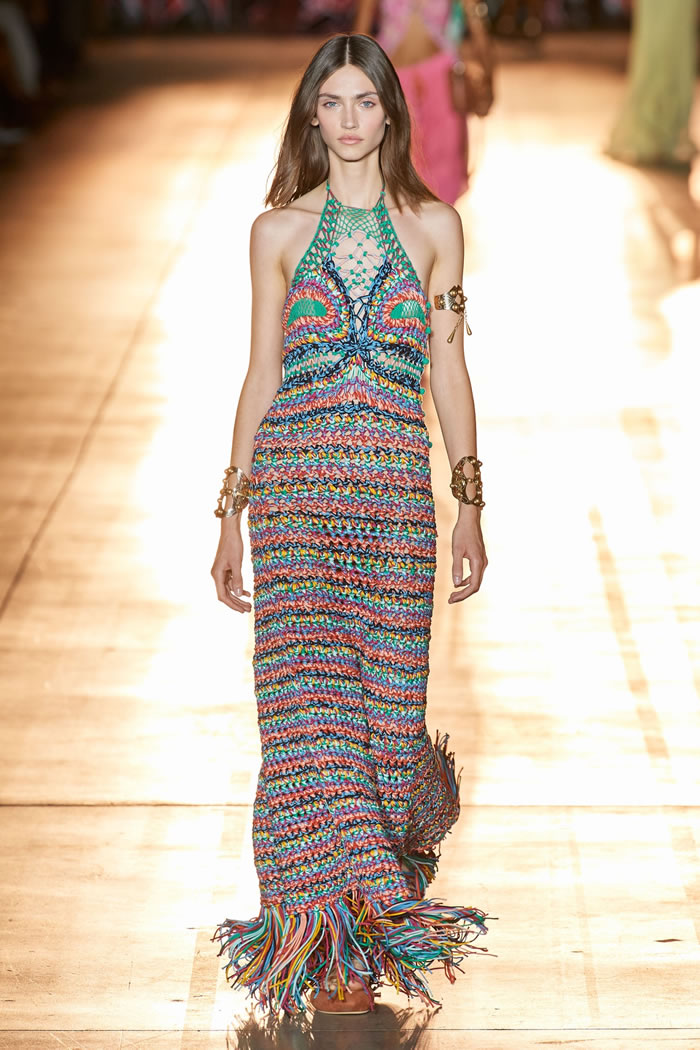 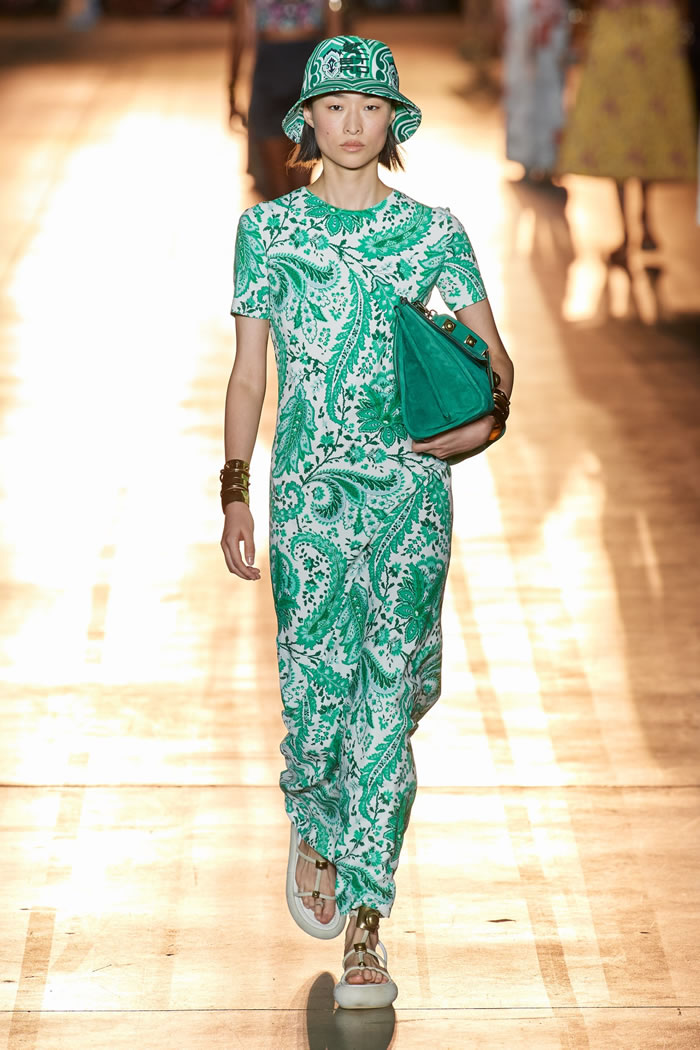 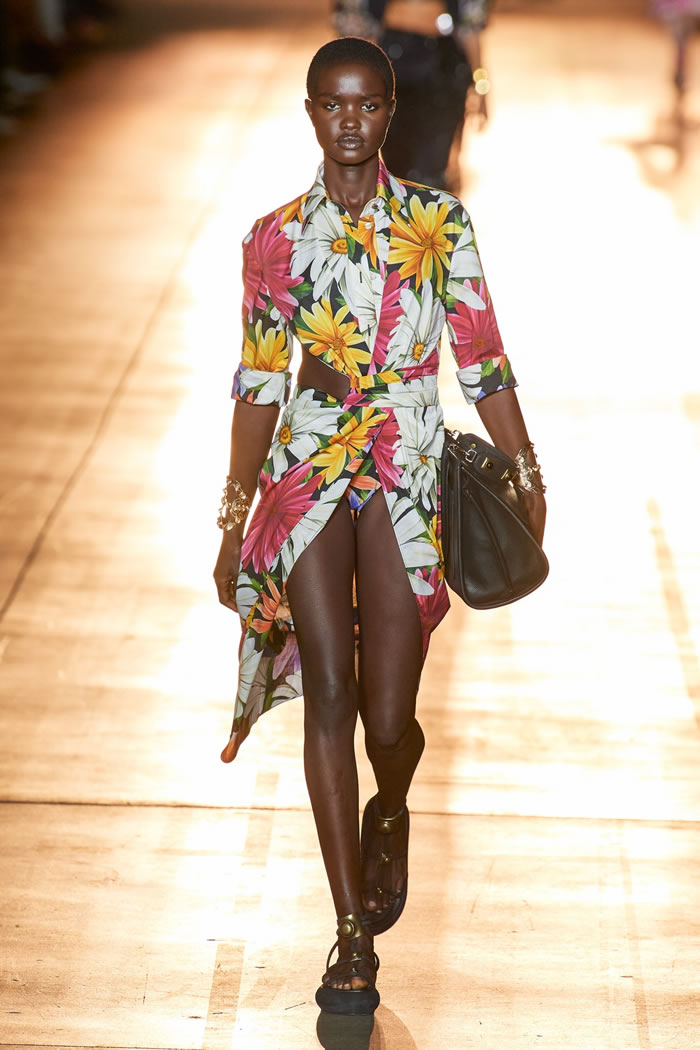 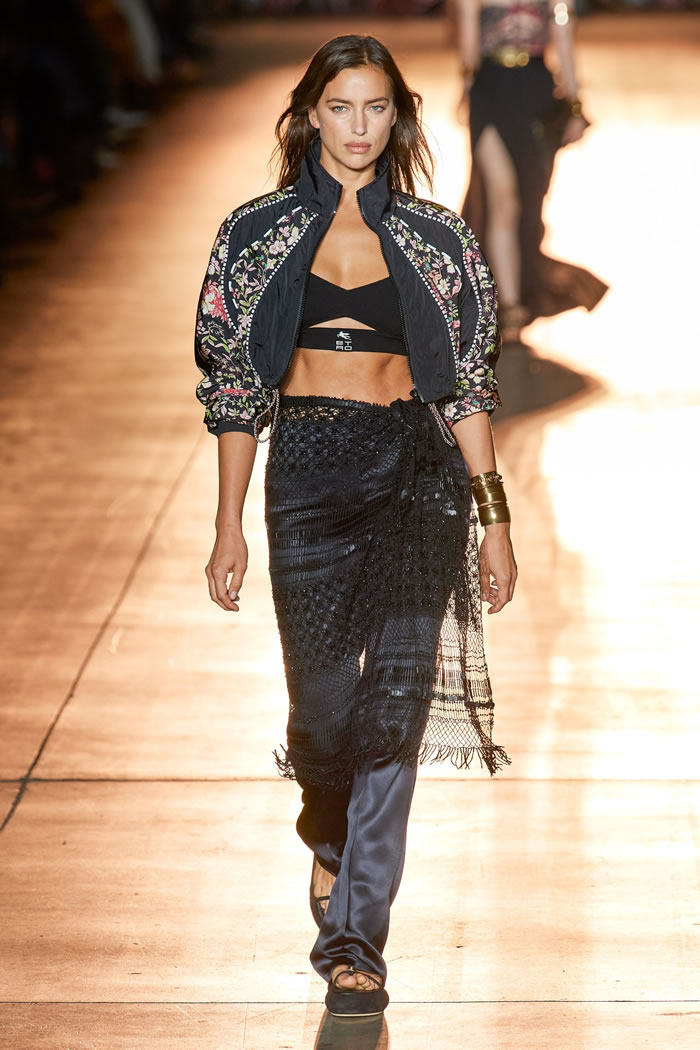 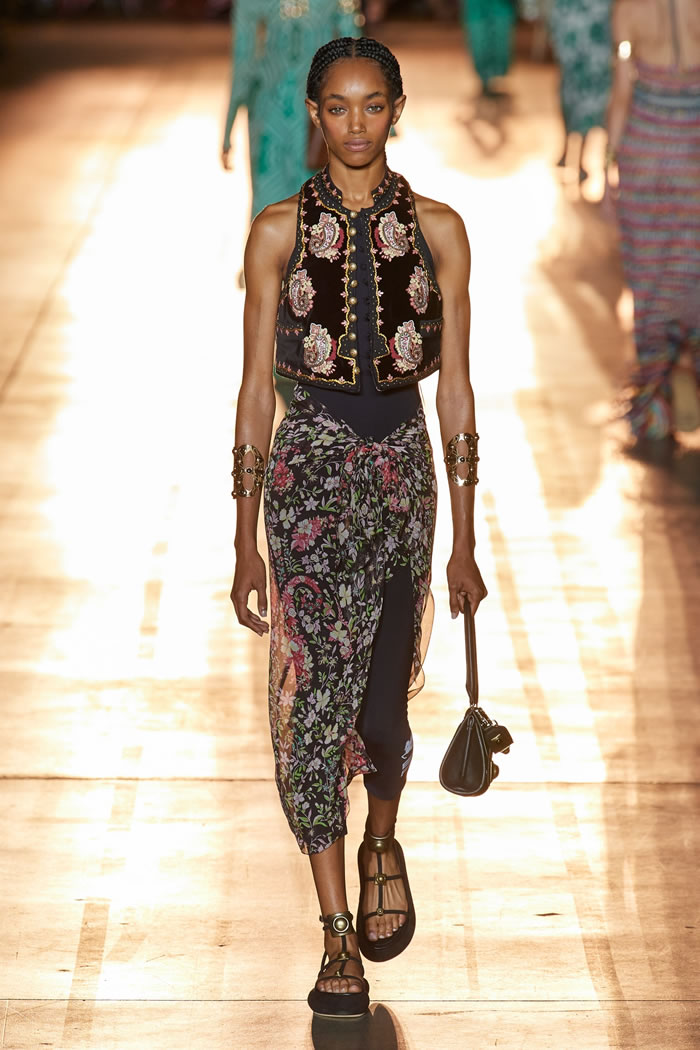 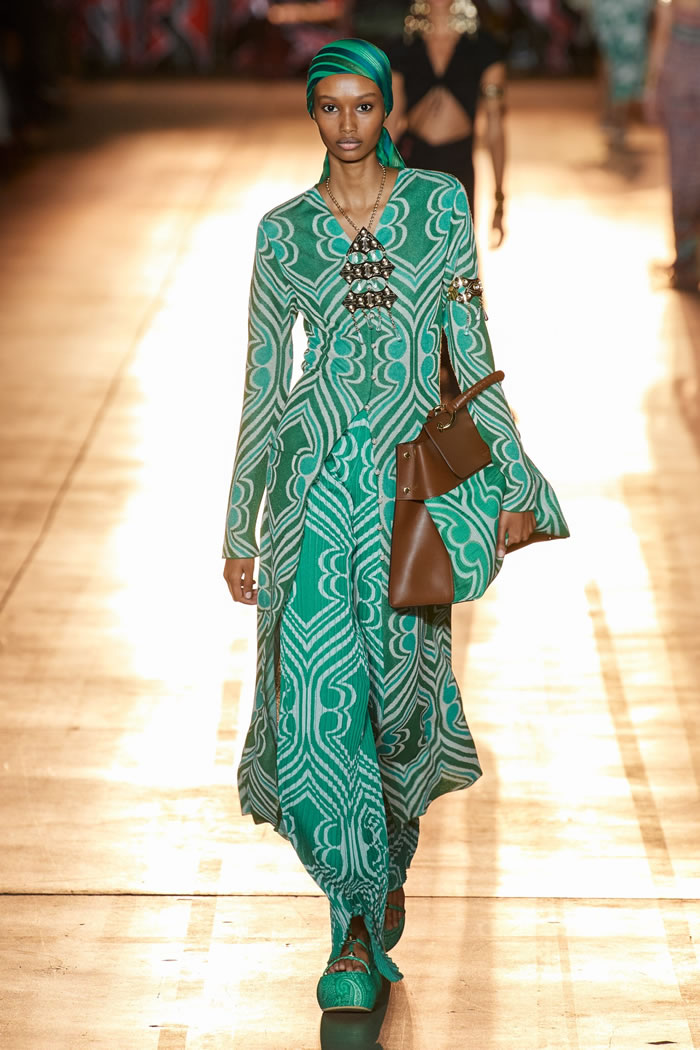 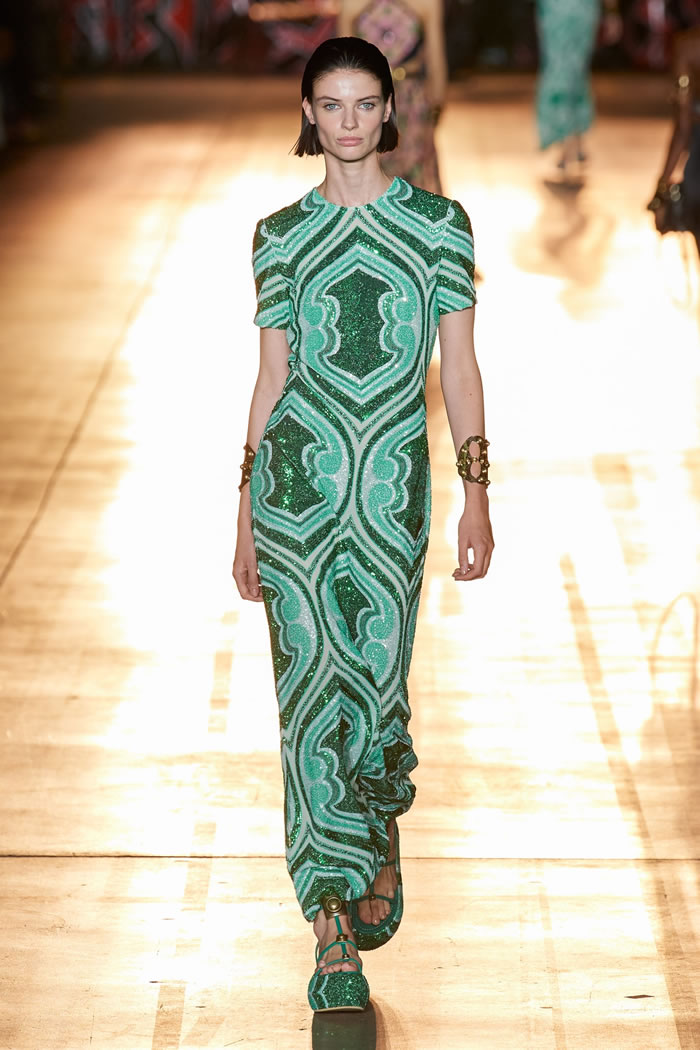 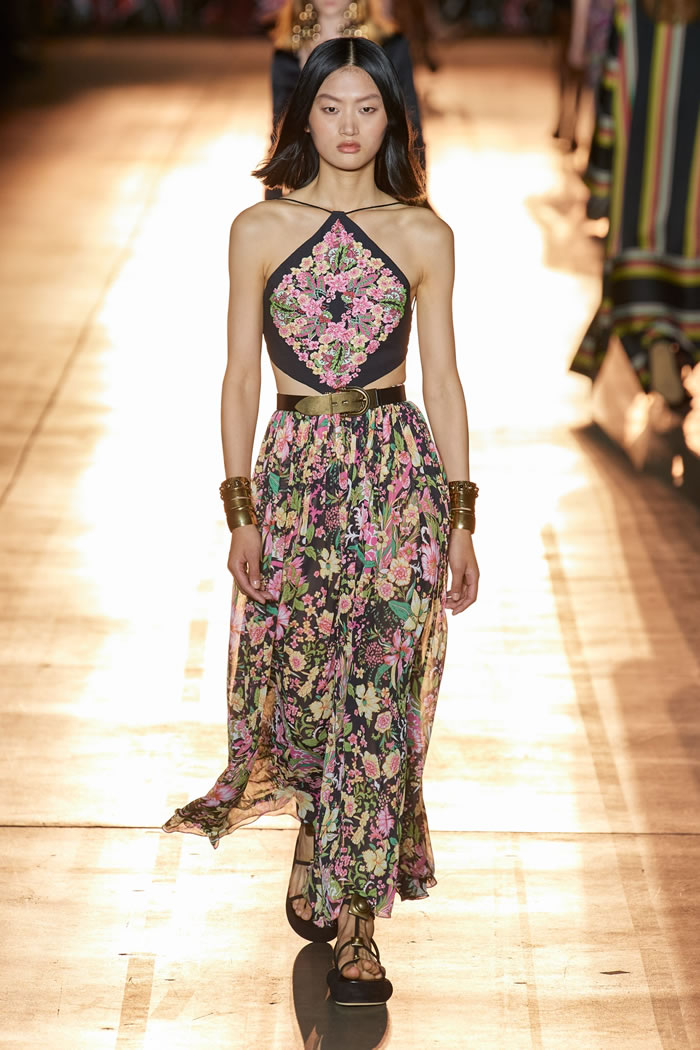 Veronica Etro was once a fellow regular at Whirl-Y-Gig, the nu-hippie (a.k.a. crusty) London club night in Shoreditch Town Hall: Although we can’t remember meeting there, it’s possible—because even the morning after, one’s recollection would be a little hazy.

It was an awesome night that started early and ended early: Bongo drummers would riff live to the sets of Monkey Pilot and crew, there was a lot of mutual massage (maybe mushrooms too), psychedelic light shows, chakra reading, chai drinking, and face-painting. At the end of the night, a canopy of parachute silk would fall from the ceiling and we’d all hug before heading out to wait for the bus home.

Fast-forward 30 years: As her family’s house was locked in negotiations that would in July lead to the sale of a 60% stake to L Catterton (a Louis Vuitton–adjacent equity vehicle), Veronica Etro found herself thinking back to those hazy, crazy days under the parachute.

She said: “I’m a person who really goes with the flow. Everything will be done. And I’m here, and I’m happy.” This mindfulness 101 position went on to influence the development of this collection, which considered the Beatles’ discovery of transcendental meditation in Rishikesh just as Etro was founded in 1968.

This struck a further chord with Veronica’s process in 2021: “In this period I came really close to mindfulness, yoga, and meditation: There was a spiritual awakening, like for many people, I think. This thing of finding balance within, that was also very typical of the early ’70s.”

She then took this house-relevant source spirit and renewed it afresh through a design expression filtered through those 1990s Shoreditch nights. So to a soundtrack that sandwiched Massive Attack between Moby, we saw Etro-signature paisleys blended with flower-power florals, mandala embroideries, and tree of life graphics, all punctuated by fertility-symbolizing Zoroastrian seed motifs.

As you’d expect at Etro, this decoration was applied to looks including tailoring, kicky denim, and floaty Talitha Getty–ready chiffon dresses. Veronica also, however, pressed fast-forward on the silhouette time machine to introduce a swathe of looks you could totally imagine Björk wearing while dancing on the back of a truck.

These included a spaghetti-strapped backless top and A-line mini in a black kaleidoscope of sequin mandalas, a tranche of patched and patterned slip dresses, cropped paneled bombers, metal mesh skirts and bras, track pants, work shirts, cycling shorts, and bucket hats. These were given extra altitude by hovercraft-sole sandals that were themselves invariably etched with paisley.

A side-split cotton shirtdress printed with hyper-sized daisies recalled De La Soul’s 3 Feet High And Rising, and that fleeting moment when the new “Daisy Age” seemed like a counter-cultural force with staying power.

The show closed with a drumming performance of Whirl-Y-Gig epicness, before we all headed out—no hugs allowed—to wait for the ride to the next one. This was a collection charged with positive pan-generational nostalgia that also strived to pass that spirit forward.