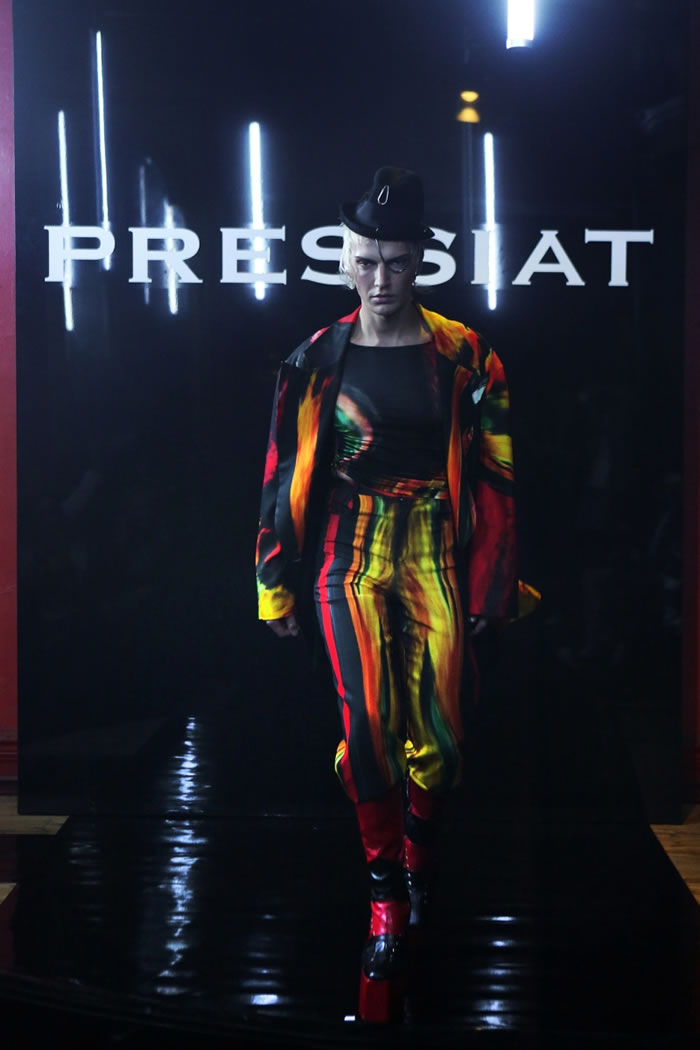 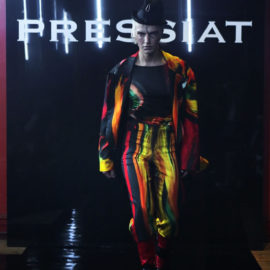 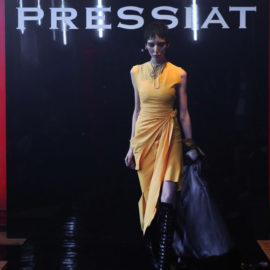 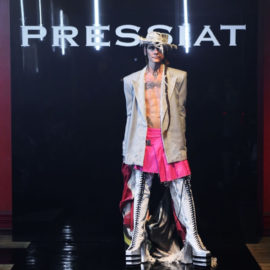 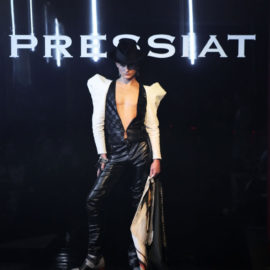 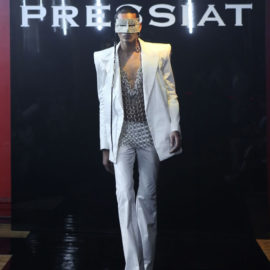 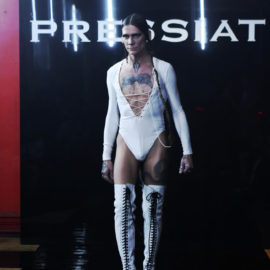 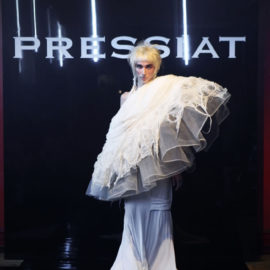 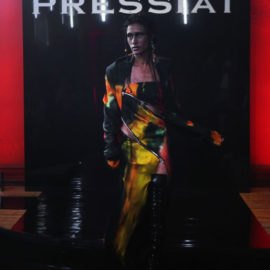 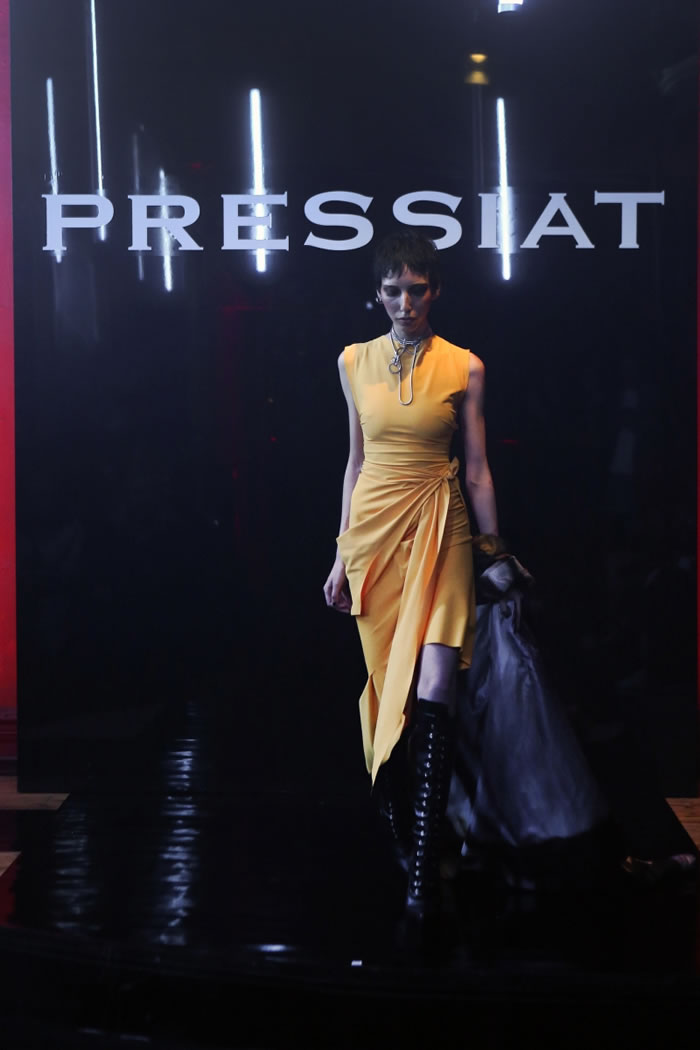 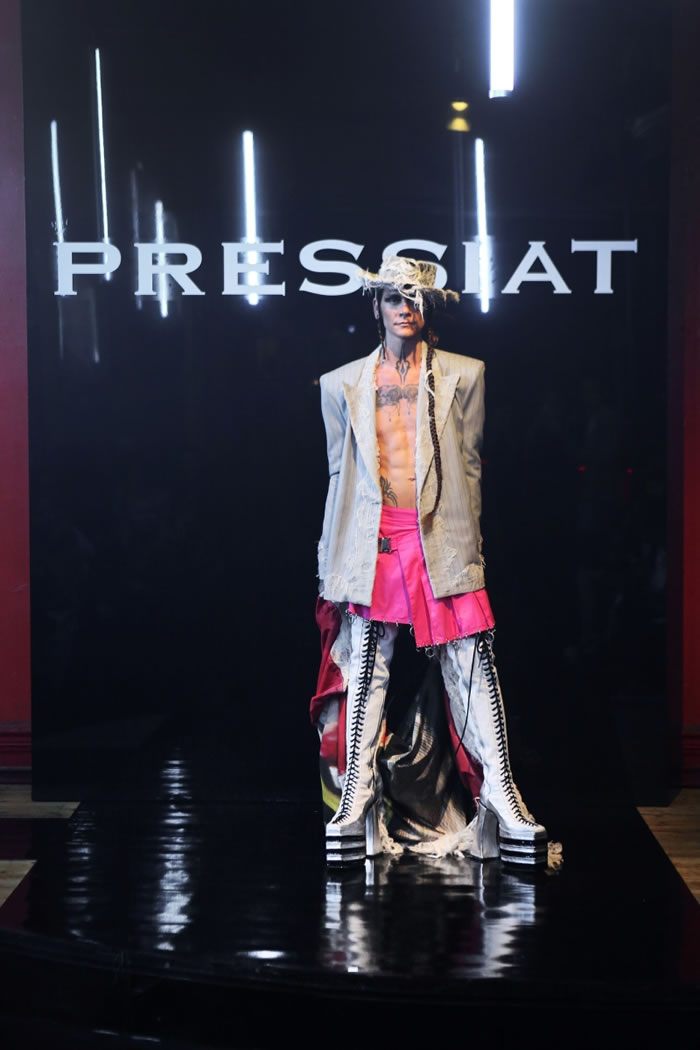 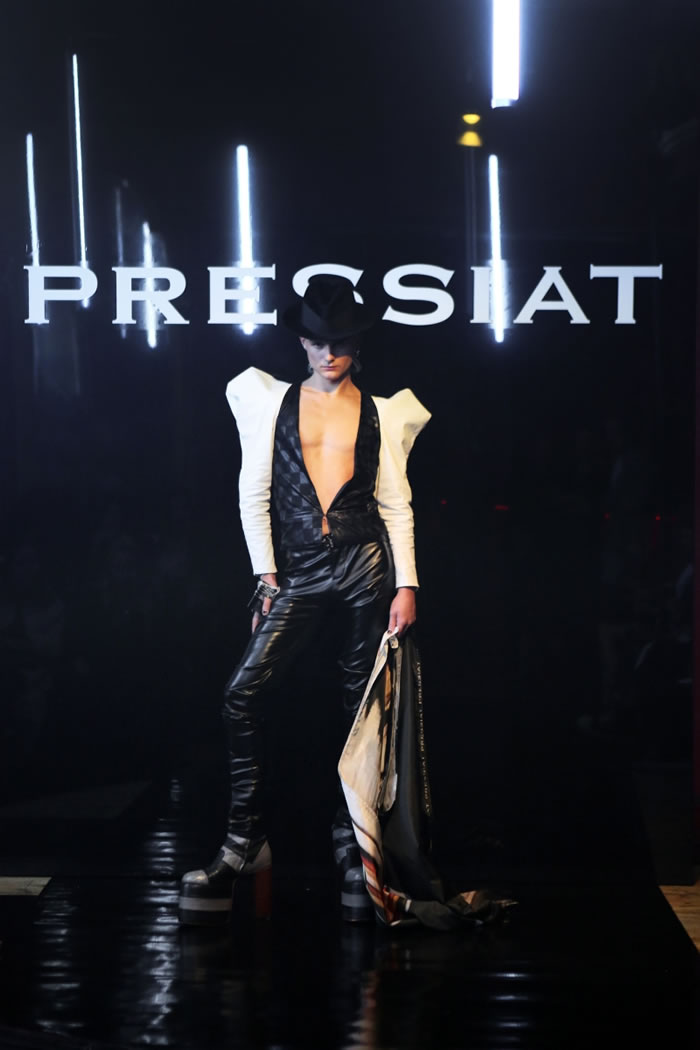 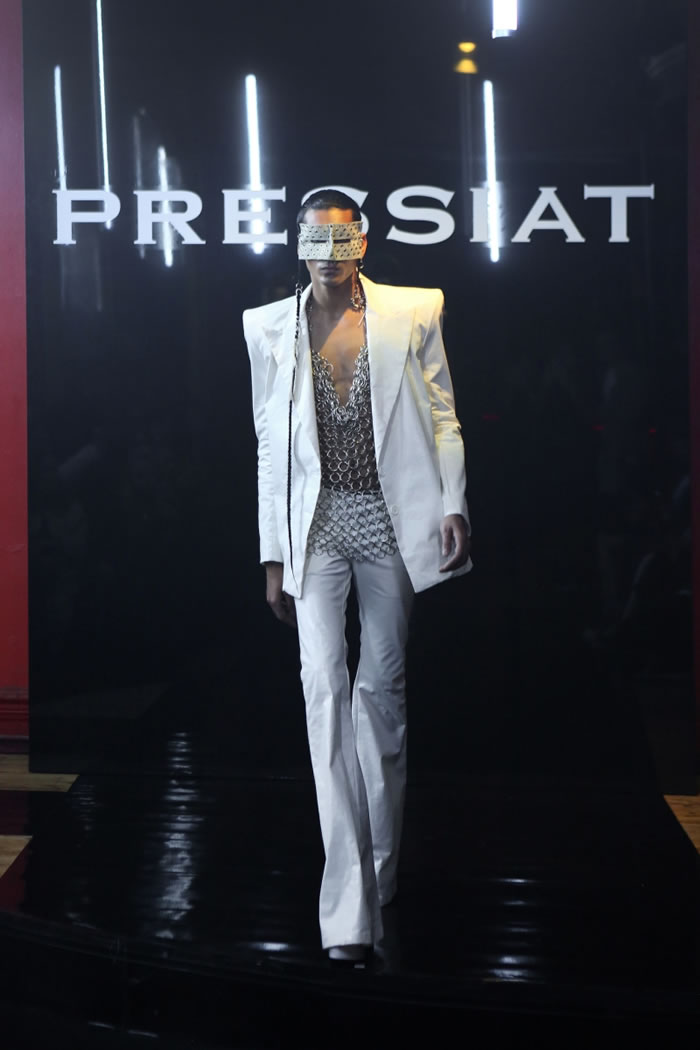 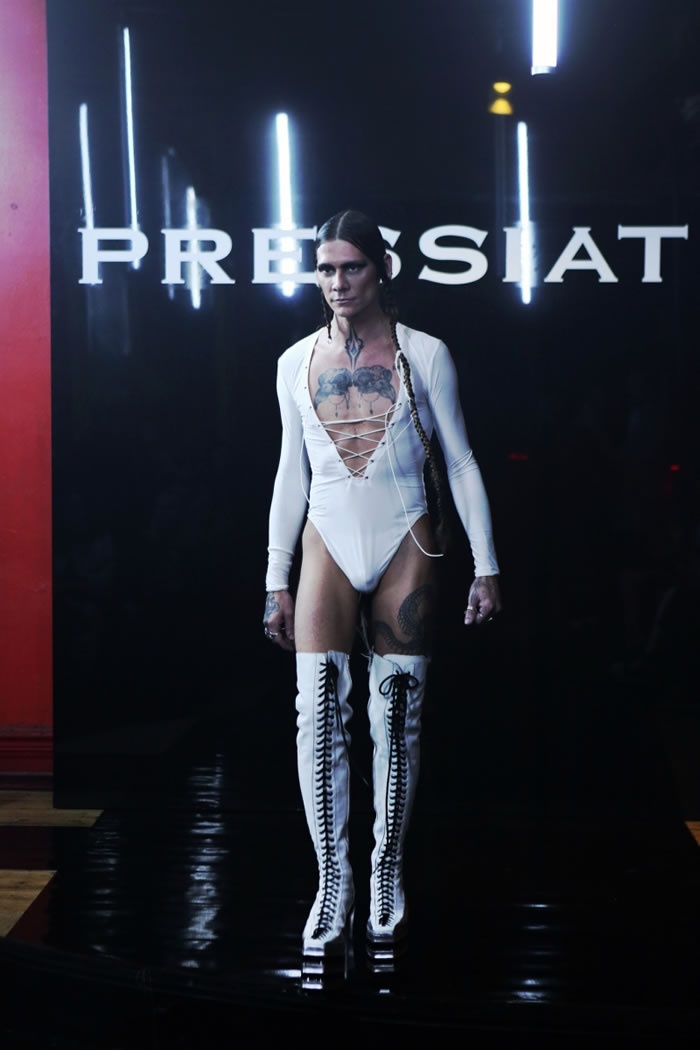 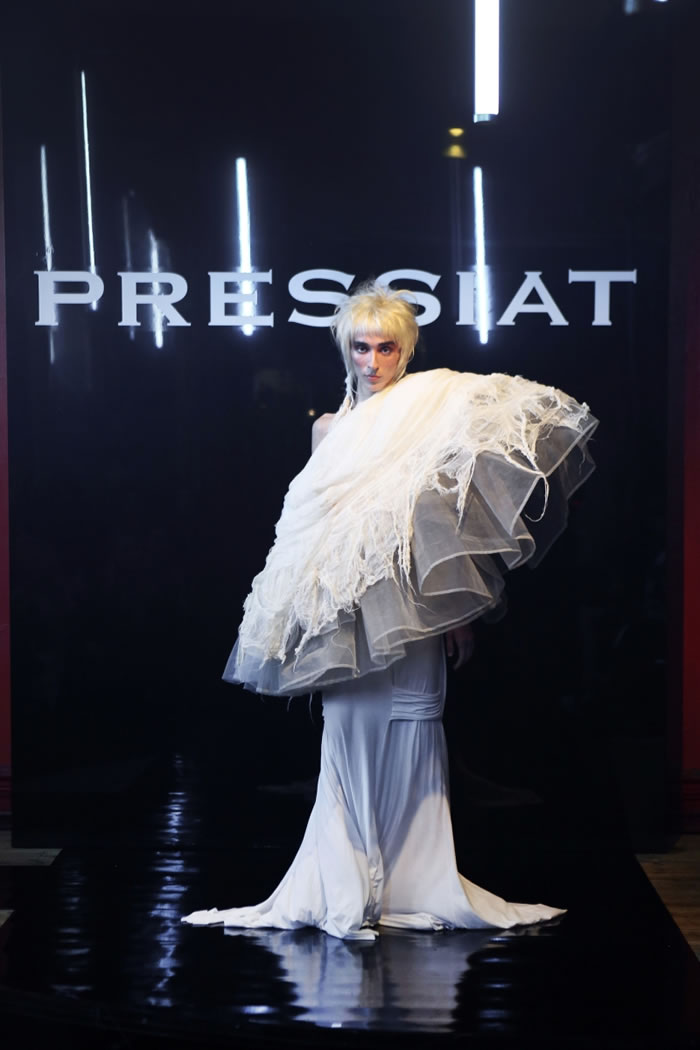 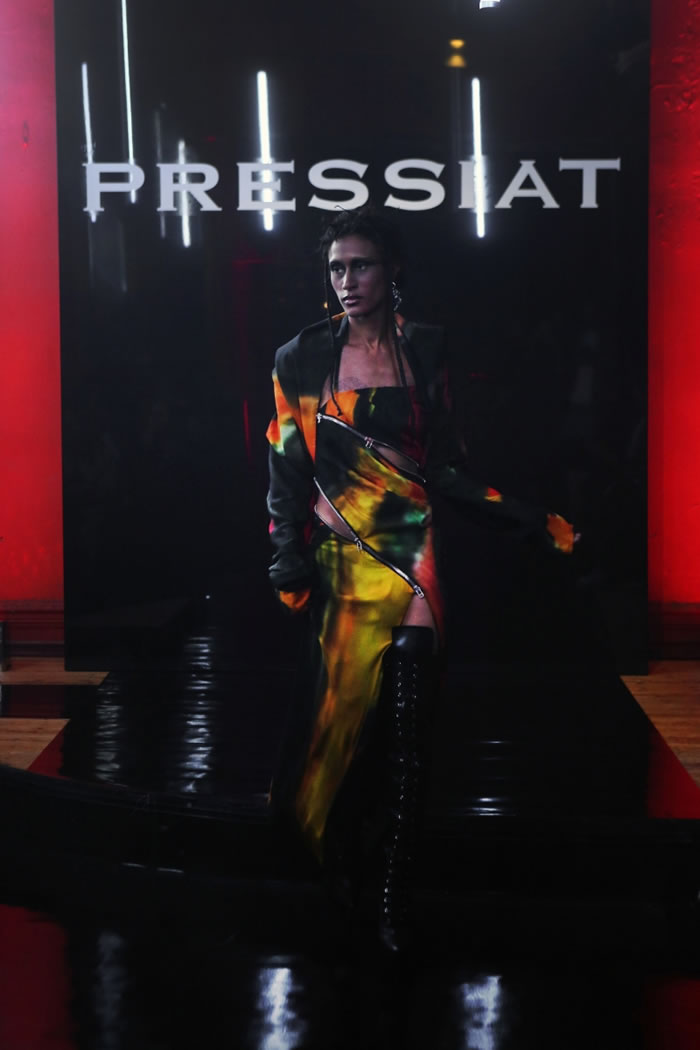 Romani heading to a glam-rock evening were the inspiration for Parisian designer Vincent Garnier Pressiat.

The shows are back in Paris and not just the literal runway version, either. Take designer Vincent Garnier Pressiat, whose off-schedule show was staged in the decadent decor of Le Rouge, a nightclub in Pigalle.

But forget any ideas about models walking sedately down a linear catwalk. His entourage, including fellow designer and best friend Victor Weinsanto, took to the wooden dancefloor in the extravagant designs of his “Glitter Wanderer” collection, playing and posing amid cheers and shouts of an audience that included artist Michaela Stark.

The look: Romani heading to a glam-rock evening, or “a decadent Parisian who could take a tumble down the stairs,” given the vertiginous heels sported by models. “No one fell, thankfully, but I was sweating,” Pressiat said with a relieved laugh.

Quote of note: “I wanted to remix the [Romani] and traveler universe with something electro glam-rock. It was about showing the Romani’s desire to always be moving, changing places and the clubby, festive glam side that we’d forgotten,” he said.

Standout pieces: What wasn’t standing out is a better question. These were not clothes for wallflowers by any stretch of the imagination, so it’s the underlying technical skill that came through. How else would those bumsters stay up otherwise?

Takeaway: It’s not immediately evident how this could translate into a ready-to-wear reality. Proof came from the look book released later: against a neutral background, his decadent creations looked surprisingly wearable — as does the brand’s current season on its just-launched e-store.