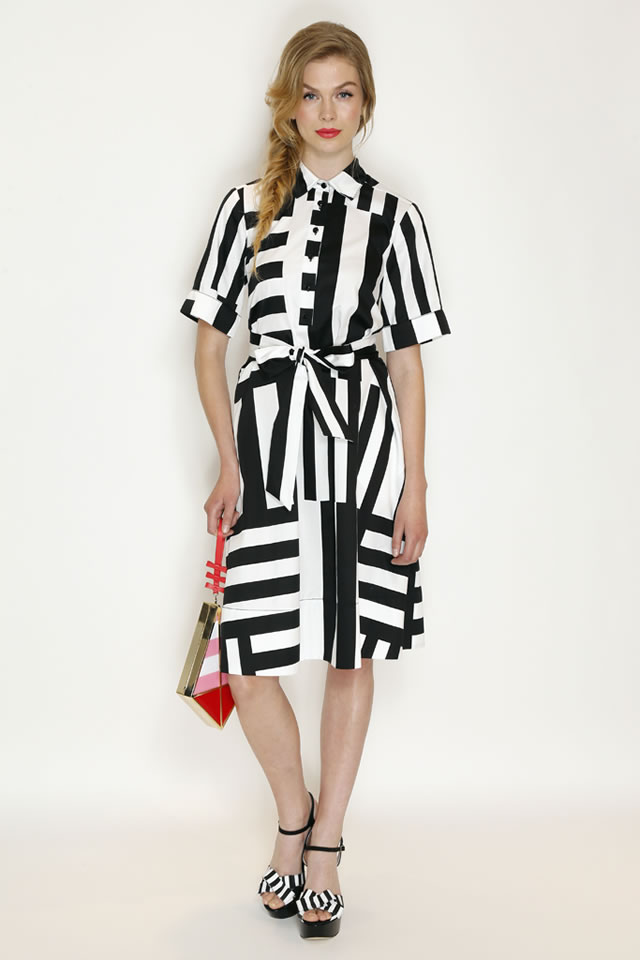 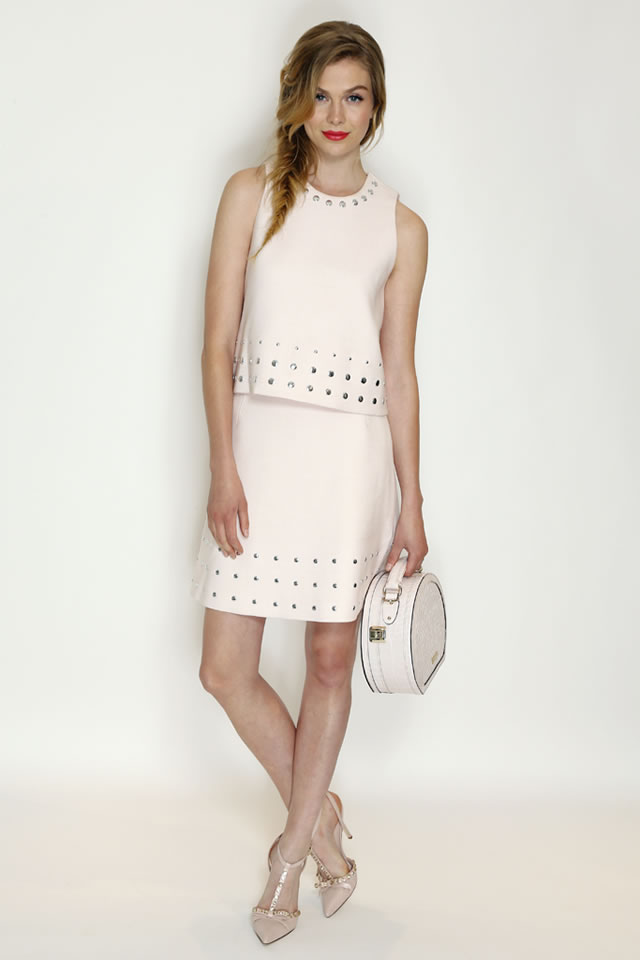 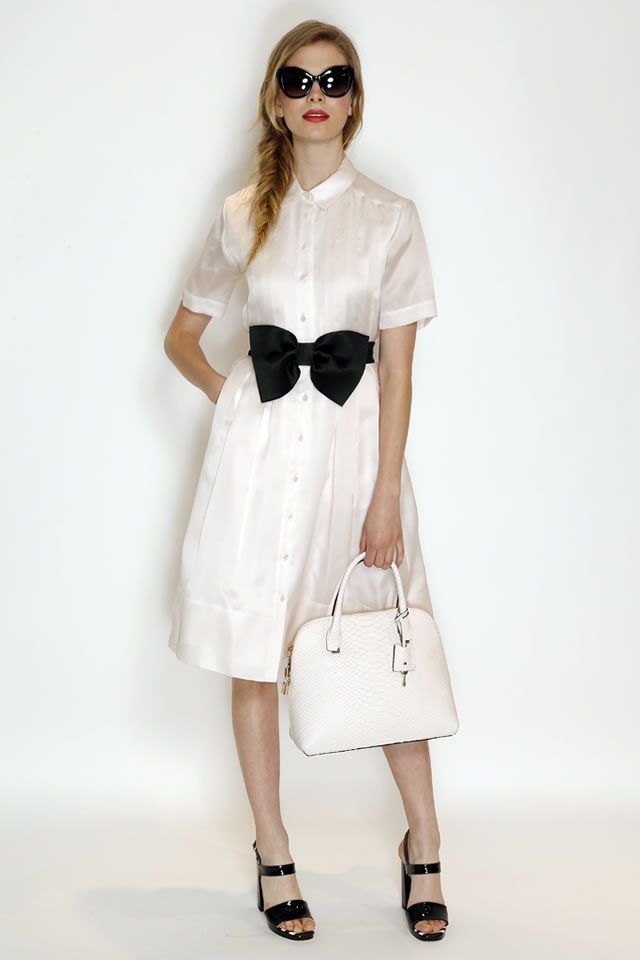 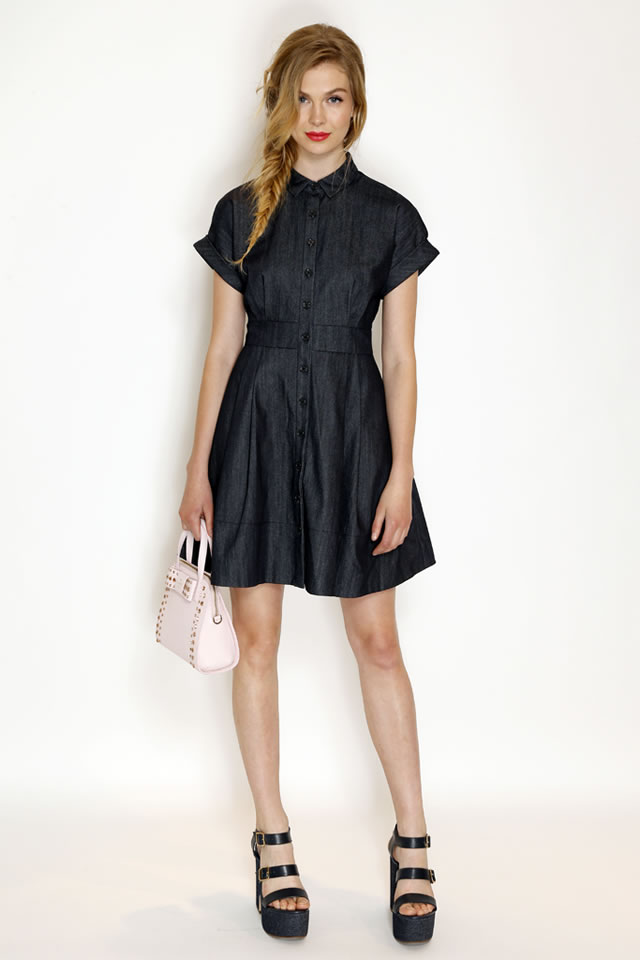 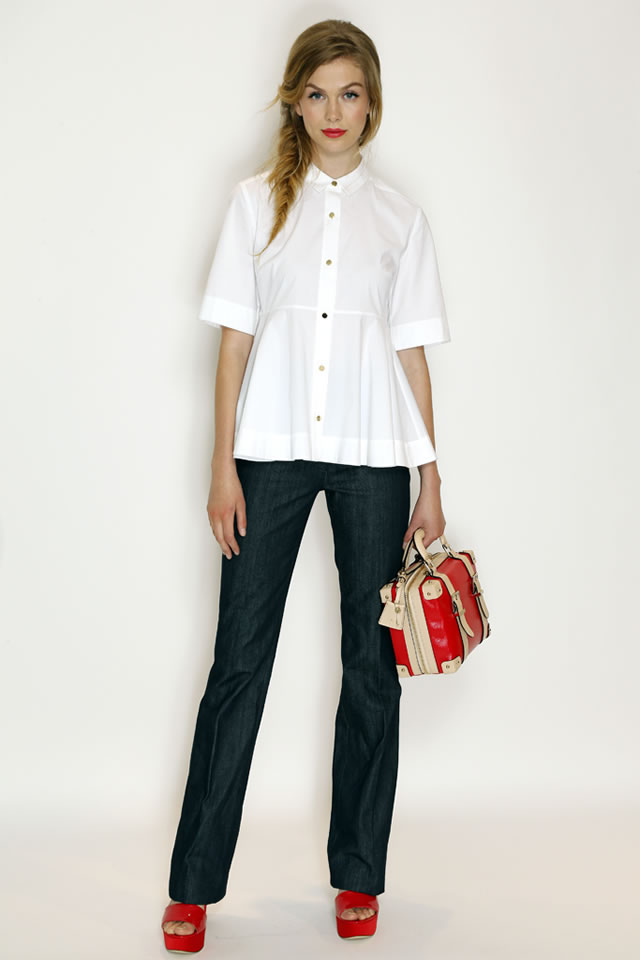 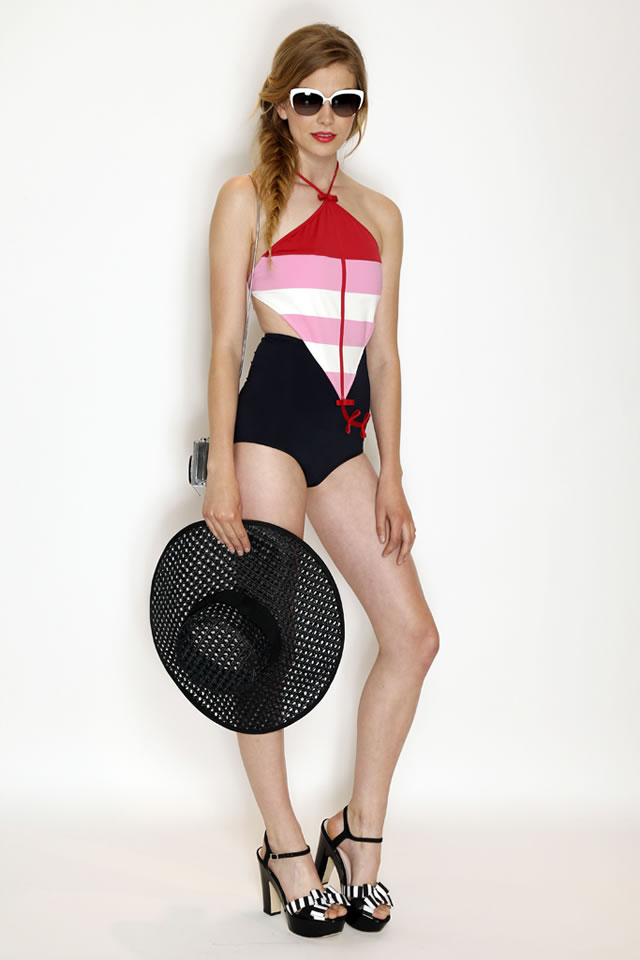 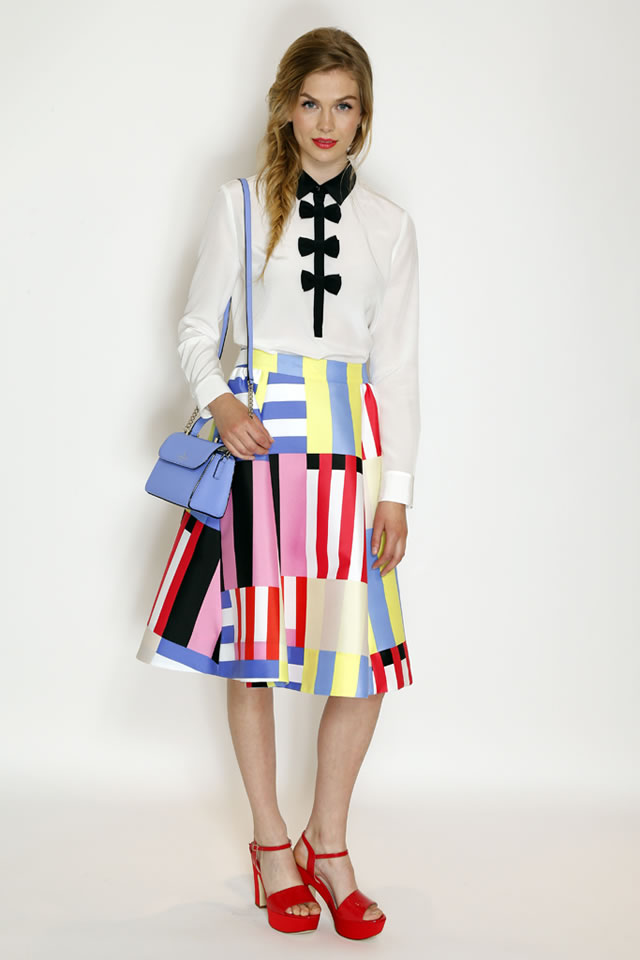 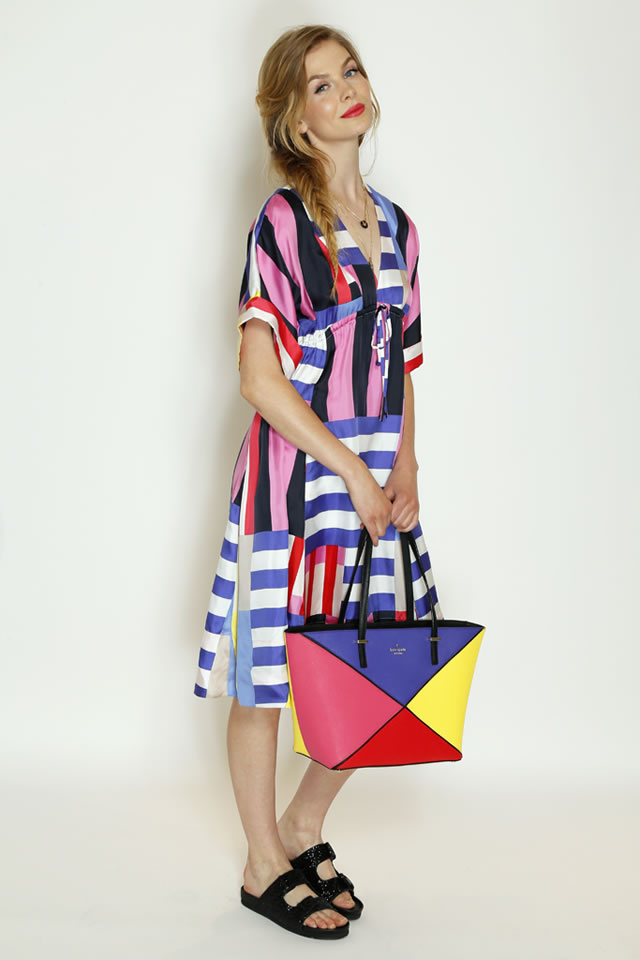 The ever-adventuresome Kate Spade girl is the ultimate escapist in the hands of creative director Deborah Lloyd. This season her idea of taking flight came via a kite motif in the form of a colorful mixed-stripe pattern. Lloyd worked the graphic into a signature flirty A-line dress with bow details on the back and a flowing knee-length caftan dress, which aptly demonstrated the ease she hoped to convey.

The kite motif carried over to accessories as a diamond-shaped metal-and-enamel case and as a pattern across the vamp of a flat slide. The colorful stripes, which also came in a striking black-and-white combo, were tempered by raw denim basics such as a shirtdress and a trouser pant paired with a crisp white peplum shirt and grounded by a heavy red platform, a strong footwear shape of the season.

Lloyd also showed her exclusive Madison Avenue Collection, building upon the Spade classic-with-a-twist vibe and elevating the looks with higher-end fabrics and embellishments such as a graduated stud shape outlining the neckline and hemline on a wool-crepe dress in pale pink.