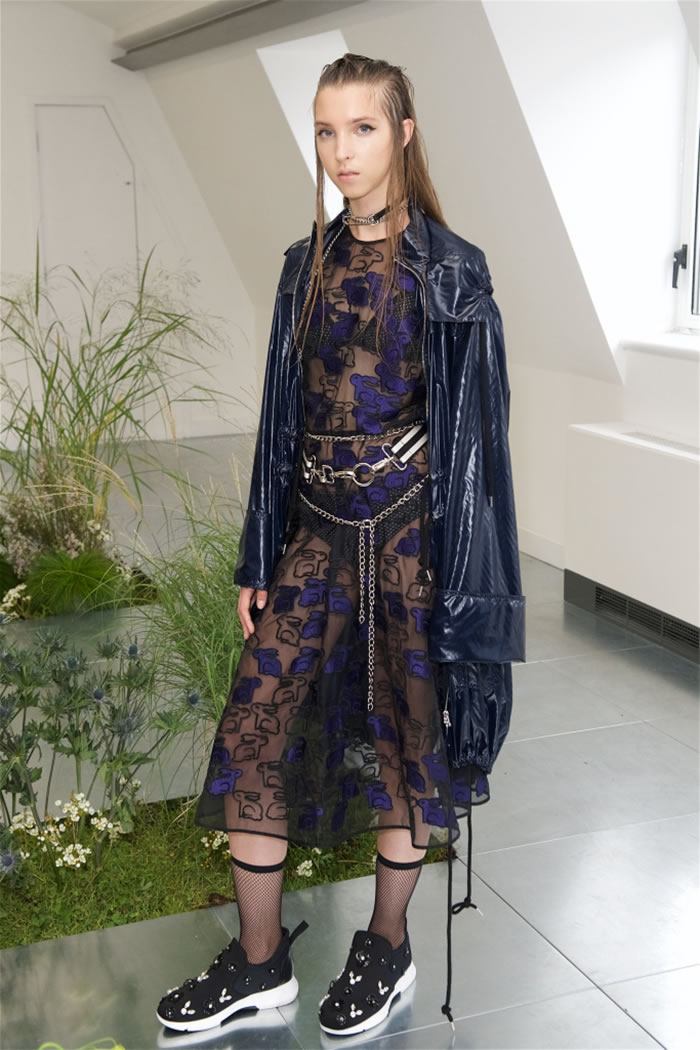 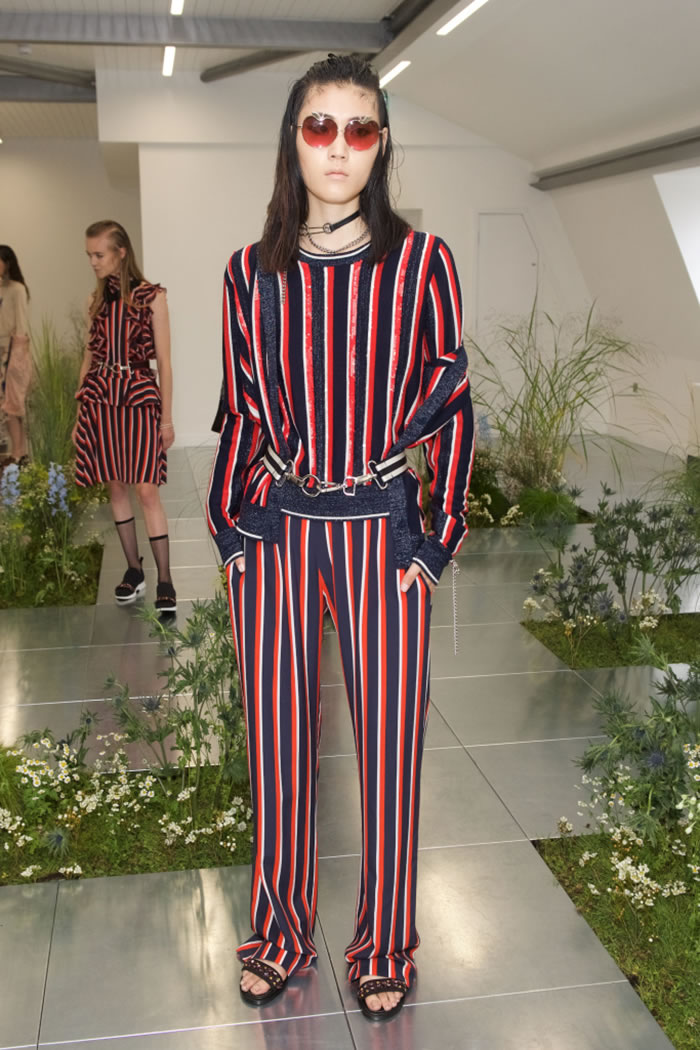 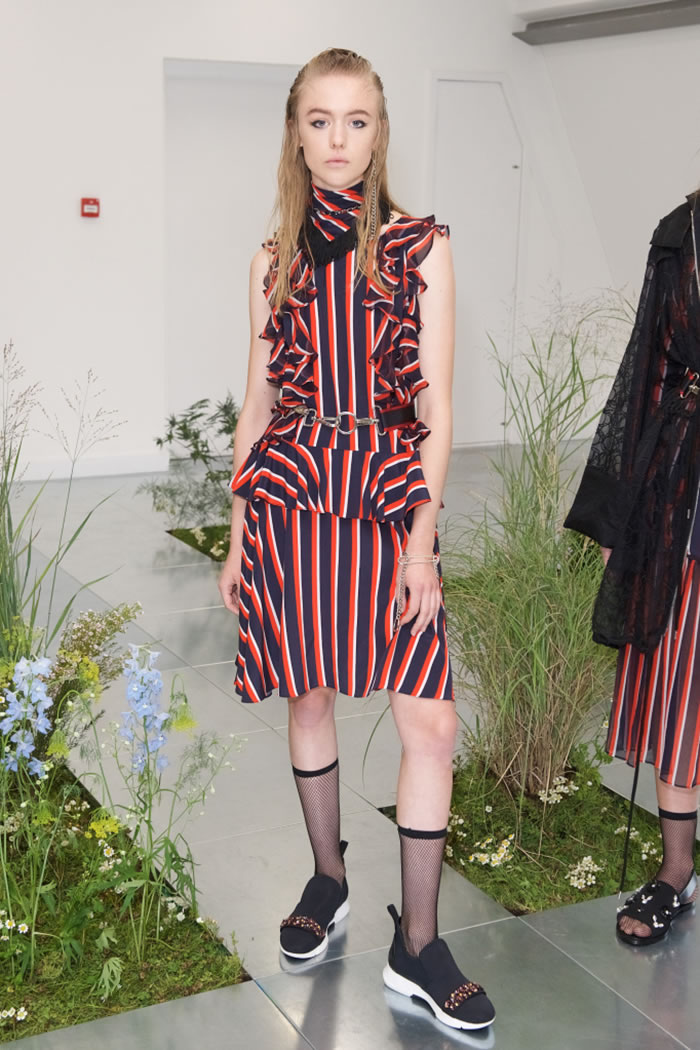 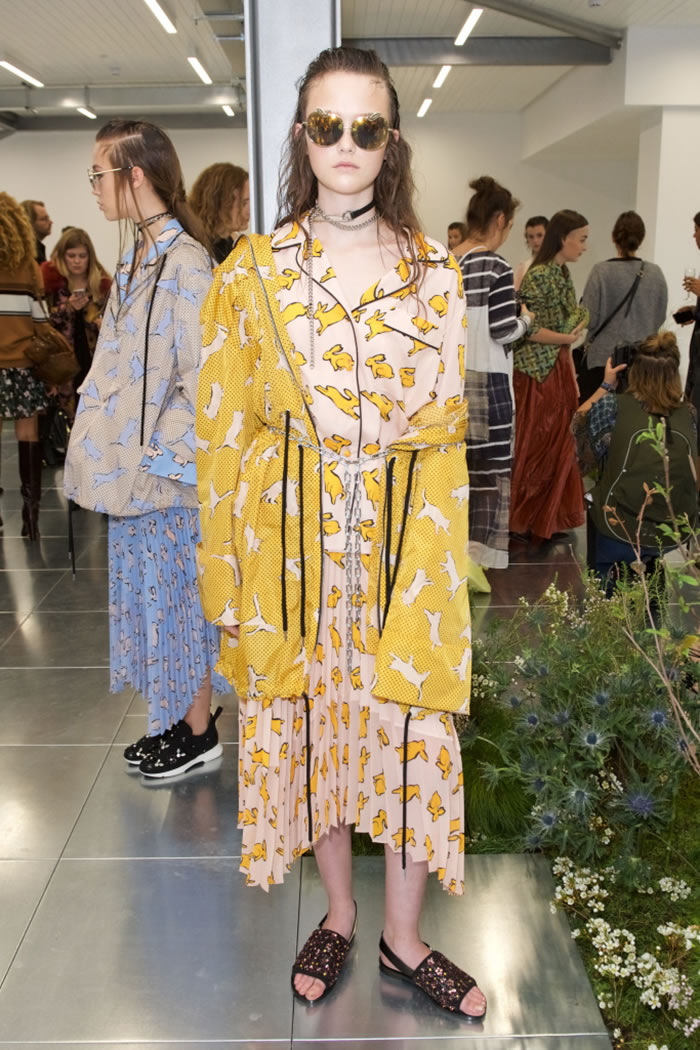 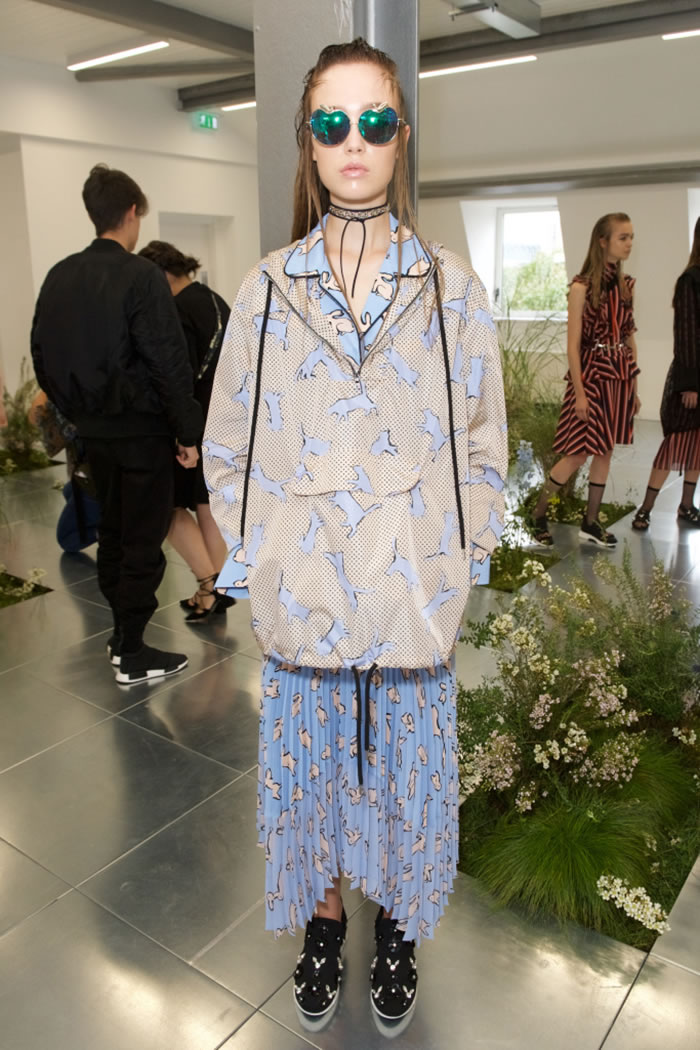 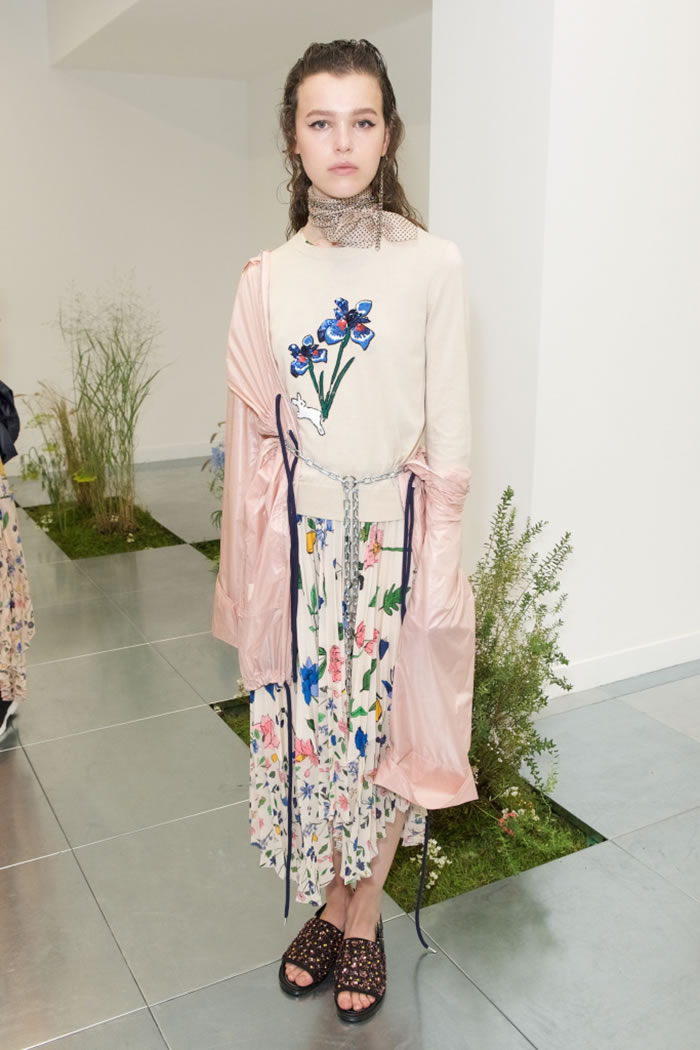 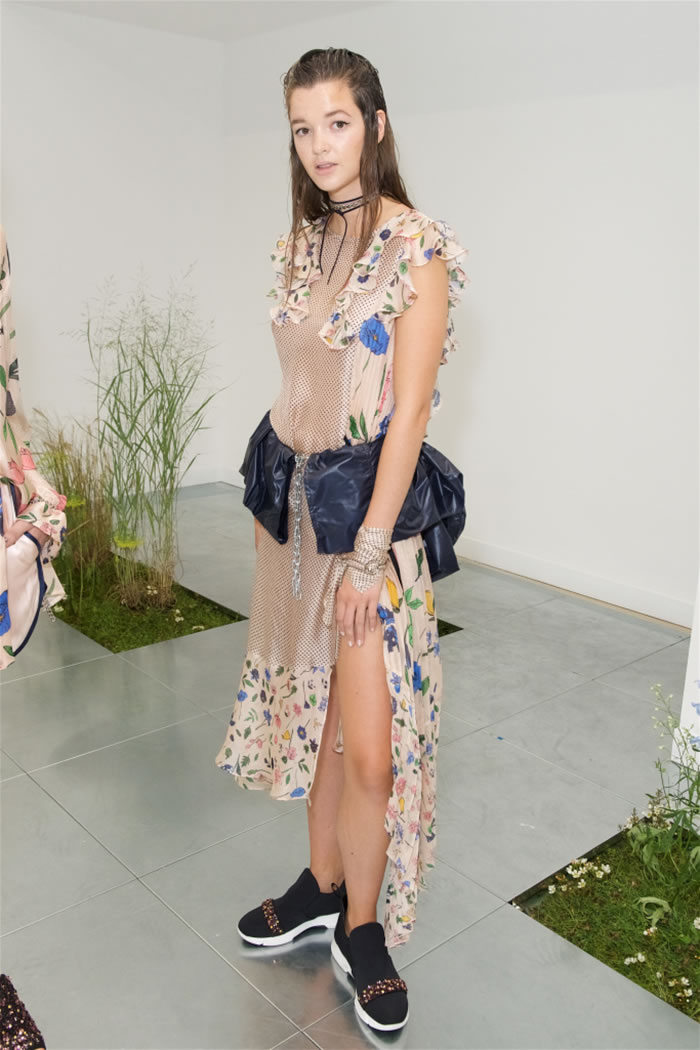 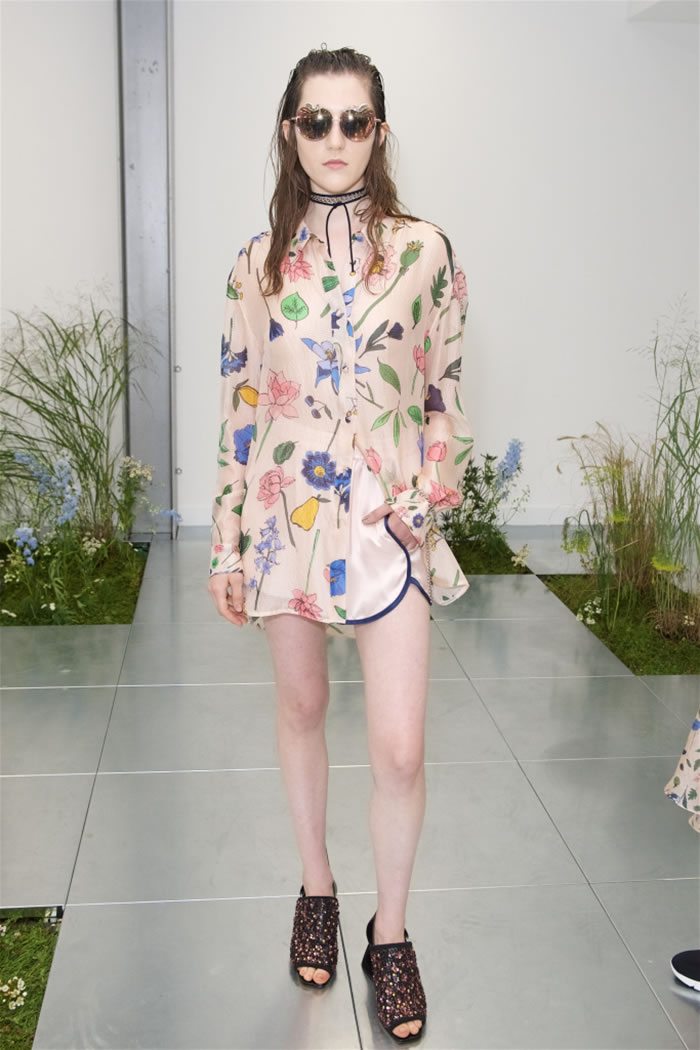 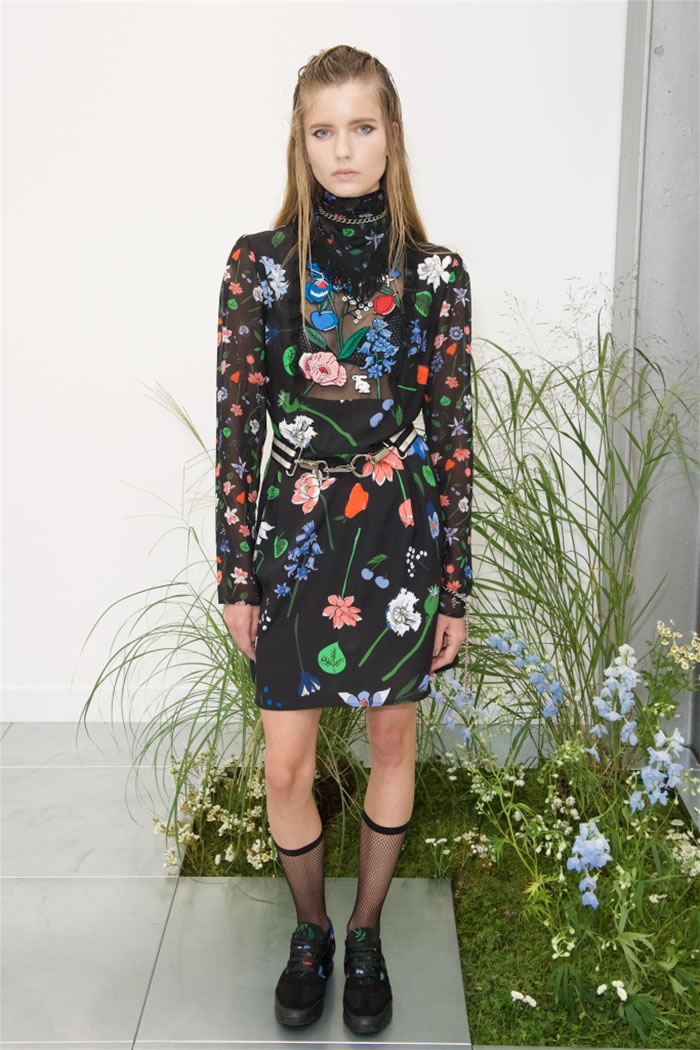 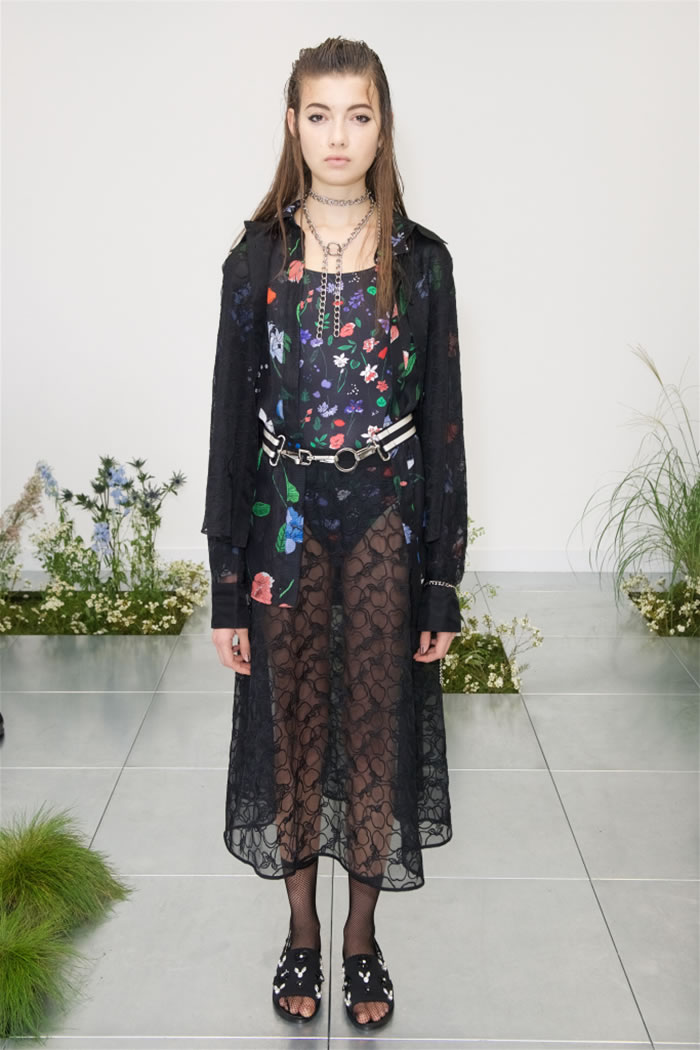 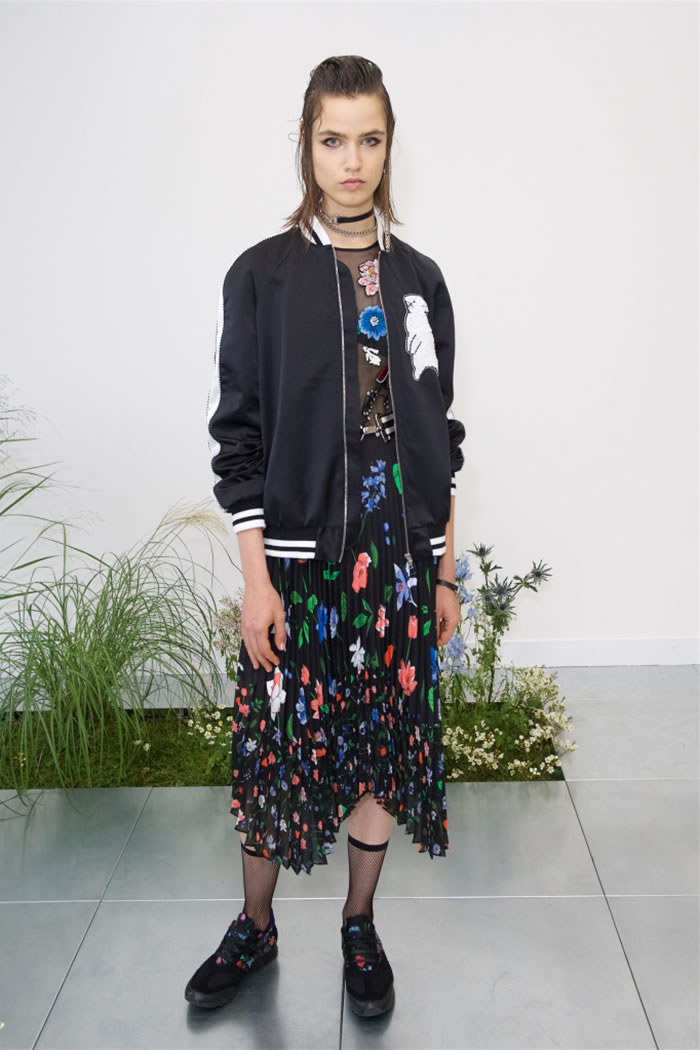 Markus Lupfer fused a youthful, rebellious spirit with elements of British heritage this season. “I call her a bit of a romantic rebel,” said Lupfer of his muse. “She’s soft and she’s airy, but she’s got an edge.” In terms of inspirations, the designer looked at everything from British boating fabrics and countryside florals to the Teddy Boys and Teddy Girls of the Fifties.

As a result, the looks played on the contrast between the urban and the bucolic. A red, floral-print tea dress with ruffles at the shoulders was worn with a heavy chain choker, while a black chiffon top embroidered with vibrant flowers was paired with silky track pants and a black nylon parka.

The designer continued to develop his cute, conversational prints. This season, a leaping rabbit print appeared on breezy parkas and pleated, midlength skirts. This magpielike mix of patterns and prints added up to a wearable collection with a sense of attitude.