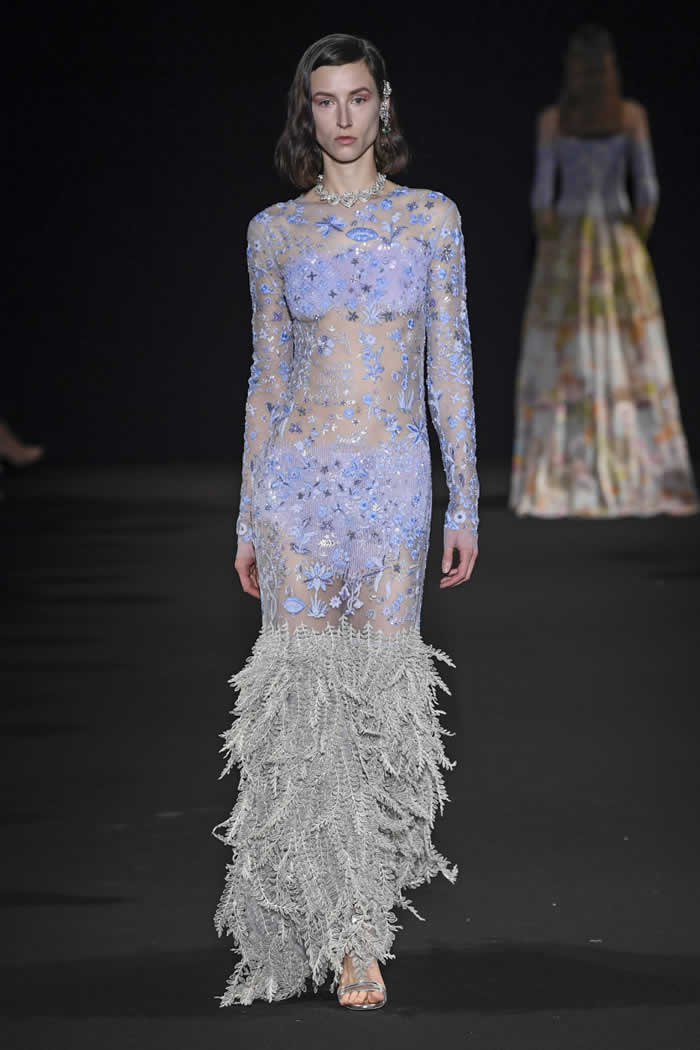 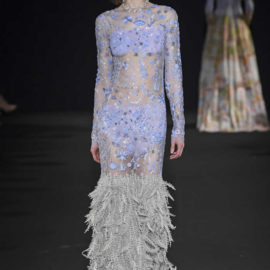 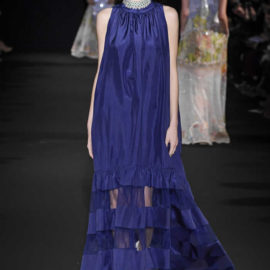 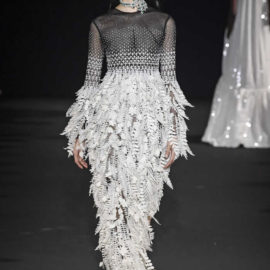 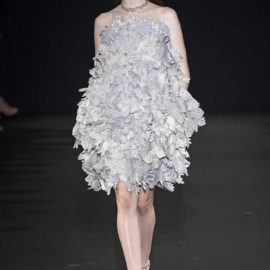 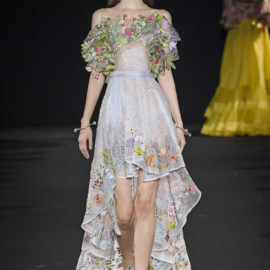 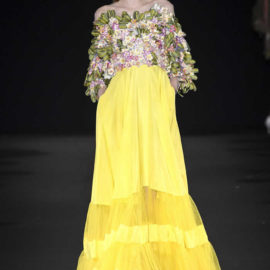 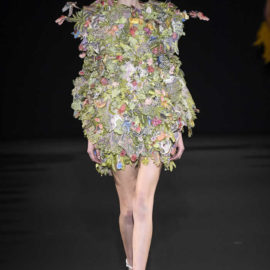 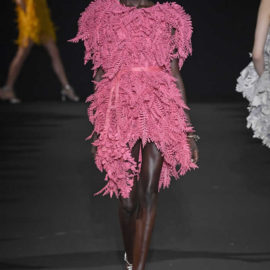 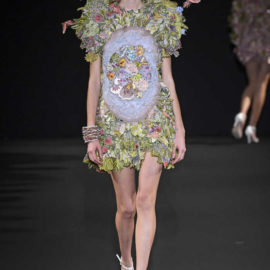 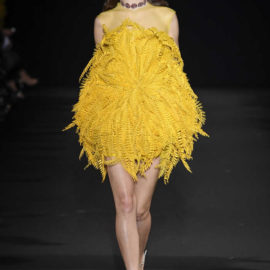 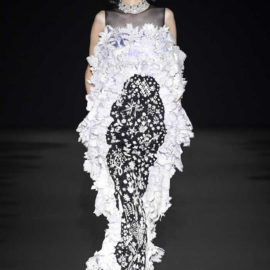 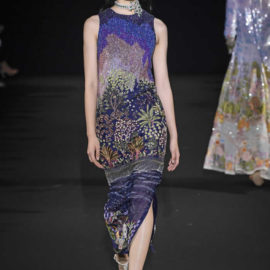 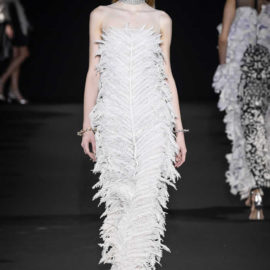 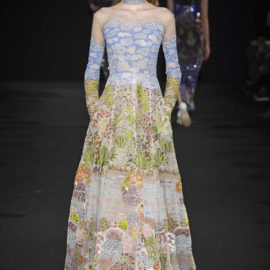 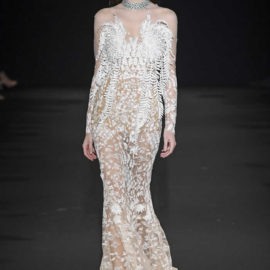 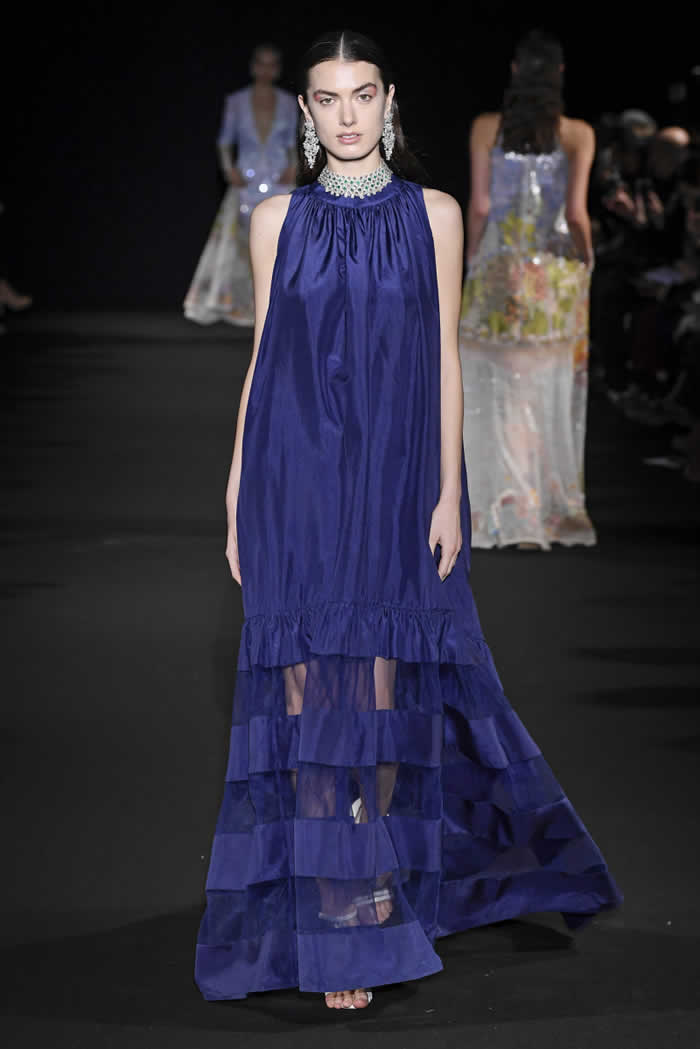 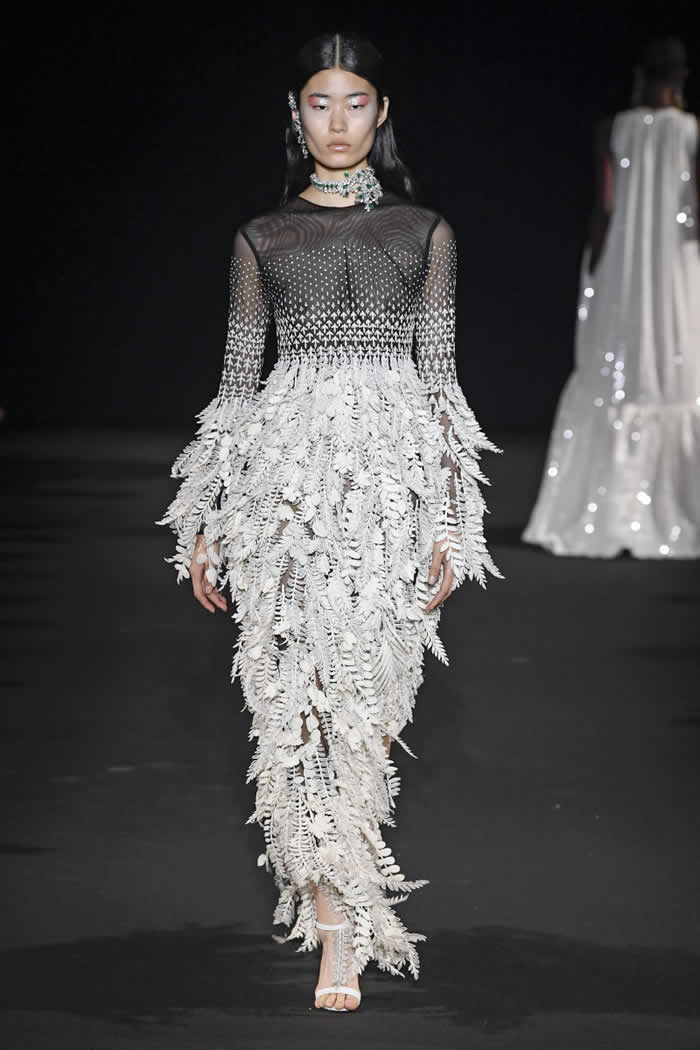 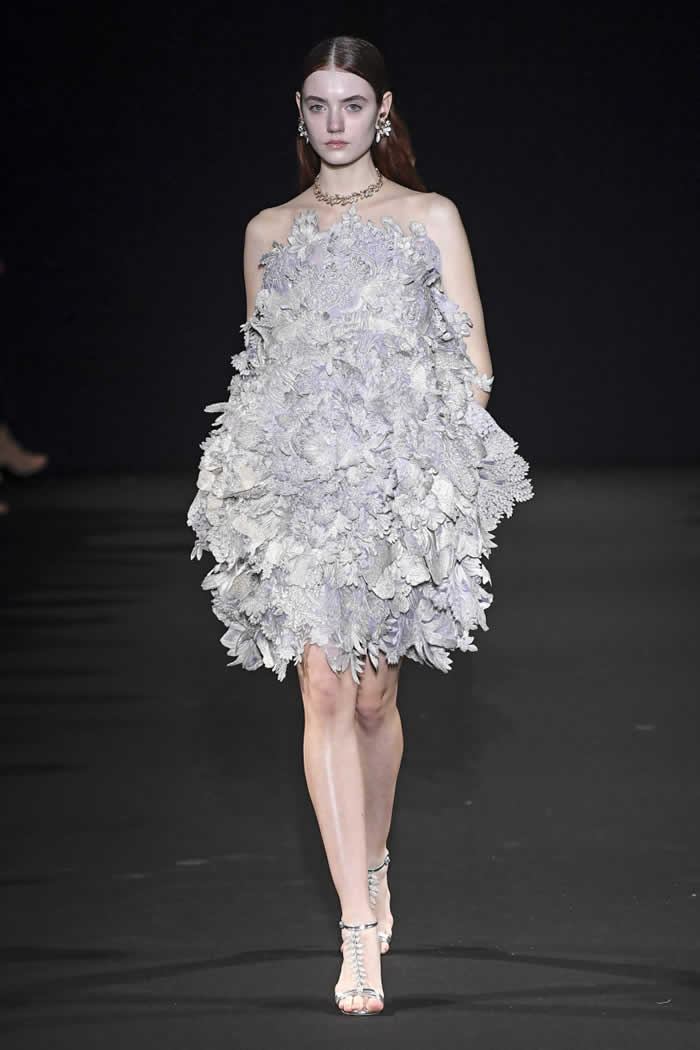 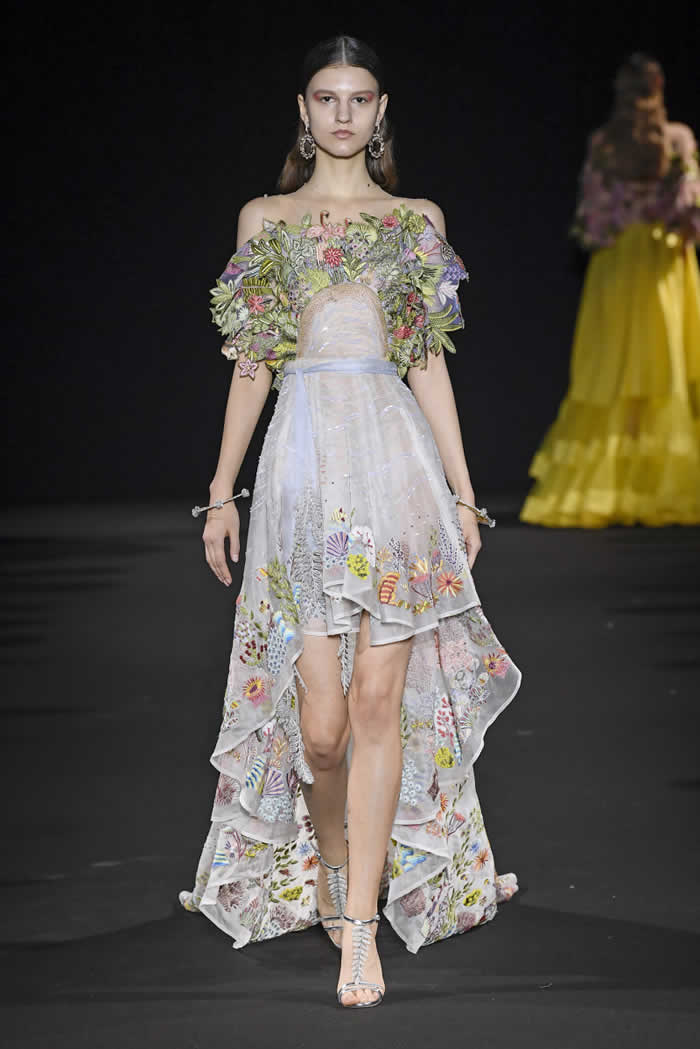 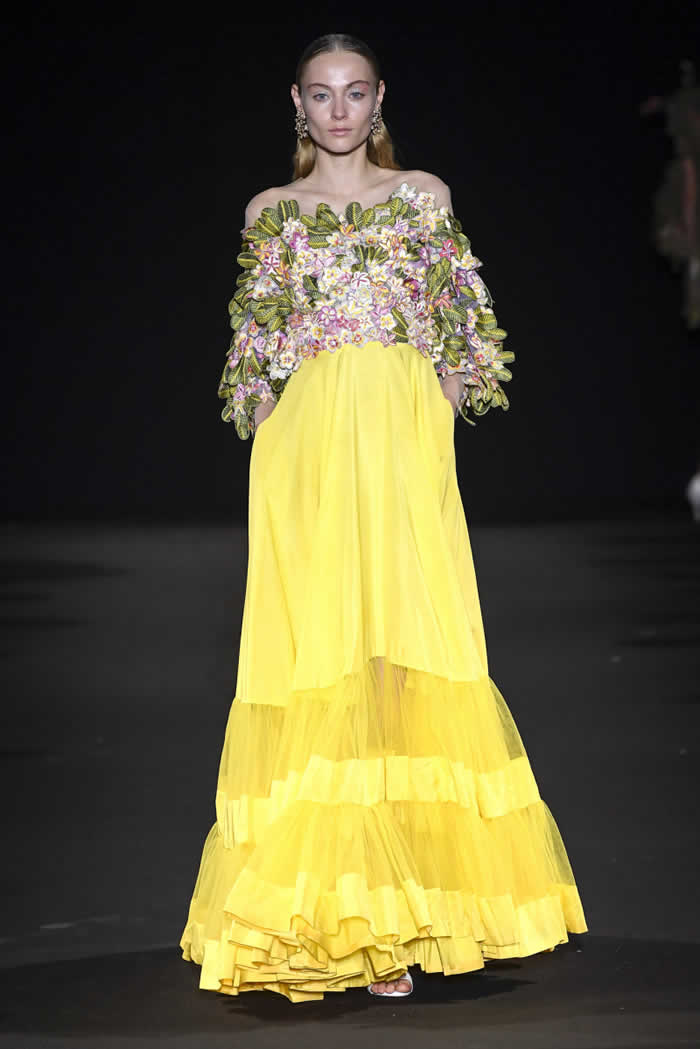 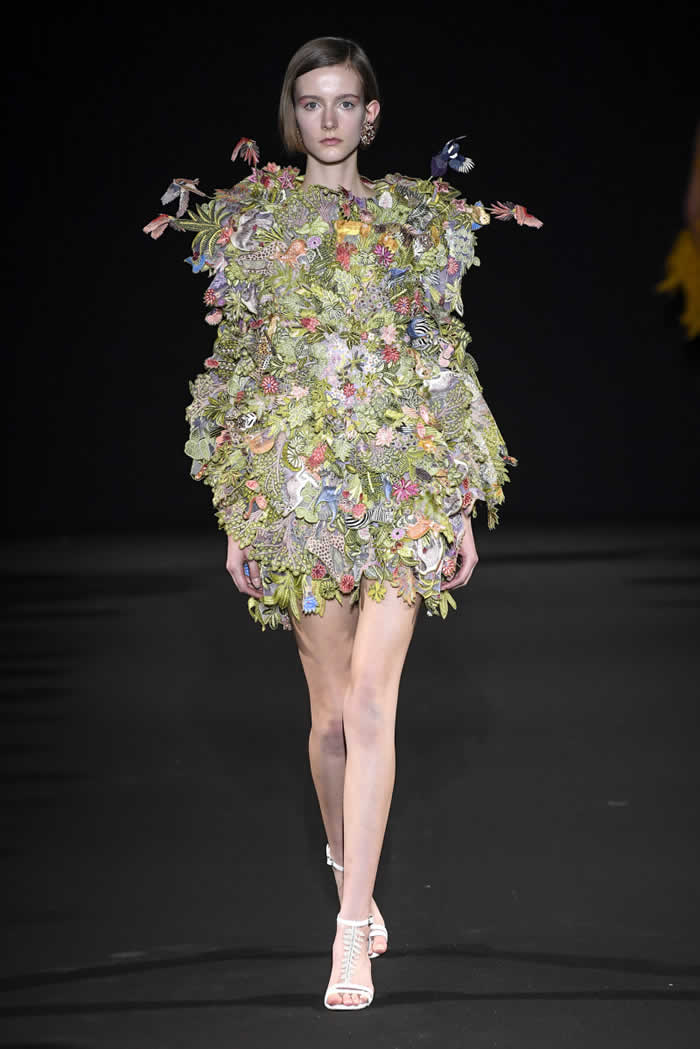 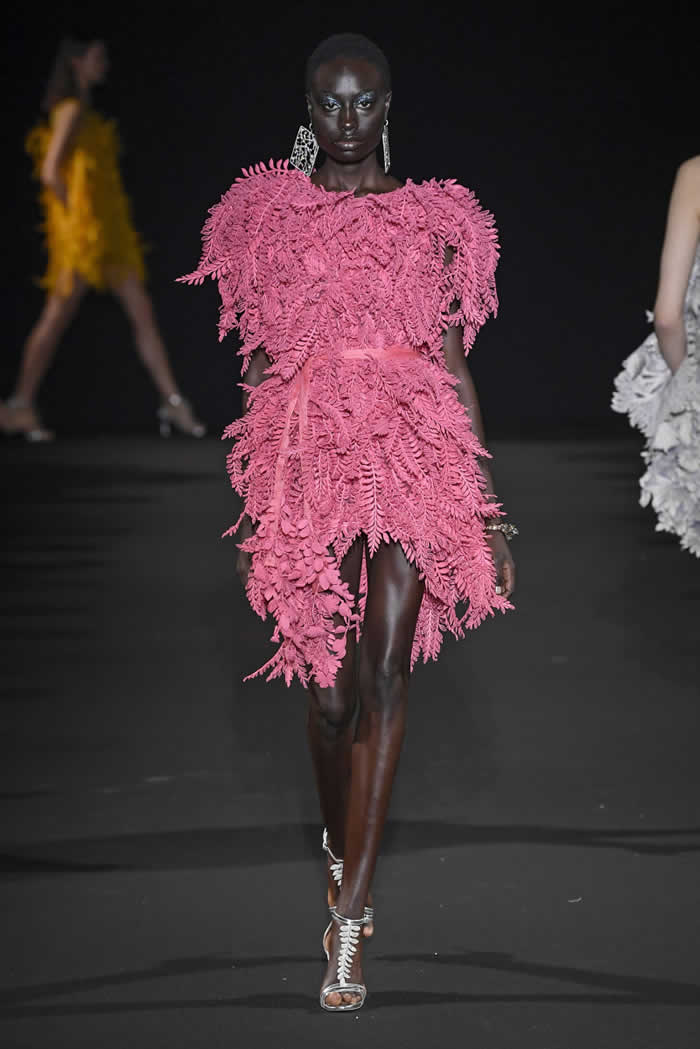 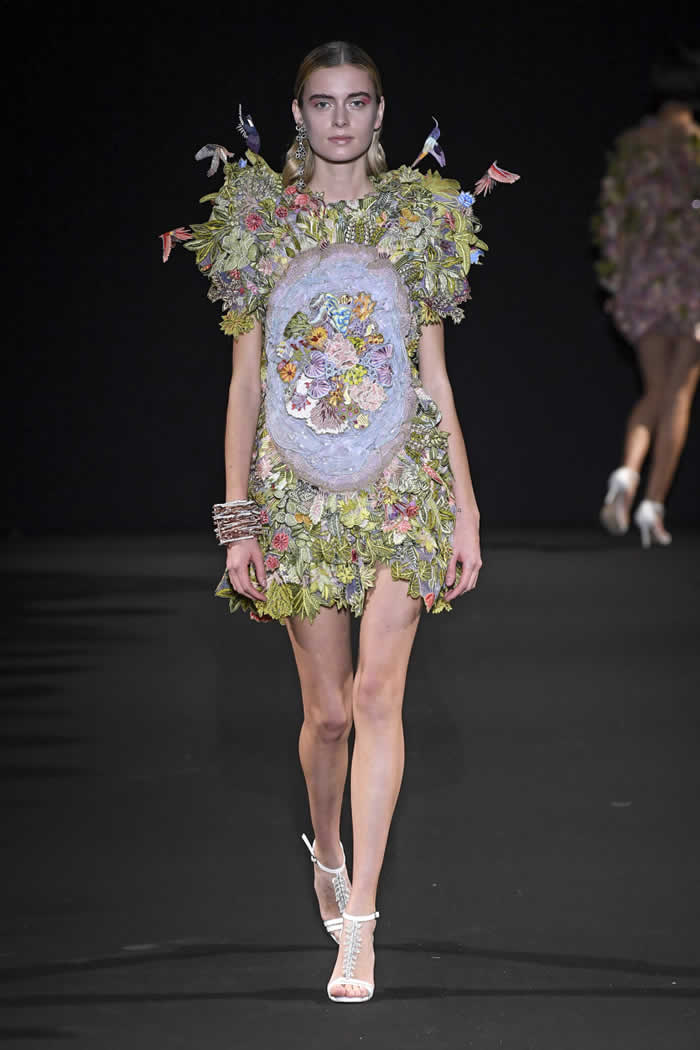 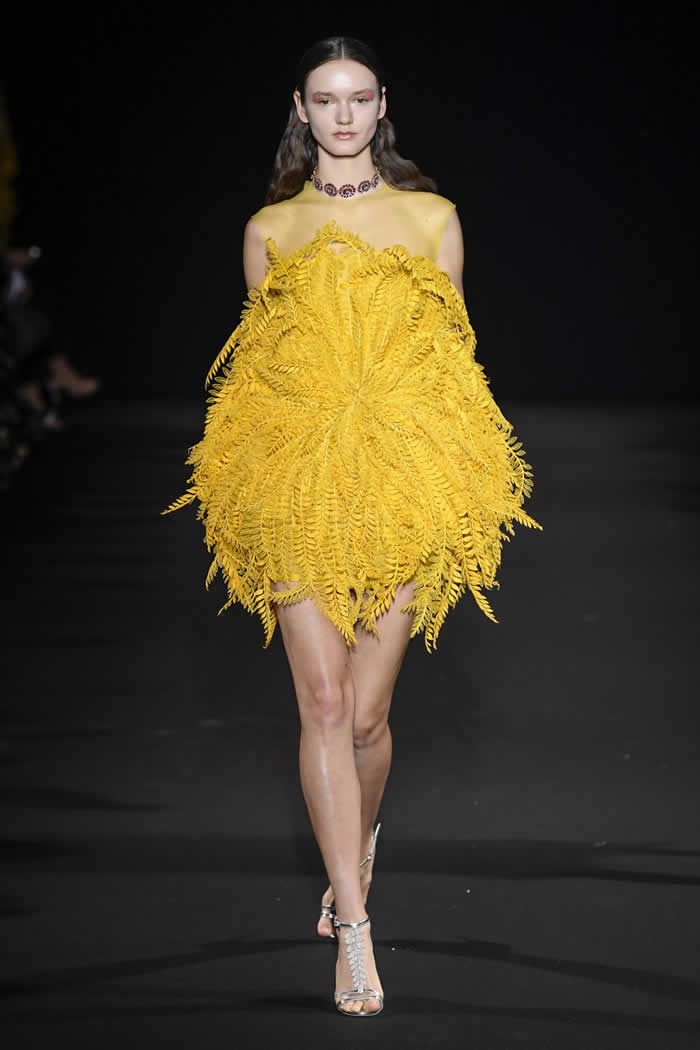 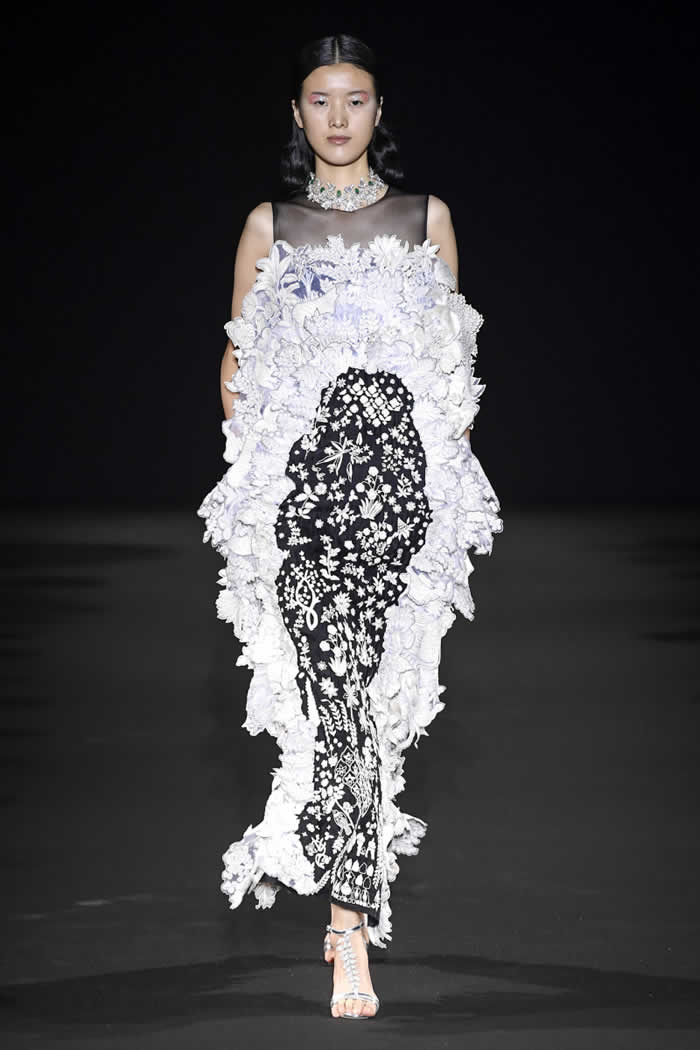 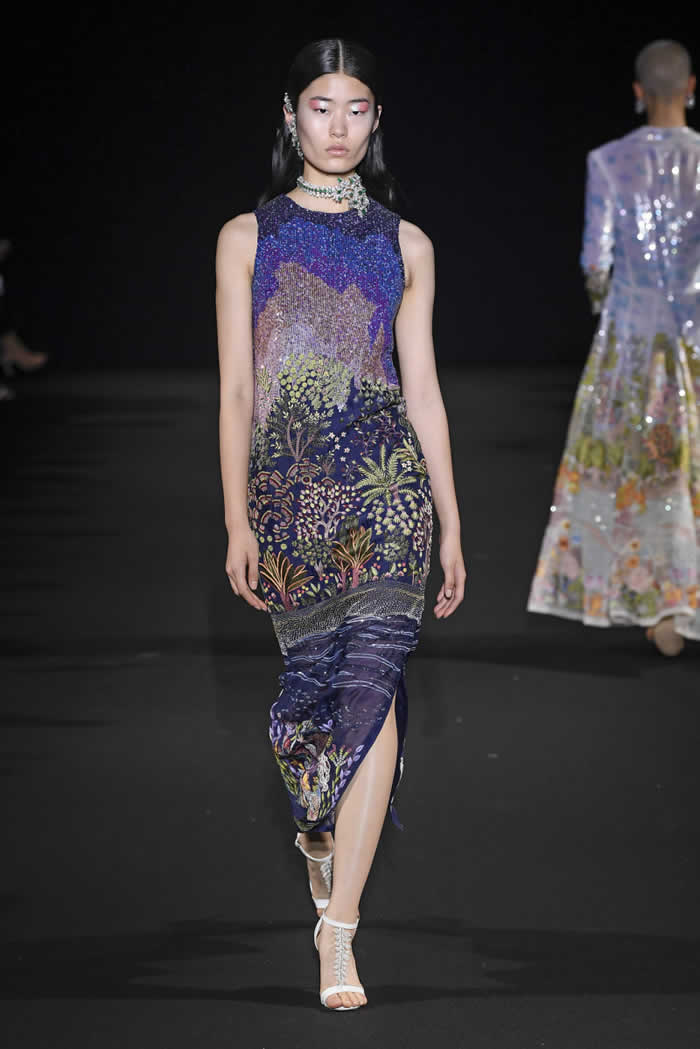 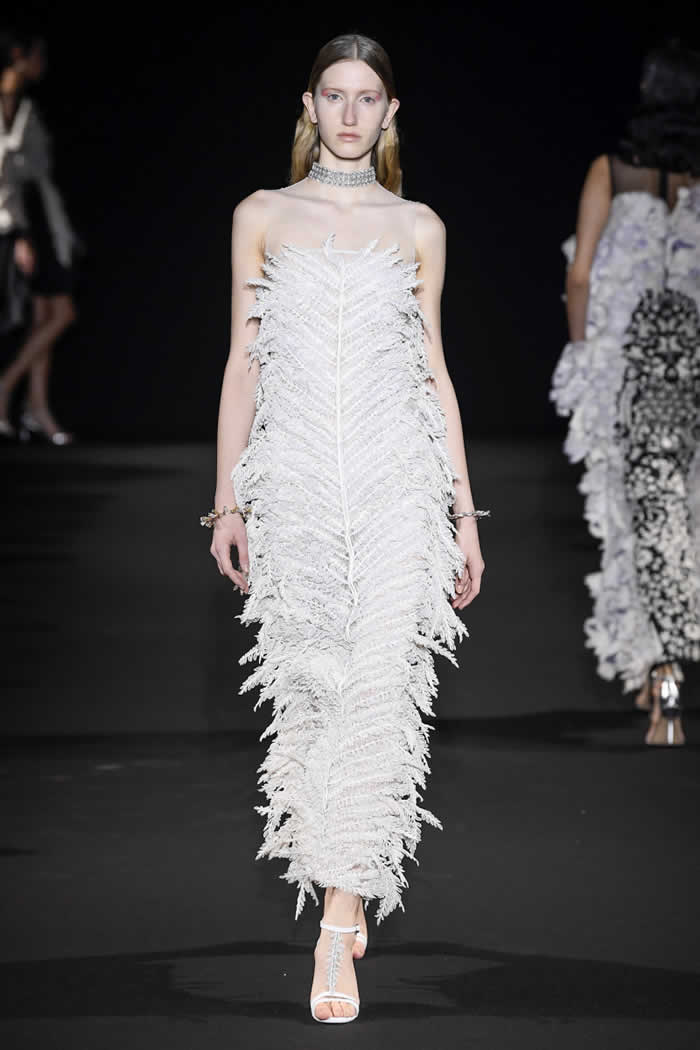 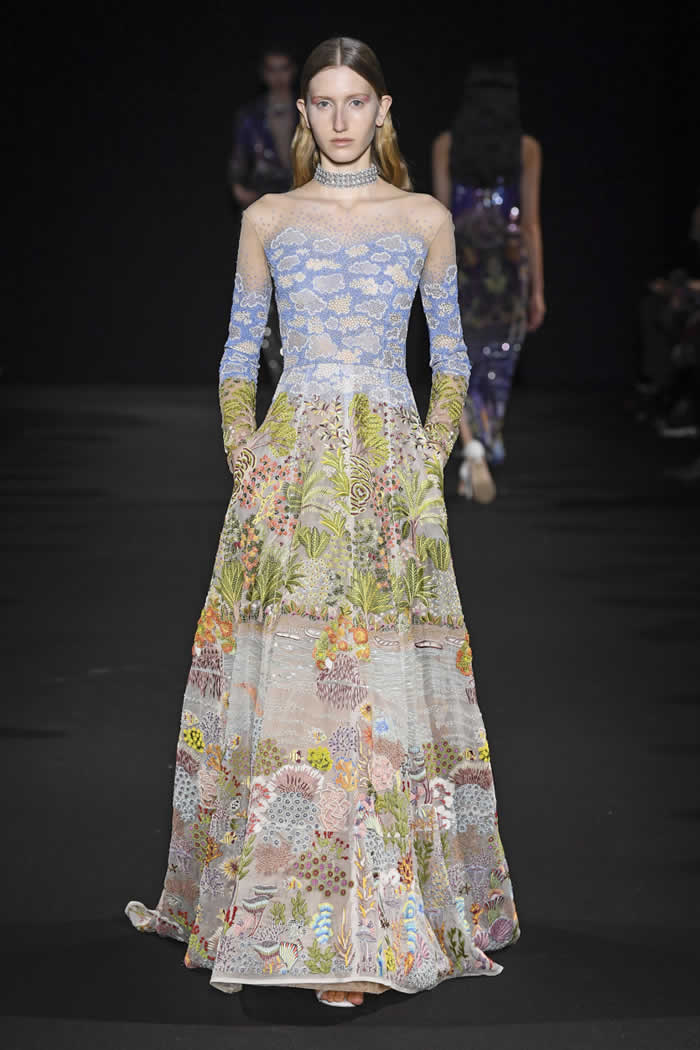 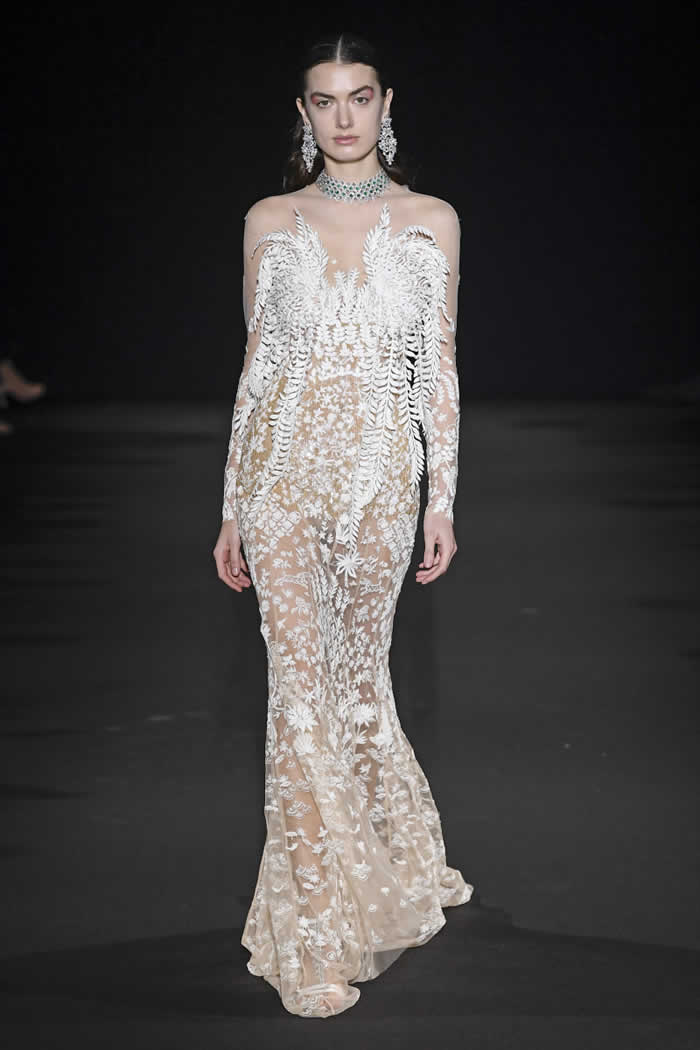 Rahul Mishra recreated underwater landscapes and tropical flora with his breathtaking 3-D embroideries with his first show as a guest on the couture calendar.

With his first runway show as a guest member of the couture calendar, Rahul Mishra took his inspiration from underwater landscapes and tropical flora, marked by their contrast with the polluted landscape of New Delhi.

In his Rousseau-like tableaux, fern-like fronds of foliage undulated, first in shades of off-white, before making way for a palette in myriad shades. The leaves provided an original alternative to feathers on the hems of gowns and appeared like teaming coral reefs in vivid shades of yellow and pink.

Alongside his dresses z  in long and voluminous shapes or as highly embellished shifts — long tailored coats were worked in allover embroideries, depicting the varying shades of the sky against the wildlife of the Himalayan foothills in a canvas of sequins or beads.